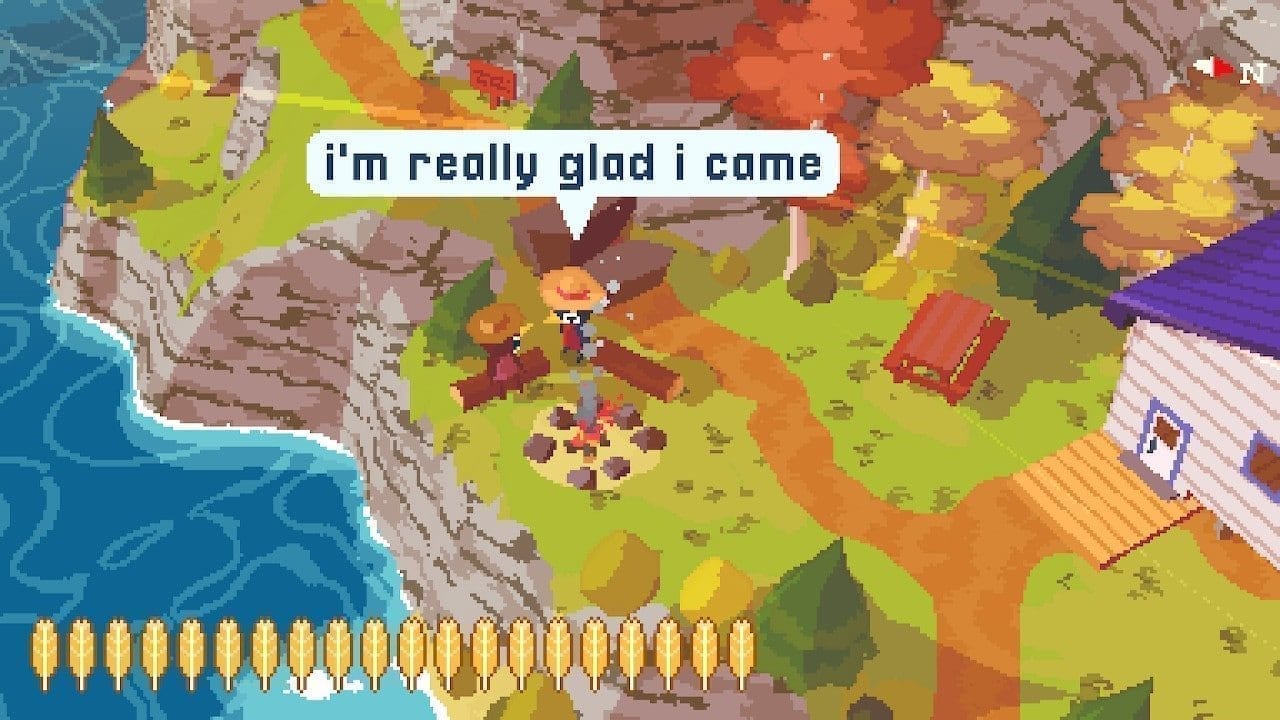 A Short Hike does a truly wonderful job of getting the audience to start playing it and players are immediately greeted by incredible charming graphics. These visuals are akin to Animal Crossing Wild World or Zelda on the original DS. In our A Short Hike review, we’ll take a look at this unique game to see what makes it so special!

After taking in these unique visuals, you are simply asked by your character’s aunt to explore the Hawk Peak provincial park to your heart’s content. The end game is immediately apparent, to climb to the summit of Hawk Peak to make a phone call. However, the game’s world immediately opens up to the player in every direction. This allows you to go wherever you like and do whatever you want from the very start.

An Island with a lot of Charm 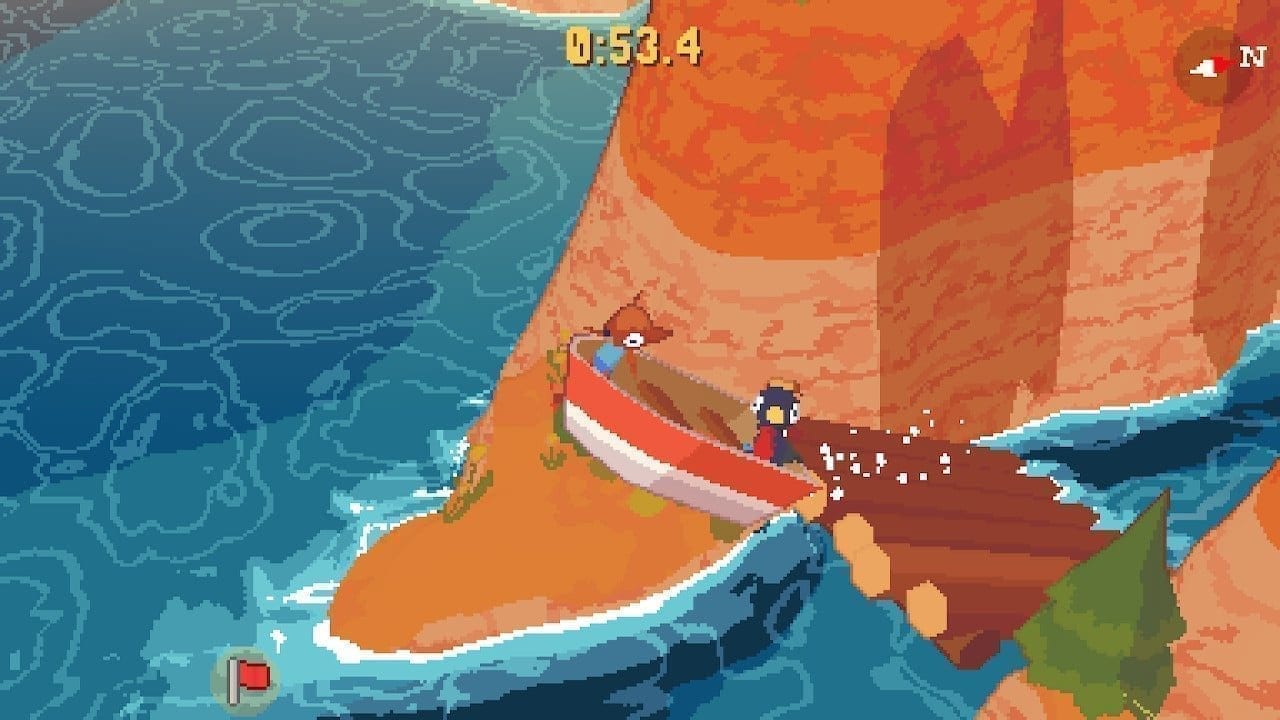 The island is where the real heart of A Short Hike lies, in both exploring and killing time. Much like the protagonist Claire, you know that at some point will have to climb the mountain. Until then, however, you can spend your time fishing, ruining parkour races, or driving a motorboat with your friends.

There is also a real lackadaisical feeling to the various mini-games that can be found in A Short Hike, and each one is unique and fun in its own way. The game does a very good job of incentivizing players to partake in these side quests and mini-games as well, both through the in-game rewards and the small storylines told within them.

Rewards vary quite a bit, but the main prize is golden feathers, which increase your flying abilities and will be needed to climb Hawk Peak. Other rewards act more as fun extras. These include an array of wearable hats and a pair of running shoes.

Narratively, each of these side quests acts as a mini vignette. In each story, you get to learn a little about whichever friend or fellow hiker you are interacting with. My personal favorites involved talking to a struggling painter who doesn’t know if his paintings are good enough for an upcoming art show, and you have to persuade him otherwise.

Another highlight involved going out on a boat with one of your friends, only to break it. You then have to take it to be fixed without your friend finding out. This was a really funny interaction, as are many of the others.

None of these stories are deep and dark in the way that almost seems to be expected from indie games nowadays. Instead, they are heartfelt and I had a very pleasant time getting to know everyone else in Hawk Peak.

A Hike with a lot of Walking 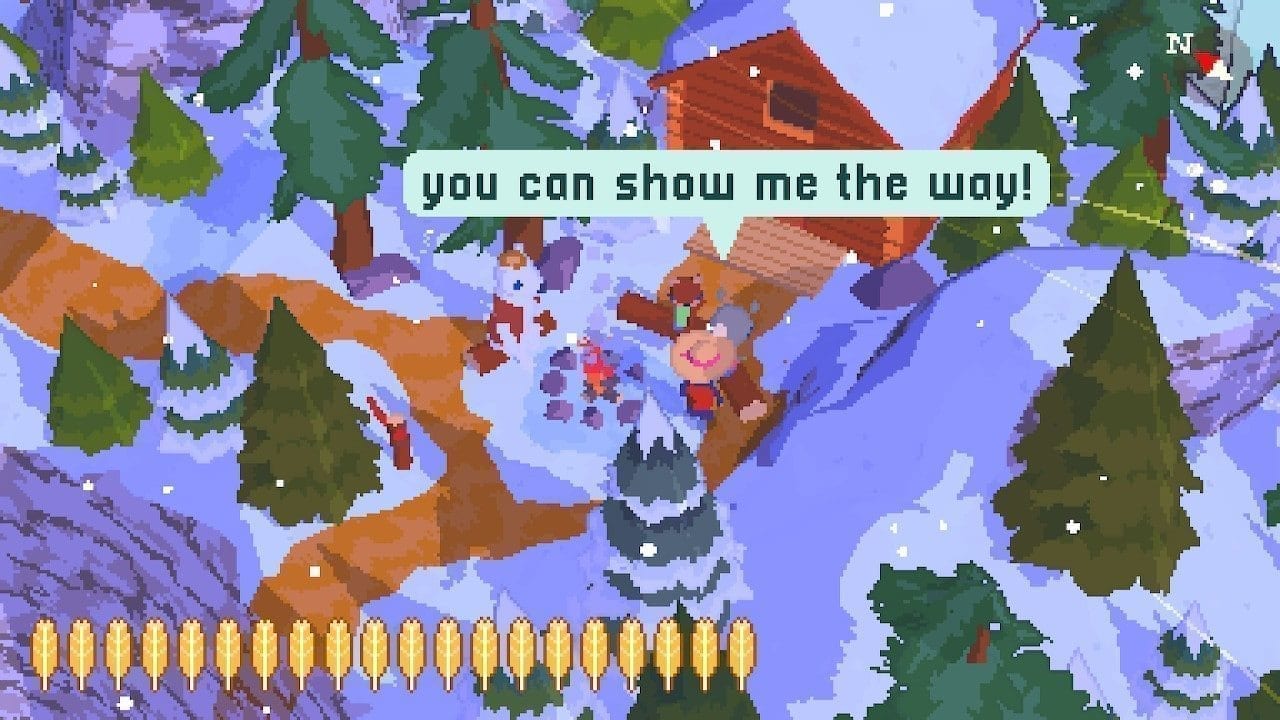 I had hoped for charming visuals and relaxing storytelling in A Short Hike and from the moment I pressed play I got exactly that and was not disappointed. What really took me by surprise however was how well the game controlled itself. There is something intrinsically satisfying about how A Short Hike plays.

The core walking controls are great and feel very tactile, but the flying and gliding controls are where the mechanics really stand out. Once you have enough golden feathers, you are able to soar around Hawk Peak with ease and it feels simply amazing. Climbing up rocky surfaces, swimming across lakes, and through the sea are equally nice to control and allow even more traversal options. At times the movement in A Short Hike feels as limitless as Breath of the Wild and is honestly better to control than the latest Zelda game.

The one slightly off element to control is the camera movement. The amount you can move the camera is very limited and it will also often turn by itself. This can be irritating when navigating such a tall and expansive 3D space. Further, the camera has a nasty tendency to snap around 180 degrees while gilding, only to snap back again two seconds later. This too can be frustrating at times. While the camera doesn’t ruin the game by any means, it is still worth noting.

A Climb to the Top 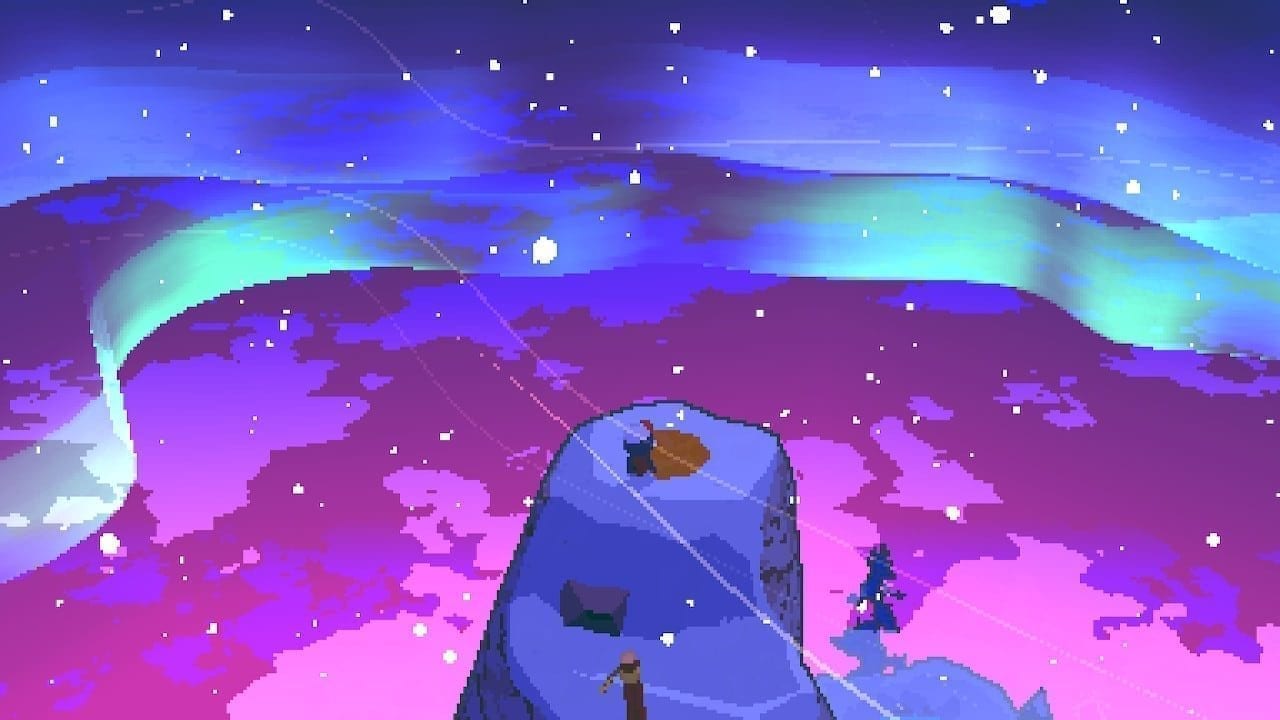 A Short Hike recommends you collect seven golden feathers to make the final ascent. However, there are in fact 20 of them, as well as two silver feathers, which increase your flying and climbing speed. Of course, these are hidden across the game’s world. I heartily recommend you collect them all and explore every nook and cranny before heading to the top of the mountain.

The final hike isn’t very challenging, but it certainly has an air of tension that isn’t found anywhere else in the game. A new mechanic is introduced in the snowy region around the peak. For example, your feathers no longer recharge when used due to the cold, and if you want to fly, run, or climb again once your feathers have run out you’ll have to find hot springs and campfires to warm up.

Once you successfully traverse these icy obstacles, and end scene will begin which is beautiful to behold. Claire’s phone call provides some really satisfying character beats and the top of the mountain has some truly amazing visuals on show. Both narratively and visually the ending is more than worth the climb up to it.

Once the game is over you are free to load up your game again and explore anything you missed. There are even a handful of interactions that can only be had after you’ve returned from your hike, though I would have enjoyed a couple more side stories to be hidden in the post-game myself. 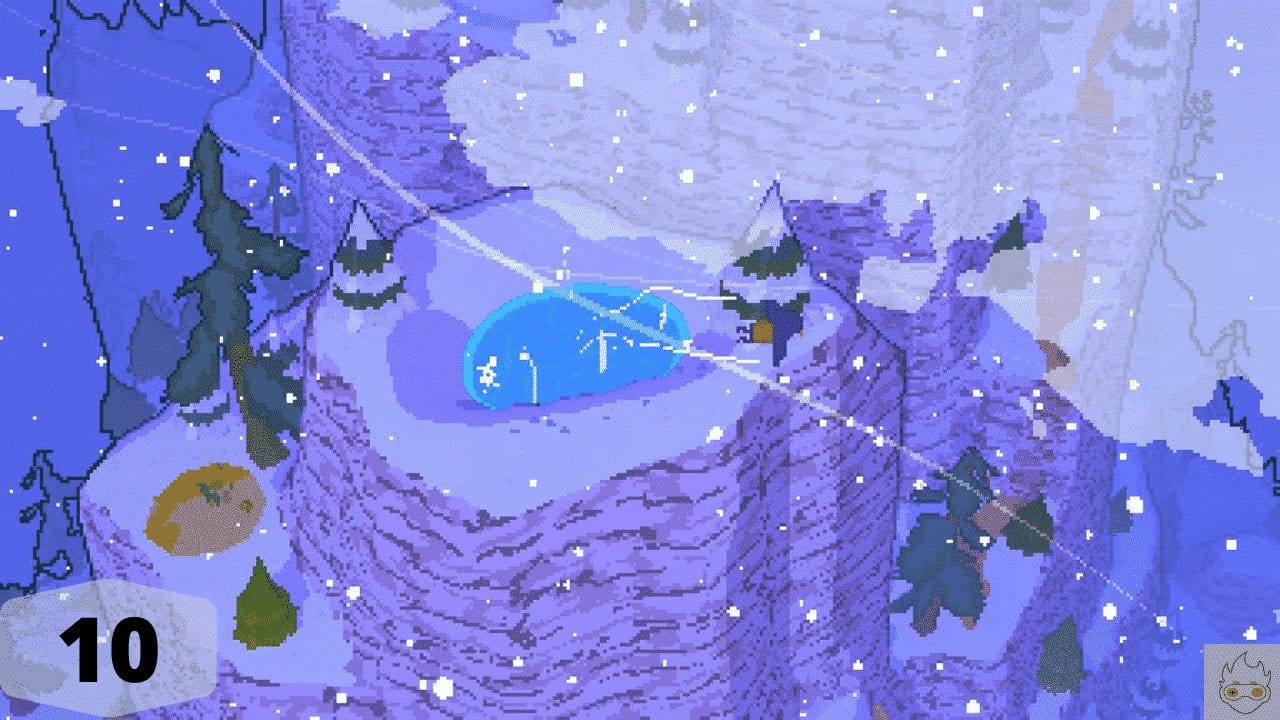 Overall, A Short Hike is a wonderful game. A stylish looking blend of the relaxation of Animal Crossing mixed with the exploration and open-world environments of a miniature Zelda game can only be described as a labor of love. I cannot recommend you play this game enough and therefore must give A Short Hike a 10 out of 10.