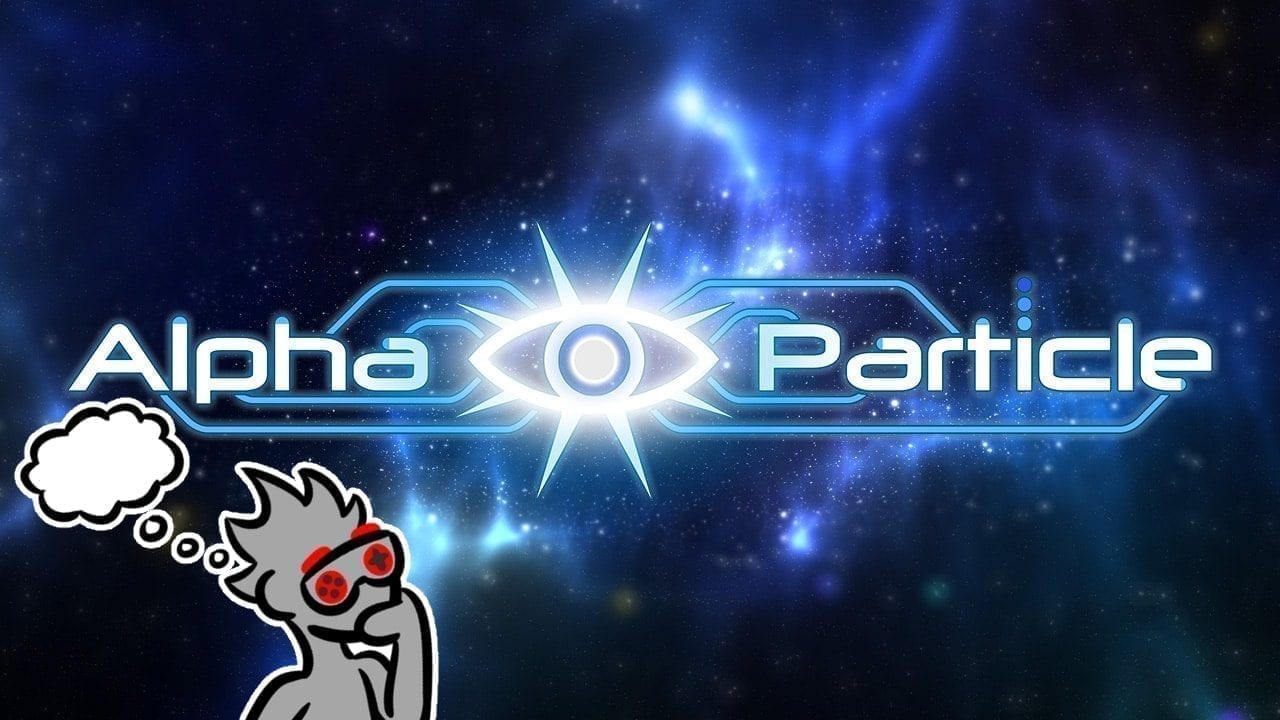 The future is constantly changing, and so is our perspective of it. When it comes to futuristic media, there are a few traditional roads to travel. These days-to-come usually involve robots, space travel, evolution, post-apocalypse, aliens, or a combination of these elements. Very rarely do tales of the future reach a microscopic level. However, an experience like that is exactly what the dev-team Function Unknown is working on. Their upcoming game Alpha Particle follows a particle through a complex space station on its quest to become the Alpha. The idea of particles having a hierarchy similar to organic beings is interesting to say the least, and the demo has more to say about this game’s direction.

Everyone has dreams and everyone is made up of particles. So, by association, every particle has dreams, right? Try not to think about it. The story of Alpha Particle appears to be one of reaching the top. The game starts with a nameless blue-white energy particle being brought into existence on a space station. After a brief orientation, the station’s AI explains that the particle’s purpose is to become the Alpha particle. In order to do this, the particle must travel the station and eliminate all the other particles by any means possible. Okay, crush the competition to become the best by default, let’s do it!

Being a game about particles with a solid science angle, Alpha Particle knows a lot of impressive techniques. Perhaps the most impressive is its twist on logic puzzles. While it appears as a top-down exploration game, there’s a lot of thought behind the gameplay. Being a particle, the player’s options are few, which make mobility and movement so important. The particle needs to alternate between sharp direct movements and free-form moving in order to succeed. Creative thinking and tight controls are the particle’s only option against the station’s defenses and rogue particles.

Then there’s the presentation of the puzzles themselves. The top-down presentation is wide enough to give the player plenty of information on their surroundings. They’re able to plot courses and strategize in order to complete the puzzle smoothly and swiftly. However, the fact that the rogue particles move randomly and unpredictably keeps players on their toes. There’s also the additional challenge that not all particles are vulnerable to the same traps, making strategies more complex. While it’s easy to make mistakes, recovery is so quick that players can instantly get their groove back.

There’s also something to be said for the sci-fi aesthetic. Such designs usually fall into analog-based or overly-digital tech, but Alpha Particle has a bit of both. The setting implies a forgotten project that continues out of habit. It’s highly advanced, but feels retro at the same time. The cold, mechanic environments further highlights the energy and life of the roaming particles. 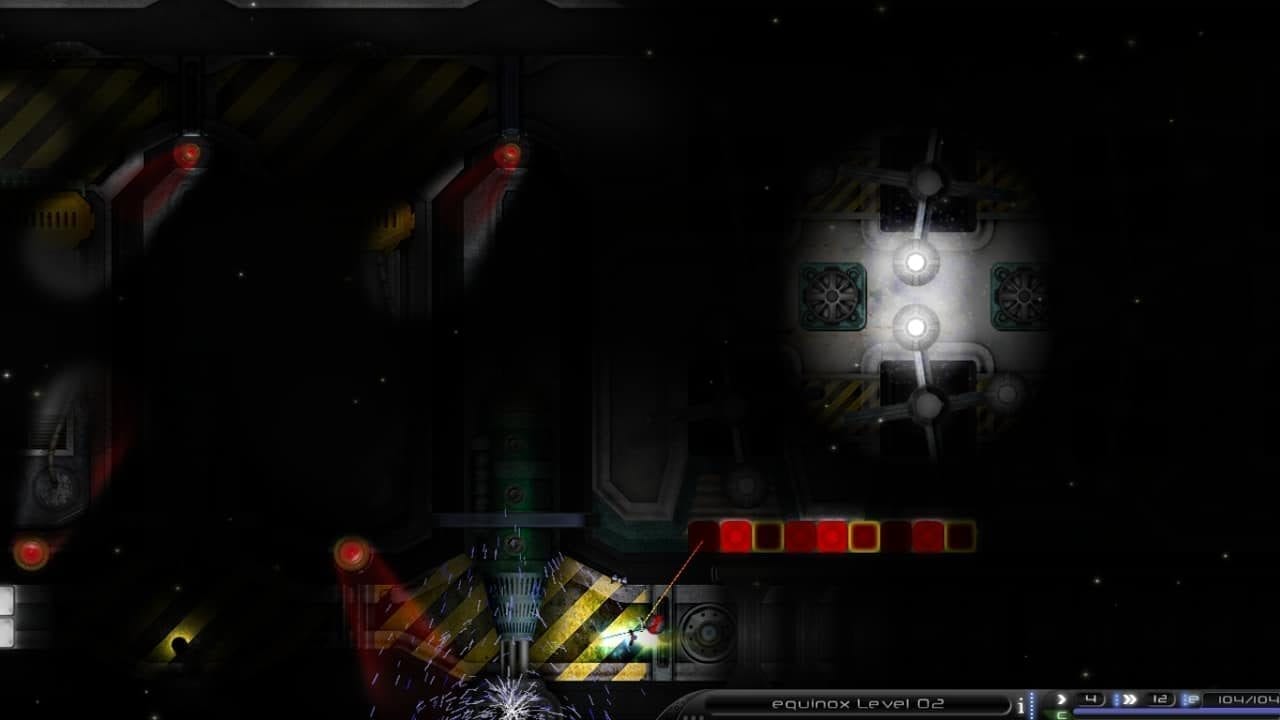 Even the most advanced machines and evolved entities can make mistakes. In Alpha Particle, there some kinks in the system which need to be worked out. The first is the overwhelming darkness. While it does drive home the point that this is a station devoid of life, it works against the player’s perception. Many levels have a pretty dark haze hanging over them which can obscure a lot of the map. Hazards tend to be very visible as do other particles, but paths and open spaces aren’t very clear. Sometimes you don’t know where to go until after grinding against all the walls.

Going back to the level of challenge, it can be a bit too much or too little at times. Since the enemy particles have wild movements, some runs put them in better positions than others. The kind of lessens the value of planning complex or clever strategies. It gives the impression that while a well-devised plan may work, a Hail Mary play is just as effective. The hazards could be a bit too fast for the average person to react to as well, causing players to rely on trial and error.

Aesthetically speaking, while the overall presentation is quite solid, there do appear to be some resolution issues. Players can alter the settings to minimize the blurriness, but the issue remains. At times the sound and music feels inconsistent which can be a bit jarring during gameplay.

What A Particle Becomes… 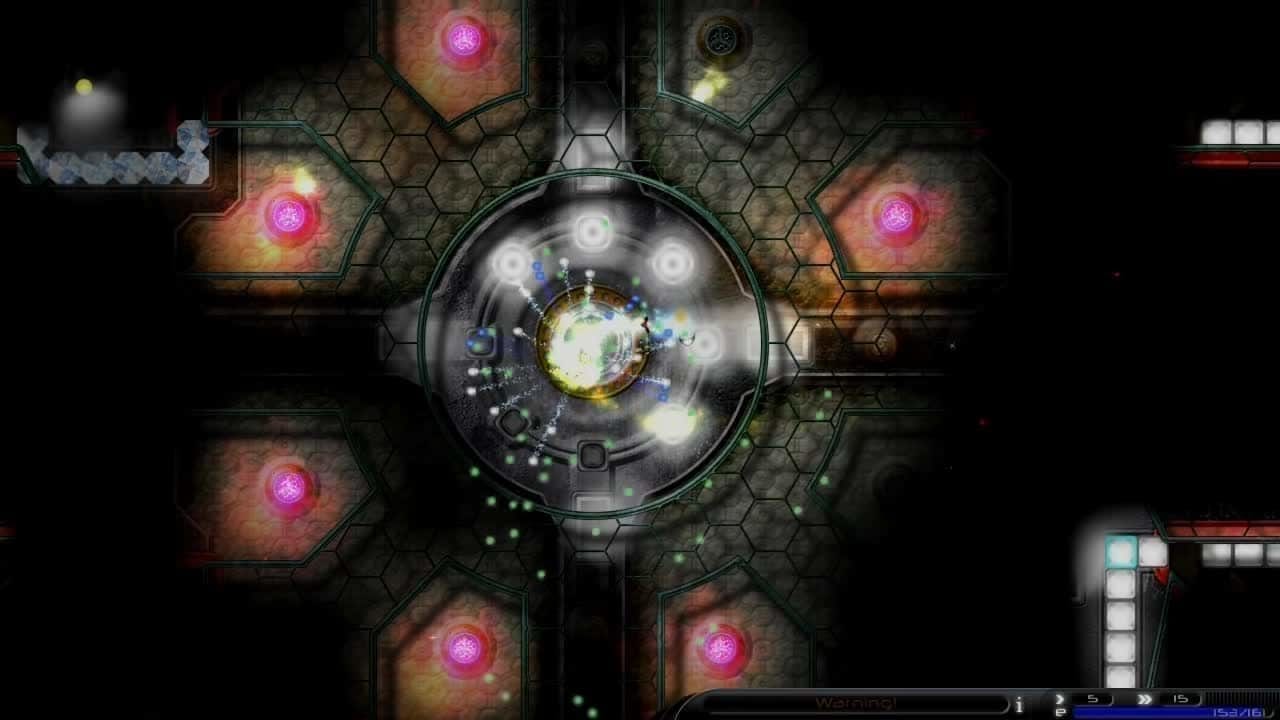 A particle can supposedly become anything or perhaps become part of anything. Until the final version of Alpha Particle comes out, we’ll just have to speculate using the demo. Function Unknown is building what could become an exciting logic puzzle sci-fi adventure. Still, the game has room for more further refinements in sound, difficulty, and overall visual appeal.