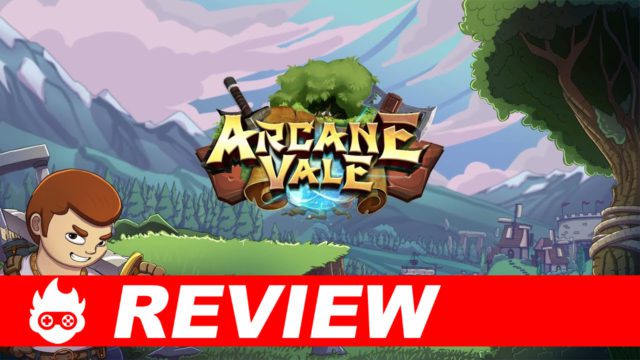 The number of fantasy realms is seemingly infinite mainly due to the fact that game designers keep creating new ones to explore. That’s what Dynamic Zero did when they developed Arcane Vale. This game combines RPG hack-and-slash elements with some life sim mechanics to cover multiple bases. You’re guiding an adventure through a 2D pixelated land with lots of people to talk to and lots of monsters to fight. But, there’s also a path for the more relaxed fantasy player who wants to start a farm and a business. With such options, you’ll need to find or even make your own fun.

Where is Arcane Vale? 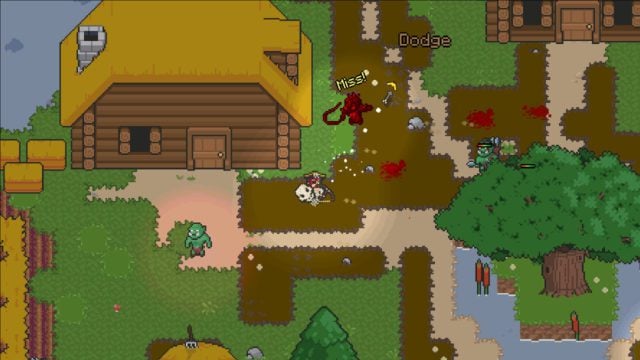 Fantasy worlds usually spend some time setting everything up before diving right into an epic story. With Arcane Vale, the game lets you figure things out and gives you an overarching goal to pursue. You are the child of an elderly farming couple living on a small but vibrant island. After doing some chores, your father tasks you with going after a treasure he never found in his youth. With one half of a treasure map, you’re sent off to the mainland to get the other half, find the treasure, and see what the world has in store for you. You’ve gotta seek AND earn your fortune, hero. 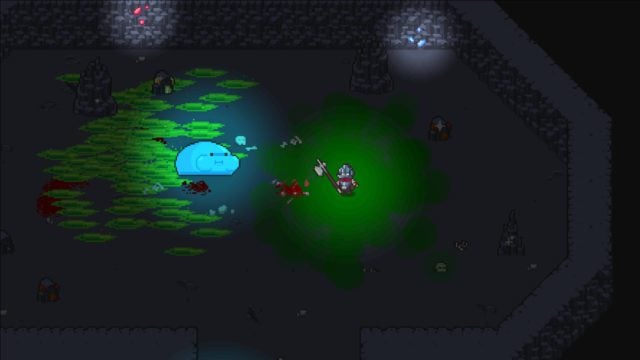 When a game presents you with so many activities, the trick is to make them connected while also distinct from each other. In terms of Arcane Vale, this is achieved effectively with a solid layout. The first part is an epic RPG adventure. Your little hero is surprisingly well-versed in a number of disciplines and gets better simply by practicing with the associated equipment. By doing this, you can end up with a gun-slinging magic knight who cooks quality rations. You’re then free to explore much of the land from the start and take on whatever situations you feel that you can handle. This makes every encounter a potentially lethal one which keeps things tense and exciting.

On the other hand, there’s the life sim aspect. Having grown up on a farm, the hero is trained in a number of skills handy for comfortable living. Once you get the hang of things, you’re able to gain access to a farm plot to do with whatever you want. If you need a break from fighting mobs and too many close calls, feel free to take up fishing. You can also harness and develop your farming, harvesting, and crafting skills to set up whatever kind of situation you want. With so many NPCs to provide materials and inspiration, it really makes you feel that you’re becoming part of a community.

Arcane Vale Can Be Too Vast 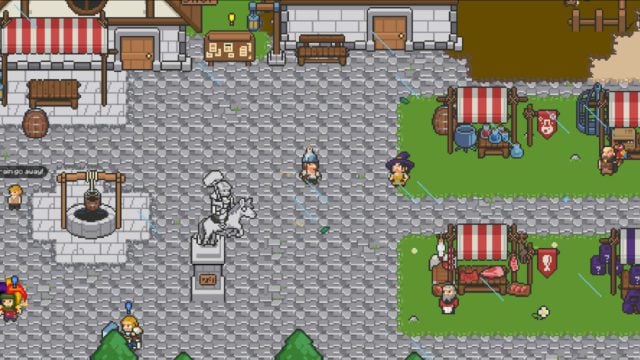 There’s excitement in the unknown, but a little direction never hurts. With how much Arcane Vale has to offer, it kind of leaves you too much in the dark. You do have the main quest, but it doesn’t take long before you’re running into NPCs who are filling up your agenda. It’s also never clear what the progression is since there’s no indicator for difficulty level. What makes any quest harder is the technical issues in the controls. Swinging weapons isn’t one-to-one and hitboxes on enemies don’t always register on direct hits which can be frustrating. Also, considering how nice and sharp the pixel art is, the UI completely conflicts with it in terms of graphics and quality.

Arcane Vale is a 2D pixel RPG adventure with some life sim mechanics for variety. It offers a lot of freedom with plenty of choices in both the questing and management aspects of the game. Unfortunately, it still needs to sort out the technical issues to make the controls tighter and more consistent, clearer quest progression, and a more fitting UI. If you’re willing to venture past this, send us a postcard from the arcane vale.