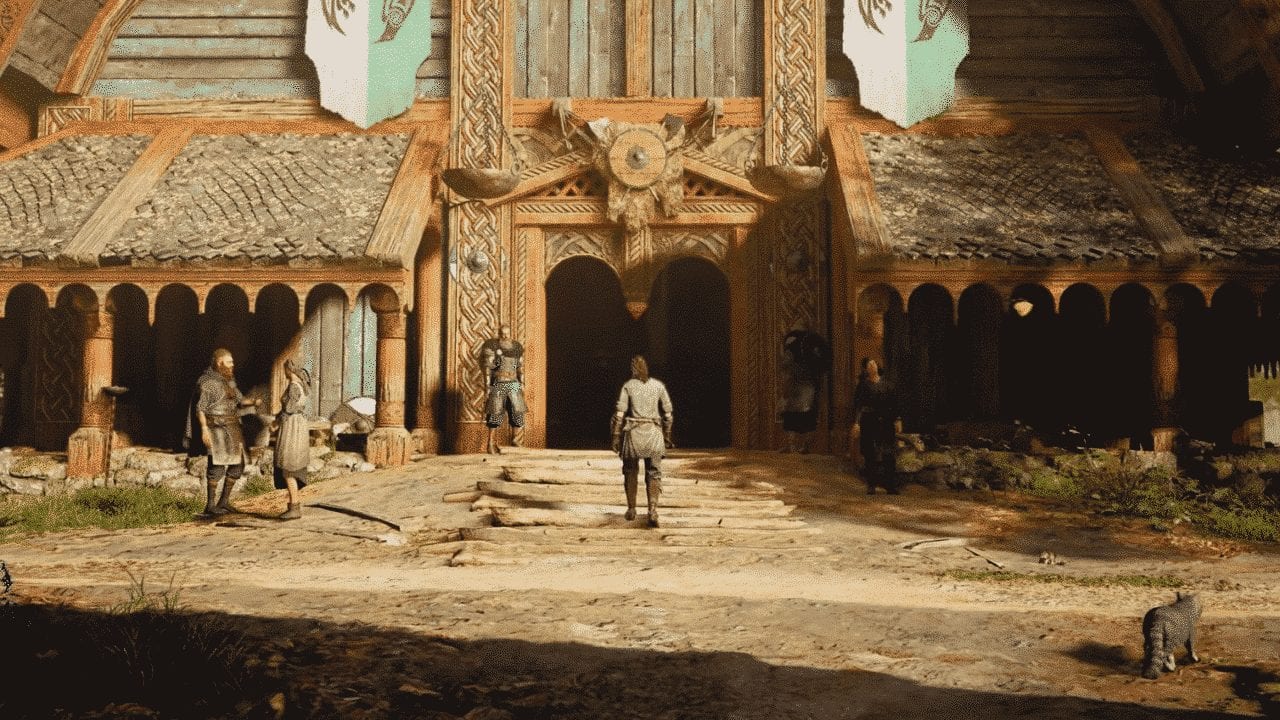 We’re in the late game now, fellas! AC Valhalla’s midgame quests are long and difficult. We don’t blame you if you’re confused about objectives or materials. The Going Deeper quest is especially tricky, requiring you to scour the map for resources. So, if you’re working towards the endgame, and are looking for where to find things, we don’t blame you! This guide will help you get through Valhalla‘s Going Deeper quest.

How to Complete the Going Deeper Quest

The Going Deeper quest in Assassin’s Creed: Valhalla is a multi-part mission that will allow you to gain the ability to go to Asgard and Jotunheim upon completion. A few parts of this quest can be kind of confusing, so we’ve put together a complete walkthrough to make it a breeze.

Find the Plants for the Going Deeper Quest

To begin the quest, gather the plants in Cent (north of the Dover Cliffs), within a hidden cave. You’ll find the cave a little close to the peninsula on the eastern side of Cent. This is where we’re going to spend most of the quest.

Now, enter the house, and head down the ladder. Use Odin’s Sight to find a hanging key, and jump at it to be able to grab it. That’ll let you into the Cavern of Trials to get Fireweed. To power on, head to the right (the one on the left doesn’t really do much!) until you get another Fireweed and one St. John’s. Keep moving in that direction!

Once you find a rock that you can move… just pull it backward! It’ll open the path forwards for you. Then, in the next room, shoot the hanging net of cargo, which will open the path. For the next few rooms, just keep shooting nets of cargo!

After you’re done moving in circular motions, you’ll need to shoot the lock on a ladder to climb it. Jump from rope-to-rope to get to a key, which you’ll need for a room back a few spaces.

Now that you have a key, you’ll climb up a middle rock. This will lead you to the upper doorway on the left. Ignore the key in this room, and parkour to the other side of the room, which will get you the last two St. John’s that you’ll need.

Before Returning Back to Valka

There are a few things you should keep in mind as you head back to Valka. Follow the ropes left, and climb up to the upper level. There’s a key hanging in the center room. Take that key, and all the others, into the main room with a large rock in the center. Drop to the floor, and your keys will open two doors and a chest. That chest has loads of wealth!

You’re not quite done with the trial yet! Completing it gives great rewards, so let’s push on! Unlock the door to the left of the chest you just looted, which will bring you to another moveable rock. That rock can be scaled, which you should do. Move the rock along that path so you can get to the third moveable rock. Keep parkouring up rocks until you reach a locked door. Turn around, and you’ll see a key that you can jump up and grab. Nice hiding spot, ancients!

There’s also a Treasure of Britain in that rock. Grab that for some free wealth.

Now is a perfect time to head back to Valka. She will make you your potion so you can dream of Jotunheim.

Jotunheim is absolutely covered in quests, so take your time there to get a bunch of loot and figure things out for your character build. You’ll want some extra gear for the endgame!

To finish the actual quest, exit Jotunheim and get to Valka in Midgard. This’ll end the Going Deeper quest in AC: Valhalla. For more on the game, check out the guides below: