Avatar: Frontiers of Pandora Might Break the Video-Game Movie Curse 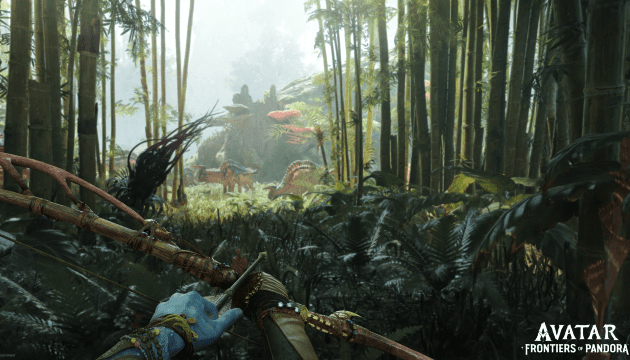 At today’s Ubisoft Forward E3 conference, the publisher officially announced Avatar: Frontiers of Pandora. Set in the world of James Cameron’s 2009 film, it might just change the perception around games based on movies.

Unfortunately, we didn’t get too many details about Avatar: Frontiers of Pandora during the conference, but we did get a look at a few cutscenes that showed off an impressive environment and character design. The game is due for release in late 2022, meaning Frontiers of Pandora will likely tie into the Avatar 2 movie, also due that year.

Ubisoft showed off a brief trailer during the conference, highlighting the world of Avatar: Frontiers of Pandora.  Unsurprisingly, it takes place in the same luscious jungle as 2009’s Avatar. The trailer opens with a tracking shot showing off the vast landscape of the planet, before highlighting its native blue Na’vi, and winged creatures. From green jungles to fluorescent caves, it’s a colorful world rich with wildlife and areas to explore. Several shots take place in first-person, which might suggest that’s the viewpoint from which we’ll play.

From there, the trailer shows off the dangerous RDA, the human villains of the first film. Their mechanical power and brutal machinery is a vast contrast to Pandora’s natural beauty. Whether the game takes place before or after Avatar, we currently don’t know. However, it seems the player will have to fight the RDA, using the Pandoran landscape to their advantage.

At present, that’s all we know, but Frontiers of Pandora is certainly shaping up as an exciting release. Games based on films have never been storming successes, but the sheer beauty of Pandora, and the range of its wildlife, could change that. You can also guarantee that it’s Photo Mode will perfectly capture the stunning planet on which it takes place.