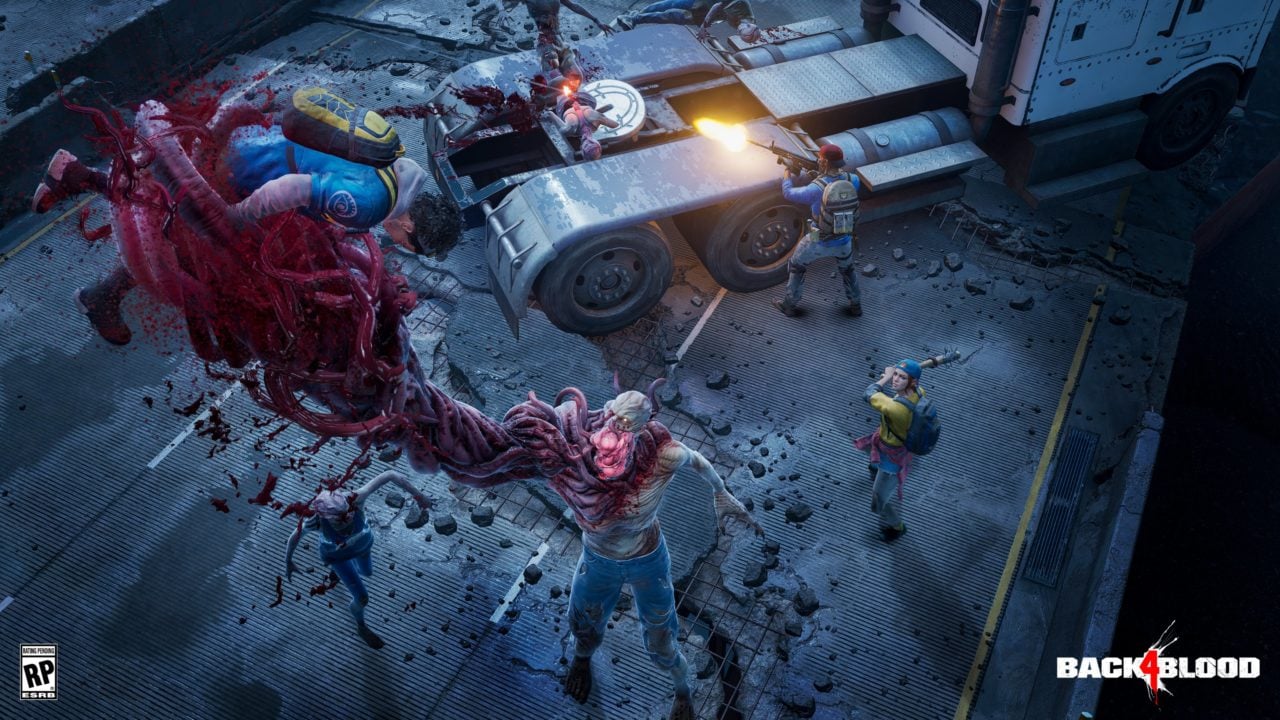 A new Back 4 Blood trailer reveals each playable character’s special power. It shows off eight character abilities, as well as plenty of zombie-smashing action.

First is Walker, the leader of the Cleaners. His proficiency is weapons, due to his military background and has increased firearms accuracy. When you get a precision kill, such as a headshot, it increases his damage, as well as restoring team member’s health.

Next is Doc, a doctor unwittingly dragged into Back 4 Blood’s zombie apocalypse. Unsurprisingly, her focus is squad support, and she boosts a player’s health when healing them close to death. Similarly, she heals players up faster than other Cleaners and also carries a ‘Team Trauma Resistance’ ability, likely linked to reducing damage against explosives.

Karlee is a more sense-based member of the team. She’s able to spot hazards, traps, and enemies before they’re detected by other Cleaners. This makes her crucial in plotting attacks, ensuring there are no big threats in the way. She also has an extra Quick Inventory slot and can increase the team’s overall use in speed of gadgets and equipment.

Next is Jim, the team’s sniper. His proficiency with long-range weapons means he can aim down sights faster than other Cleaners. He also gives all other players a damage bonus when they hit enemy weak spots, and like Walker, increases damage when getting a precision kill.

Hoffman is next, an apocalypse-ready survivalist. His character ability caused enemies he kills to drop ammo upon their death and like Karlee has an extra inventory slot. His presence also increases the team’s overall max ammo capacity.

Evangelo is the team’s newcomer and plays with more agility. He increases the team’s movement speed, can break out of grabs, and regains stamina faster than other Cleaners. He’s joined by Mom, who can revive teammates instantly and brings with her an extra team life and support inventory slot. Last up is the trailer’s narrator, Holly. A college student, she recovers stamina when killing enemies, is more resistant to damage, and increases team stamina.

All these character abilities will be available to players when Back 4 Blood launches on 12 October 2021.