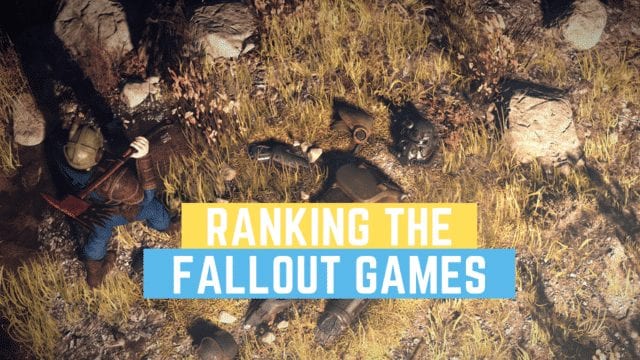 Starting back in 1997, the Fallout series has evolved into a long running franchise, loved by millions of players around the world. With a handful of mainline games and spin off titles, some of the best Fallout games are often forgotten about. From the fictional state of New California to the rolling hills of West Virginia, the Fallout series has played a huge role in forming the role playing game genre. For that reason, we have decided to take a look at the best Fallout games and rank them in 2019.

After the original developer, Interplay, went bankrupt in 2004, Bethesda took over the development and publishing rights for the post apocalyptic series. Since then, the franchise has exploded in popularity and has reached the critical acclaim that is recognized throughout the industry today. With so many different titles, it can be hard to rank the Fallout series in 2019, but we are going to give it a shot.

In the most recent installment to the Fallout series, Fallout 76 explores a different, untouched side of the series. For the first time ever, Fallout 76 was developed with the sole purpose of being a shared, online game. Instead of interacting with mostly NPCs, players interact with other players who are on the same server as them. Instead of working with a preset character, players can team up with their friends as they follow the main quest line and even unlock nuclear launch codes.

While this sounds like a lot of fun, unfortunately for Bethesda (and fans of the series), Fallout 76 turned out to be one of the worst installments in series history. Fallout 76 lacks many things, but one of the main things that it is missing is the connections that have made the series so special. The game is missing a storytelling aspect, which used to be shared through NPCs. Since it is now an online only game, those NPCs don’t really exist, at least not in the same way, leaving the game without an intriguing story, among other things. 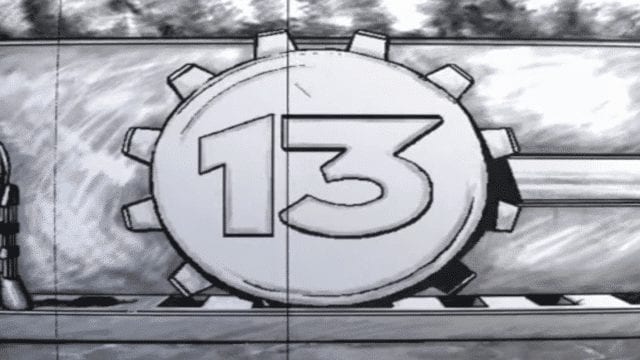 Unfortunately, the original Fallout game simply hasn’t aged well and likely wouldn’t be very enjoyable to most players in 2019. Between outdated UI and graphics, the initial entry to the Fallout series just doesn’t make for a fun game in 2019. However, just because it isn’t one of the highest ranked Fallout games, doesn’t mean it didn’t have a huge impact on the series and gaming as a whole. 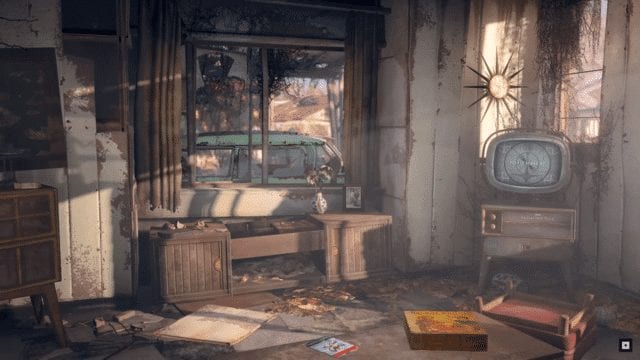 Fallout 4 picks up 210 years after The Great War and follows the Sole Survivor in his journey to be reunited with his son. During the game, players will explore the Commonwealth, help out different factions, and make new friends as they explore the vast world and gather information about their child.

Fallout 4 was the first game in franchise history to offer full voice acting for the games main protagonist. In addition, it gave players access to an extensive crafting catalog, allowing them to use materials collected in the world do build new things for the first time. Fallout 4 was met with high praise for its vast, explorable world, but met criticism for visual and technical issues. 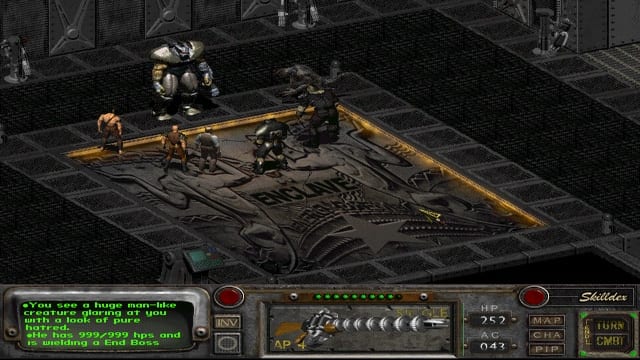 Following the narrative from the original Fallout, the story of Fallout 2 follows the The Chosen One, a descendant of the Vault Dweller in the original game, as he try to save his tribe from starvation. Similar to the first game, Fallout 2 is filled with classic features like NPCs and turn based strategy.

Fallout 2 was well received by the majority of critics and was praised for its overall gameplay and story line. However, some bugs and technical issues did hold it back from being the best Fallout game and everything else that fans had hoped for. Nonetheless, it was still considered a worthy successor of the original game and helped build a bigger fan base for the series. 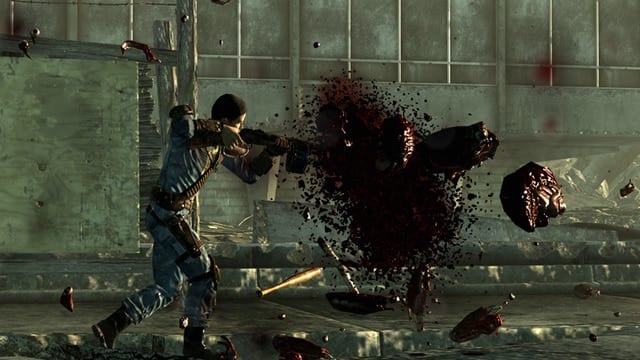 Fallout 3 takes place in the remains of Washington D.C. and the surrounding areas, 200 years after The Great War. The game follows the dwellers of Vault 101, mainly a character named The Lone Wanderer and his father James. This is the first game in the series to be developed by Bethesda, and is the first to use 3D graphics and real time combat.

The game really begins after The Lone Wander leaves Vault 101 in a quest to find his father, all while being chased by the Overseer of the Vault. On his journey, The Lone Wanderer will visit the remains of multiple US landmarks and engage in combat with a variety of NPCs.

Fallout 3 turned about to be one of the most critically acclaimed games in the series and gave Bethesda the support it needed for its vision of the future of the Fallout series. Fallout 3 was considered by many to be the 2008 Game of the Year and is on multiple Best Games of All Time lists, mostly being praised for its writing and graphical advances, making it one of the best Fallout games. 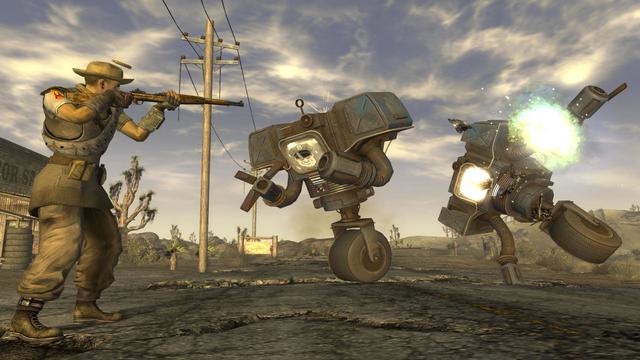 Despite owning the developing and publishing rights of the Fallout franchise, Bethesda decided to outscore Fallout: New Vegas and let Obsidian Entertainment take over development for this side entry into the series.

Set in the equivalent of Las Vegas, New Vegas is the fictional setting for Fallout: New Vegas, which takes place just over 200 years after The Great War. Players will play as a character known as Courrier, who is responsible for the transportation of a very important package. However, after being robbed and shot along their journey, players are left for dead.

Unwilling to give up, the Courier survives the attack and is determined to hunt down their attackers, get their package back, and eventually fight for control of New Vegas.

Fallout: New Vegas is praised for its storytelling, while staying true to the feel of the Fallout series. Despite being developed by a new studio, Obsidian was able to draw from the same well as Bethesda to create what most consider to be one of the best Fallout games of all time.