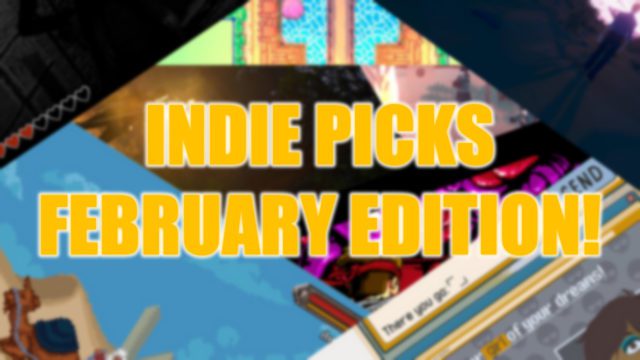 This year is off to a flying start, or, a start at the very least. There continue to be huge events occurring around the world that all affect us in different ways, with many of us encouraged to stay inside. While this is something that not everyone can get used to as easily as others, there are plenty of things to keep us entertained and distracted. Luckily, plenty of game developers are thriving while working from home or in a remote office, bringing new titles to the table. Looking at what’s coming up, there’s quite a selection of dishes to taste. Our ever-expanding collection of indie picks grows with these choices for the best indie games releasing this February. 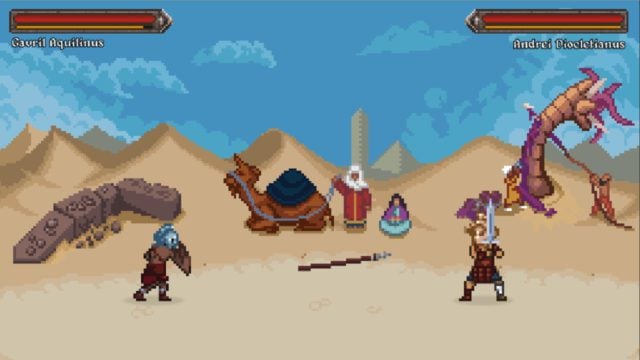 Of all the kinds of natural environments to grow up, the desert has to be among the harshest. Both plants and animals are have adapted to be hardy and resilient but humans may have a harder time. Despite this, history has shown many cultures have been able to thrive in such conditions. This fact was not lost on the devs at Achenar and Odd Giant. This becomes apparent in their upcoming game Gods Of Sand, which is about trying to train some of the toughest warriors that have ever been. Yes, it’s up to you to raise gladiators and manage a settlement to support them while trying to survive the elements.

Gods of Sand is scheduled to release for PC this February. 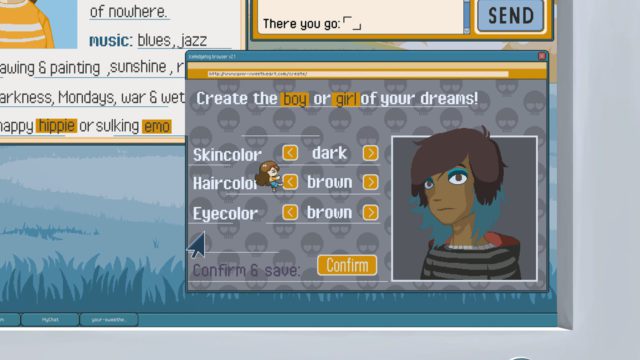 These ongoing periods of separation, isolation and social distancing have affected us in very severe ways. Even though the internet allows us to talk with people from around the world, it’s the same as physical interaction. However, there is one form of communication that has a tremendous emotional weight to it and that’s the letter. Although emails have become the norm, it’s always exciting to receive a hand-written note. This sentiment is captured in Letters – A Written Adventure by 5am Games GmbH. You play as a shy girl named Sarah as she solves the puzzles in her written letters, online chats, and her own life.

Letters – A Written Adventure will release on PC and Switch on February 9. 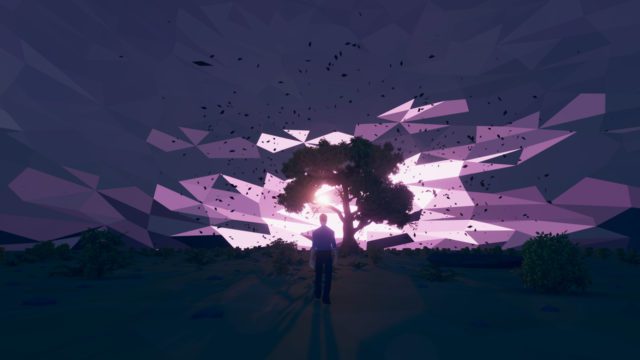 When you’re growing up, it’s normal to think that the people you bond with are going to be with you for the rest of your life. It’s also normal to grow apart from those people as your life changes and takes you to new places. Still, there’s nothing quite like a reunion with an old friend and this forms the basis of the game Know By Heart. Brought to us by Ice-Pick Lodge, this title follows the story of long-lost friends who are all too happy to see and catch up with each other. Sadly, there’s something far more sinister and dark unfolding that may threaten everything they love.

Know By Heart will release on PC, Switch, PlayStation, and Xbox on February 10.

Kingdom Of The Dead 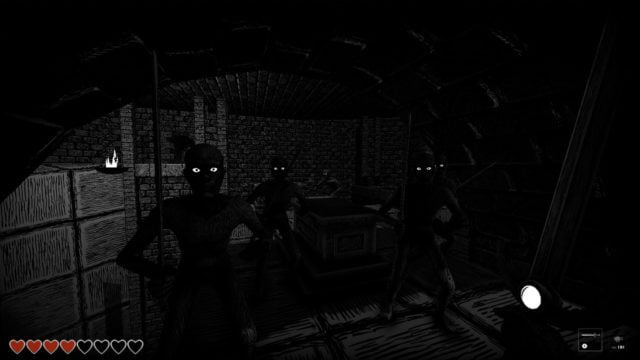 Although the idea of the rugged cowboy traveling alone through the hostile country has been mythicized repeatedly, it’s still a great basis for an adventure. The desperado is a tough character people associate with strength and survival which you can apply to anything. The standard is to pit them against the harness of nature or a criminal entity, but Dirigo Games has taken it further by throwing in the undead. In the title Kingdom Of The Dead, you play as a secret cowboy agent named Chamberlain whose mission is simple. Kill Death. It shouldn’t be too hard considering you’ve plenty of ammo, a cool sword, and only the army of the damned standing in your way.

Kingdom of the Dead will release on PC on February 10.

Inua – A Story in Ice and Time 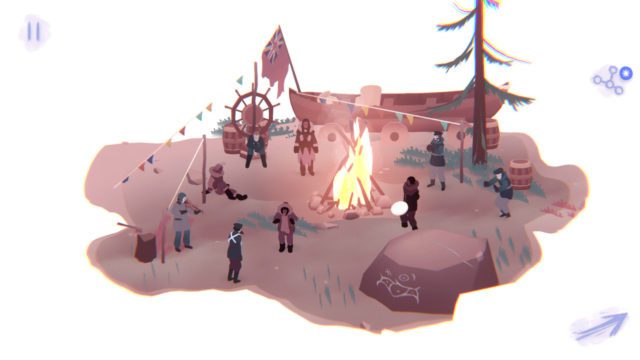 When gaming was first getting off the ground, the Point-And-Click genre dominated the idea of adventure. Even though it had a slower pace, it allowed creators more time and space to experiment with writing, animation, and art to create a truly memorable story. Though Point-And-Click has fallen out of popularity, there are still solid efforts being made to keep it alive and prove its relevance. The team of the Pixel Hunt, IKO, ARTE France have joined forces to achieve this with Inua – A Story In Ice And Time. It puts you into three different sets of shoes traveling through the coldness of the far north. The thing is, they all exist in three different eras yet you’ll discover what ties them all together.

Inua – A Story in Ice and Time is scheduled to release on PC this February. 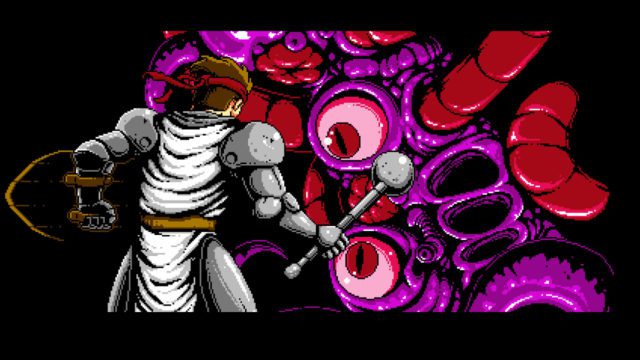 The reason nostalgia blindness is such a problem is because it causes us to ignore the very real problems that older things have. There are plenty of classic games that have special places in our hearts because they were some of the first ones we ever played. But, it can be difficult to admit that these games have many issues that wouldn’t be acceptable today. Although, there are devs who will use elements of those old games like their aesthetics to create something new. Berzerk Studio has done this to create Infernax, a story about a knight going on a journey to save his home. Run, jump, collect, attack, and win in this adventure reminiscent of titles like Castlevania and Ghosts ‘n’ Goblins.

Infernax will release on PC, Switch, PlayStation, and Xbox on February 14. 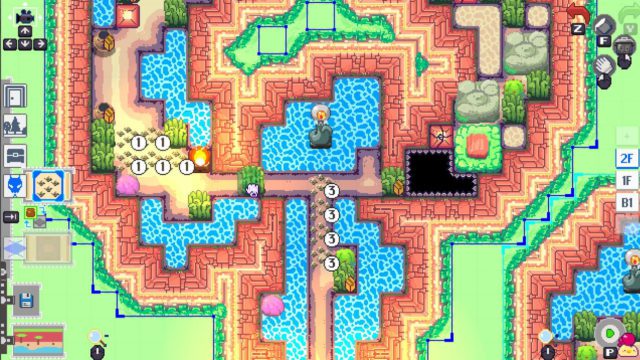 Have you ever played through a level in a game and thought, “That wasn’t hard, I bet I could make something harder.” First off, level designers are like the architects of games and take a lot of time trying to come up with unique and challenging arrangements. If you think you have what it takes, you can give it a shot with Firechick’s Super Dungeon Maker. In case the title didn’t already give it away, your goal is to make dungeons. The perspective is 2D top-down with lots of sharp and colorful pixel pieces to put together. And after you finish, you can challenge your friends to defeat your genius.

Super Dungeon Maker will release on PC on February 15. 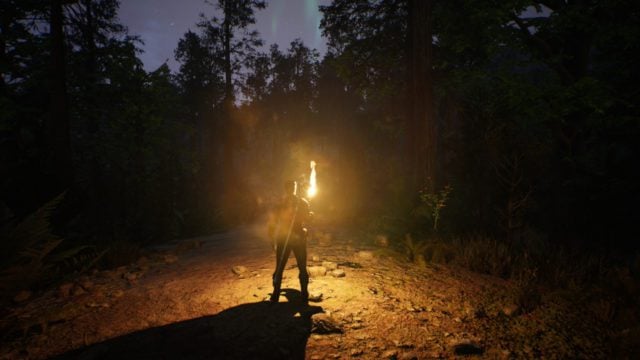 When it comes to fantasy in gaming, an established rule is that you can either be strong or smart. This is reflected in whether you want to be a warrior, fighting your ways through enemies, or a spellcaster slinging arcane might from a distance. Both have their advantages and disadvantages, but magic has so much complexity and lore behind it. There’s so much that you could make a whole game around it and that’s what Spellbook Creations did. SpellMaster: The Saga puts you in charge of building and running a magic school while trying to master magic yourself. Choose spells to take out into the world in order to rid it of the forces of evil.

SpellMaster: The Saga will release on PC on February 16.