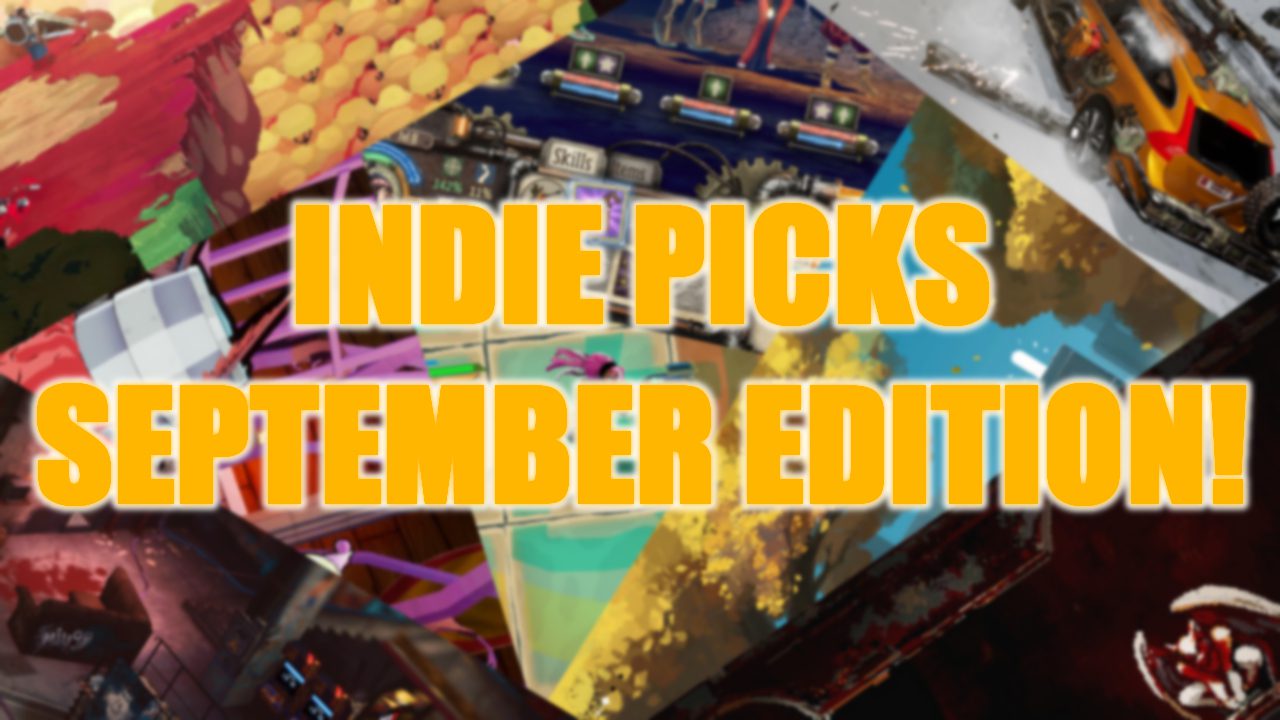 It seems like only yesterday that the year was beginning and now here we are on the edge of Summer. As we head towards cooler times, we have a lot to think about on what to do and what’s to come. To help us relax and enjoy ourselves during these periods, we can look forward to a fresh batch of indie titles from all corners coming out next month. While there are almost too many to keep track of, there are ways to narrow down the list. We used such methods to come up with our picks for great indie games to watch out for this September.

Grid Force – Mask Of The Goddess

There’s a lot to be said for a grid-based combat system. It adds a sense of strategic value and organization to make it sort of akin to a chess game? However, what if this slow-pace was replaced with active combat? That’s what Dreamnauts Studios has done with the upcoming Grid Force – Mask Of The Goddess. You play as the colorful dynamic and skilled Donna who is leading a strike force against the goddesses of her world. You’ll need to master all their movements and abilities as they move sharply across grid-based battlefields. Every move counts and be careful as enemies make their moves against you.

Grid Force – Mask of the Goddess will release for PC, Switch, and Xbox in September.

Amnesia is something of a staple in video games as a way to get players easily into the shoes of a character who knows just about as much as they do. This is different for silent protagonists who are more often driven by curiosity. That’s definitely what’s going on in Amber City by Irisloft. In this 2D pixel adventure, you take on the role of a girl in a white dress who wakes up in the futuristic yet oddly quiet Amber City. Using platforming and powers that allow you to control time, you’ll need to visit every part you can and bring back life to the city. That also involves interacting with the robots that still seem to be active.

Amber City will release for PC on September 1.

Everybody loves the circus! Okay, well, I guess that’s subjective, but it’s likely that the circus has something that will entertain the average person in one way or another. Despite that, the circus has often served as the setting for some very mysterious and sometimes twisted events. A combination of this in Circus Electrique by Zen Studios. As the investigative reporter Amelia accompanied by her pet lion, she has decided to do a report on the Circus Electrique, a traveling circus run by her Ringmaster uncle. However, after the unveiling of a new machine, chaos descends on the circus and you’ll need to rally the performers against the threats while keeping them healthy and devoted to the show.

Circus Electrique will release for PC, Switch, PlayStation, and Xbox on September 6.

At this point, it’s impossible to count all of the stories that involve rescuing a princess in some regard. There’s a reason it’s such a popular topic because it represents what could be called the classical noble quest. Still, there are plenty of ways to put an interesting spin on it which is what AweKteaM has done. Their title Tower Princess is a 3D platforming adventure that puts you in the armor of a stoic knight on a quest to rescue multiple princesses and princes. They’ll need to do the usual work of fighting through dungeons and taking out dragons, but then there’s the social aspect of trying to arrange dates with those whom you rescue.

Tower Princess will release for PC, Switch, PlayStation, and Xbox on September 8.

No Place For Bravery

Bravery is the quintessential quality of a hero, it’s the strength to fight against things that you fear because you know you must. Even so, there are some heroes that are driven by something different and may not even consider themselves brave. This could be debatable in Glitch Factory’s upcoming title No Place For Bravery. This top-down 2D action-adventure has you guiding the weathered and aged warrior Thorn. Battle-hardened by years of conflict, Thorn’s only motivation to keep fighting is to find his daughter. He’ll travel across many harsh and desolate environments and face monstrous foes in hopes of saving the only thing that matters: His family.

No Place For Bravery will release for PC, and Switch on September 22.

There are so many games about being a criminal that you could make the argument that having so many to play may be curbing crime rates. The thing is, that most of these crime games revolve around the frontlines, the gangsters who are out there committing heists and getting into gunfights to accumulate power so they can sit on top of the world. As a result, there aren’t a lot about those behind the scenes which is what Draw Distance is trying to fix with Serial Cleaners. In this stealth game, you play as criminals whose main job is to clean up the messes performed by other criminals. This involves sneaking on crime scenes, taking evidence, and even getting rid of whole bodies. It’s not glamorous but someone’s gotta do it.

Serial Cleaners will release for PC, Switch, PlayStation, and Xbox on September 22.

Driving is exhilarating, especially when you have wide open spaces to tear up the roads or go off-roading. This has led to a number of different racing games with cars, planes, boats, karts, and all manner of vehicles. Whether it’s legitimate racing or street racing, some are willing to do whatever it takes to be number one. Sometimes this means blowing up the other drivers which is what you’ll be doing in Chaos On Wheels by the Acodeon d.o.o. Team. You’ll get a choice of colorful and stylish cars to outfit with whatever weapons you think will give you an edge. Then, you’ll take to the road and take aim at the other cars who are just one explosion away from becoming losers.

Chaos On Wheels will release for PC on September 23.

Of all the things out there that terrify, the darkness continues to be one of the most prominent. It can hide literally anything and threatens to consume whatever it touches. In fact, that’s why it serves as such a prominent threat across all genres. It returns once more as the overall danger in Black Mermaid’s Moonscars. As a haunted warrior in a 2D gothic world, your skills and weapons are all that have to face the endless monsters and hordes that emerge from the very darkness that pursue you. You will fight and every time you die, you’ll have the chance to try again, learn new skills and hopefully overcome new obstacles keeping you from any chance of salvation.

Moonscars will release for PC, Switch, PlayStation, and Xbox on September 27.