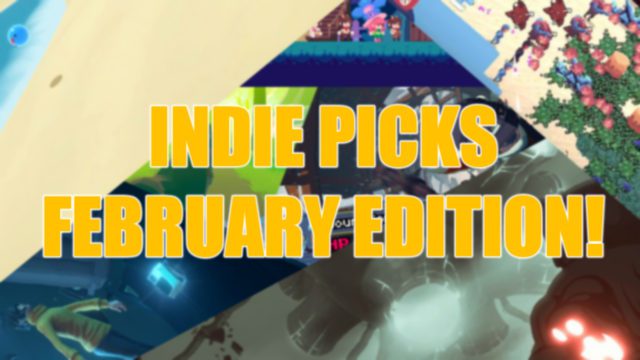 Though some of us may be dealing with the cold weather that hovers over the start of the year, there is hope on the horizon. As we head into next month, we can see the rising face of spring begin to poke over the edge of the land. This is a time of renewal, a time to refresh yourself and prepare for all the new things to come in the rest of the year. Among all those new things are a bunch of upcoming indie titles to play. Prepare to refresh your wishlist as we go through our choices for the best indie games coming in March. 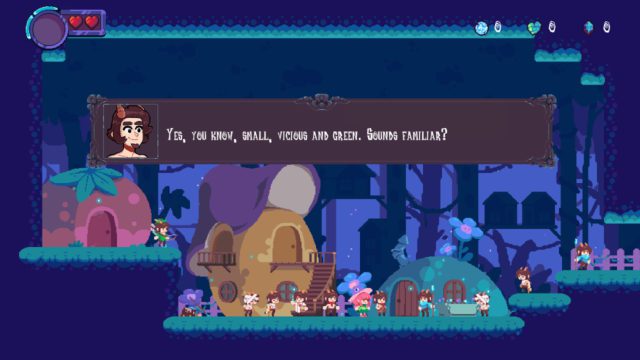 We all want to be able to perform magic to some degree. Whether it’s to explore the mysteries of the universe, unravel the fabric of reality, or simply make everyday living easier, having magical powers would be totally sweet. Until we unlock the secrets of the arcane that may or may not exist, we have games where we can play as magical beings to get a feel for it. A fun and colorful take on it comes from Pigeon Dev with its title Witchcrafty. You play as a cute and friendly pixel witch going through a 2D platform world in search of power and adventure. It’s cheerful, weird, and magical.

Witchcrafty will release for PC and PS Vita on March 1. 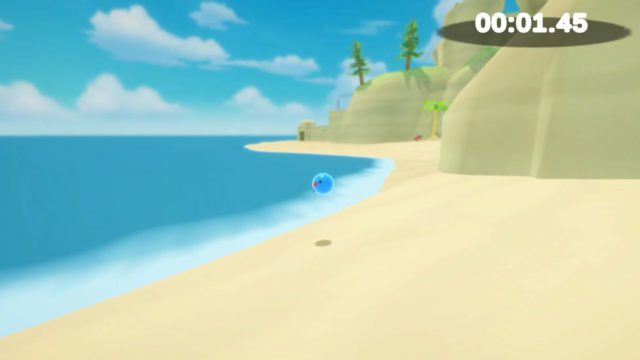 There are so few things that we could consider indestructible, and even those are doubtful as science continues to advance. Still, one thing that seems consistently destruction-proof is blob-like entities. Whether it’s the Blob or the fodder enemies encountered in multiple RPGs, these squishy creatures always come back for more. So, it makes sense to make one the hero in a genre of games where it’s easy to make mistakes. This is where you’ll be introduced to Blob Boy of the upcoming title Blob Boy by Radwog Games. As the name implies, you are a smiling boyish blob with a penchant for bouncing around. You’ll need to use this along with grappling and swinging to make it through a smooth and bright world.

Blob Boy will release for PC on March 4. 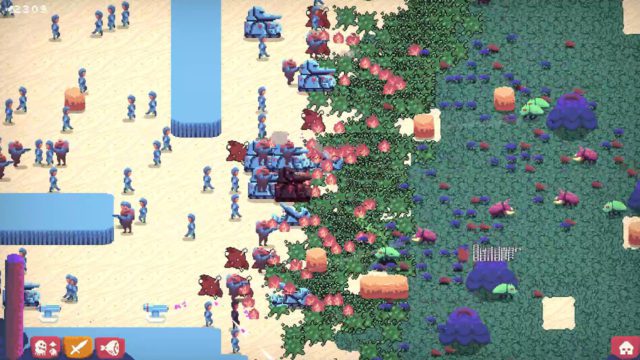 There are so many bad sci-fi films out there, but one of the best and most entertaining is Starship Troopers. The films follow a group of human soldiers as they try to repel a massive invasion of giant insects that seek nothing more than to consume everything they can get their mandibles on. There have been attempts at a game about this story, but they always put you in the role of the humans when we want to know what it’s like to be the bugs. Thankfully, Intrepid Marmot has come to our rescue with their title Buggos. This time, you play as a swarm of insects trying to consume a world inhabited by pesky humans. Grow, multiply, and evolve to claim your spot at the top of the food chain.

Buggos will launch for PC on March 17.

Have A Nice Death 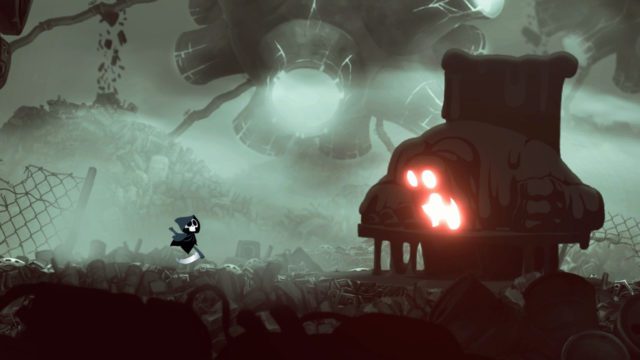 Nothing can escape Death, which means that whoever is behind it must be working non-stop. There have been many games that have explored the concept of how death works from the classic Grim Fandango to the more recent popular hit Death’s Door. Despite this, we are still fascinated with the idea of giving such a grim concept a character. Another team to take a stab at it is Magic Design Studios with their soon-to-be-released title Have A Nice Death. This game puts you into the role of the head honcho, the Grim Reaper, who simply wants things to run smoothly. However, their vision is ruined when all the employees start causing havoc, and it’s up to you to smack them back into line. With animated visuals and flashy graphics, this death game will be quite lively.

Have A Nice Death is scheduled to release for PC this March. 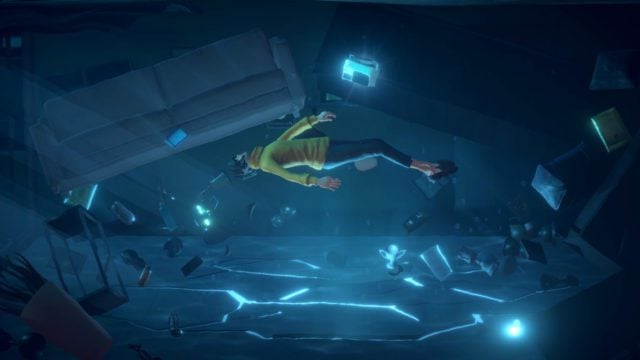 Growing up can be hard, and as we get older, it’s normal to realize certain things about our past. As kids, we’re ready to accept the guidance of any authority figure we come into contact with, and that usually falls to our parents. The parent-child relationship is incredibly layered and complex with more and more depth being revealed the more we examine it. This makes it fitting that Cloisters Interactive has set its  exploration of this idea against the backdrop of a swimmer’s life. This emotional journey puts you into the role of Miriam, a champion swimmer coping with a sudden rush of memories from her childhood. This story is about self-reflection and realization over where she came from and the person that was her mother.

A Memoir Blue will release on PC, Switch, PlayStation, and Xbox on March 24. 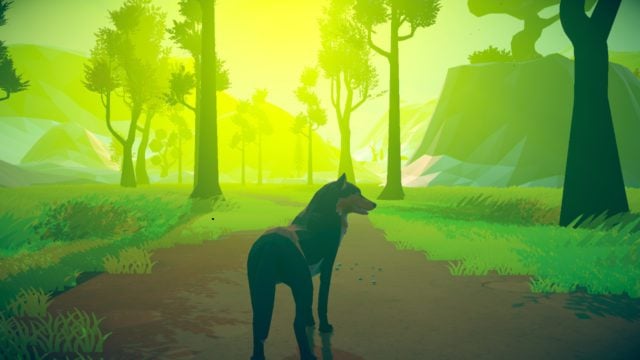 There’s still much we can learn from the animals that thrive in the harsh conditions of the wilderness. One in particular that stands above so many is the wolf, one of nature’s most fearsome predators. If we were given the choice of an animal protector, I think we’d run out of wolves within the first seconds. There’s an alternative, though, in getting the chance to see what it would be like to have the strength of a wolf in Lupa by LbGames. This adventure puts you into the role of the titular wolf Lupa, a lost mother looking for her pack and missing cubs. She’ll have to brave the wilds on her own and rely on her survival instincts to reach her goal.

Lupa will release for PC on March 28.

Now There Be Goblins 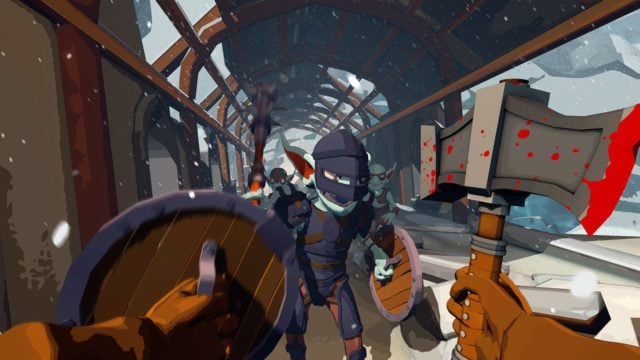 It’s unknown when the first true fantasy story appeared on the pages, but many of us consider traditional fantasy to involve humans, human-like races, and humanoid creatures. Sometimes they live together in harmony and other times they’re fighting an endless war. Among the creatures you’ll regularly encounter in such fantasy, goblins are the most numerous and tenacious. They vary from being savage pests to technologically savvy warriors but there’s always a lot of them. This is made very clear in the upcoming Shocktopus Games title, Now There Be Goblins. This VR adventure will challenge you to face down hordes of goblins with whatever weapons and powers you have while setting up defenses to survive their seemingly endless onslaught.

Now There Be Goblins will release on PC for VR on March 28. 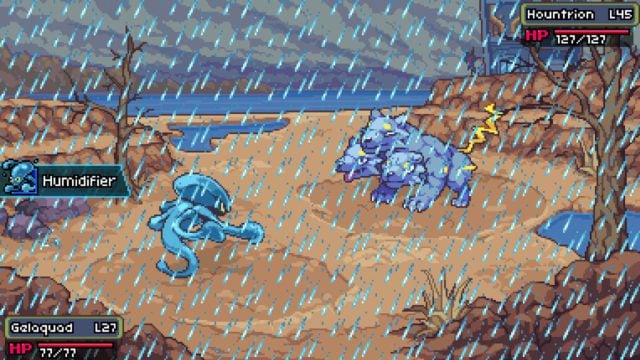 Even if you’ve never seen a screen in your life, you’ve heard of Pokemon. You may have overheard people discussing it or their form in one of countless merchandise, Pokemon is almost inescapable. Though their games follow a pretty simple formula, each title continues to bring in tons of players old and new. However, this doesn’t mean that they have a monopoly on the concept of training colorful monsters, and TRAGsoft aims to prove it. The developers are working on Coromon, a top-down pixel RPG about a kid wandering through an interesting world and taming creatures to fight alongside them. What’s different is that the kid will have to work alongside their Coromon to accomplish tasks with their skills and the monsters’ powers. It appears as a more dynamic world that requires more skillful navigation and interaction.

Coromon will release on PC, Switch, PlayStation, Xbox, and iOS on March 31.