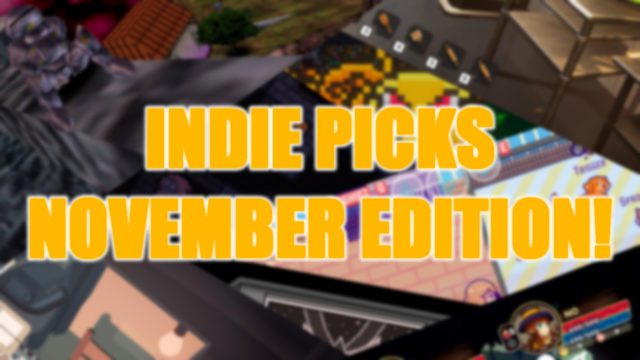 Whenever the end of the year approaches, it’s nice to think about all the days that have come before and what we’ve experienced in that time. We think about what came before and wonder what’s going to come next. There are multiple aspects of our lives that will continuously be affected as we head into the unknown and this certainly applies to entertainment. It’s impossible to imagine what kind of conditions a person would need to meet to play every game ever, which is why we’re trying to narrow it down to the more exciting and interesting-looking titles coming out soon. 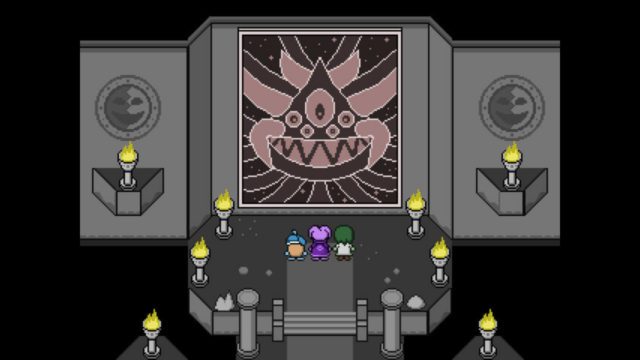 There’s a tradition of trios going on quests because that’s a good number of heroes. It’s just enough to feel diverse while also being enough to give each character time to develop and have a distinct personality. This is what Torch60 is aiming for with the upcoming pixel-RPG Soma Union. It follows three friends on a quest to fix their world. You take on the role of Zero whose world has survived another cataclysmic event. Alongside your companions, you’ll need to guide Zero on a journey through the strange world of Soma by fighting monsters, solving puzzles, and meeting the various inhabitants. It’s got a cute colorful art style with an underlying sincerity with an Earthbound type feel. 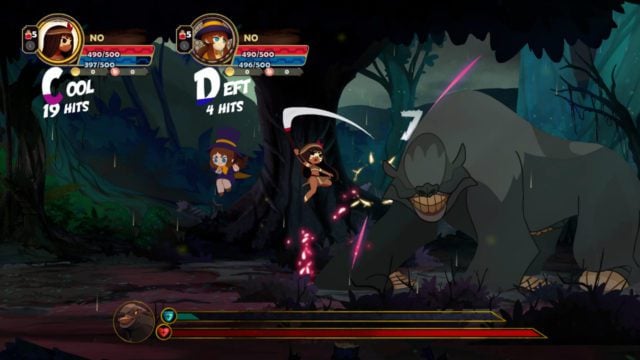 There’s something so appealing about the simplicity of the beat ‘em up. Since the golden age of arcades, people have been controlling characters down hallway-like areas and attacking with mashing strikes against whatever they encounter. You want to keep going and fighting as long as you can in hopes of beating up the biggest and nastiest guys. This is what you’ll be doing in Tunche by LEAP Game Studios. Set in the Amazon rainforest, you’ll control one of several colorful fighters on a quest to bring harmony back to the land. It’s flashy with stylized visuals and a lot of different moves to learn with plenty of enemies to use them on. 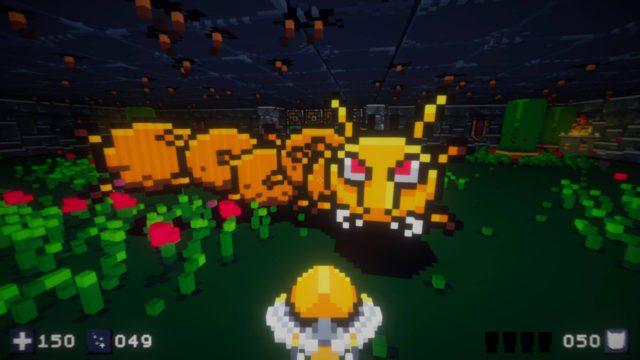 We live in an age where if a game has guns, it’s likely to be very serious and realistic. Looking back, there used to be a gallery of gun games that were so over-the-top they’d fit right at home on Adult Swim. The souls down at RetroSouls have worked hard to bring this feeling back in ARKOS. This game puts you in the shoes of a nameless adventurer with an arsenal of magical and destructive weapons. You’ll be plowing through onslaughts of squishy enemies and breakable scenery as you aim to shoot down the biggest boxes. With a 3D pixel feel and creative design, this is an FPS to unwind and enjoy. 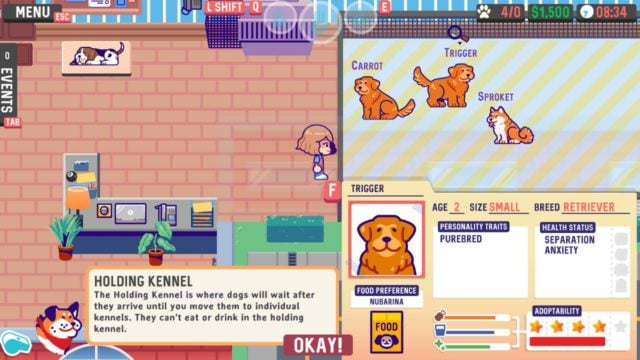 Animals are the best, even the terrifying ones. They’re so pure and raw that it’s only natural to want to get close to them in hopes of better understanding the natural world. What’s sad is that due to urban expansion, more and more animals are finding themselves in a dangerous environment where they don’t feel safe. Because of that, it’s up to us to help them when we can which is the premise behind To The Rescue! Little Rock Games have created a fun experience where the goal is to run a dog shelter. As the primary caretaker, you’ll need to go out and find dogs in need so that you can give them the care they deserve. Giving them food and medical care is just the start to helping them recover before finding them loving homes. It’s a sweet title with a wonderful goal and friendly feel.

To The Rescue! will be available on PC and Switch on November 4, 2021. 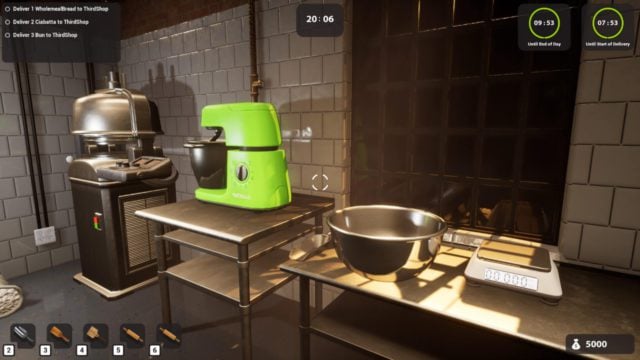 Bread is one of the most popular food items in the world. Almost every single human uses bread in some capacity and it’s likely to appear on a grocery list whenever it’s time to go shopping. However, we don’t spend a lot of time thinking about the time and attention that goes into making the perfect loaf of bread as well as all the other baked goods with which it shares the pastry section. Enter Bakery Simulator from Live Motion Games and witness the process. You’ll be put in charge of your own bakery where you’ll need to master every single step that goes into baking. A lot of detail has gone into each part of the process from mixing to sliding the dough into the oven. It’s a game that will challenge your multitasking, efficiency, and timing.

Tomb Of The Lost Sentry 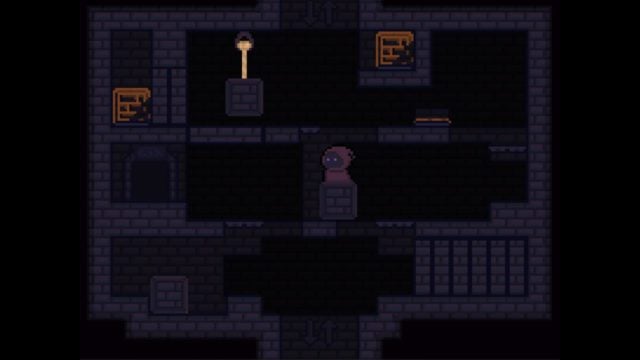 Encountering a cult in a game is nothing new and has almost become expected. They usually serve as some sort of ominous force operating behind the scenes while you focus on the main quest. The mystery is that if you’re not in the cult, there’s no real way to know what goes on in their hideouts. Whatever it is, it’s bad enough for the protagonist in Tomb of The Lost Sentry. In spleeN’s game, you play as a member of a cult who wants to escape. It’s a dark pixel-platformer where you’ll need to use your wits and whatever strength you have to navigate the maze-like lair, avoid traps and get the keys to freedom. It’s simple, dark, and invites you to try and succeed. 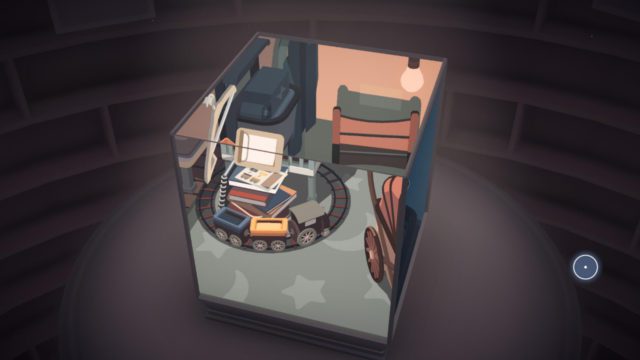 The idea of thinking outside the box is one that we’ve all heard before. It’s easy to picture a problem contained within a box so that you can start thinking of creative solutions. However, what if both the problem and the solution were inside the box? This is a question that could be answered by Moncage from Optillusion. This title presents you with a beautiful scene inside of the cube which you’ll need to solve. You can examine everything inside the cube and use perspective to get a new angle on the problem. It’s an artful and serene game that’s both puzzling and mysterious.

Moncage launches on Switch and PC via Steam on November 16, 2021. 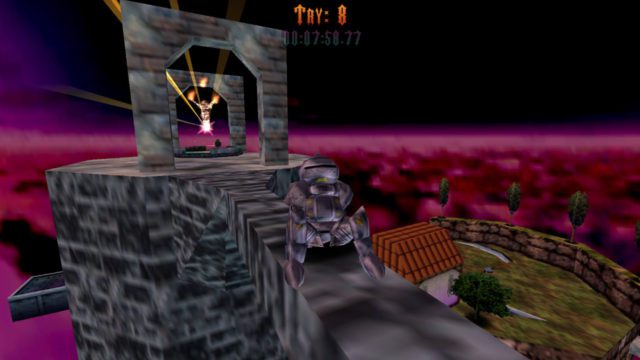 When it comes to tales of classic adventure, the knight is an established archetype. They’re a stoic warrior covered head to toe in armor sent on a quest to save someone, find something, or slay a monster. When picturing a knight, you can clearly see the sword and shield and their main tools for saving the day. They’re not known for their speed and jumping abilities, but Modus Interactive would like to challenge that. By putting together Knight’s Try, a difficult platforming experience has been created. Calling back to the retro N64 and PS1 style, this challenges you to guide this dexterous knight through various obstacles by jumping and running as much as your armor will allow.

That’s it for our look at the best new and upcoming indie games in November 2021. If you’re still feeling thespooky vibes, be sure to check out last month’s list of new indie releases.