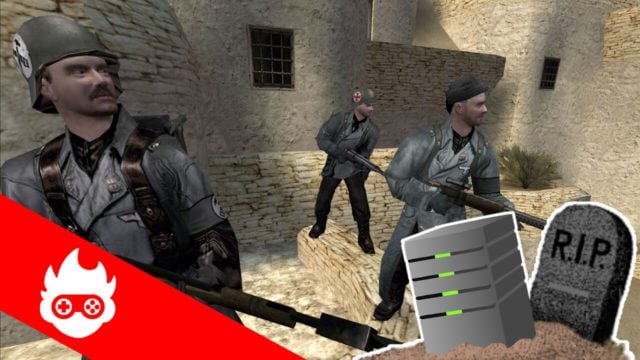 Though it’s been almost twenty years since the release of Wolfenstein: Enemy Territory, Bethesda is still providing support. In fact, the studio has just set up brand new servers just for the classic game. Now players can return to the online FPS set in WWII with a range of weapons, classes, and abilities to exploit during matches. While Bethesda hasn’t released many details for this decision, it’s a welcome surprise for those looking for a quick and classic multiplayer firefight. Read on to learn all the details.

Of all the names in the Wolfenstein series, Enemy Territory was one of the most popular. It’s highly acclaimed both in terms of gameplay and multiplayer value. To support the game, Bethesda has released several dedicated servers in the US, the Netherlands, Australia, and the UK. It’s also released an official vanilla rule set including up to 8v8 matches, friendly fire being allowed, and no weapon restrictions.

Wolfenstein: Enemy Territory was one of the earliest online multiplayer FPS titles. It was also arguably one of the first free-to-play competitive games, as discussed by The Techy Life. Even before these new servers launched, dedicated players kept running and modding the game themselves to keep the gameplay fresh and active.

As far as gameplay goes, ET follows a format quite familiar among team-based FPS games. It was released in 2003, just four years after the original Team Fortress, which helped redefine competitive gameplay. Instead of simply playing as a nameless soldier, ET gave players a choice of several classes. There was Soldier, Field Ops, Medic, Engineer, and Covert Ops. Each came with their own strengths and weaknesses to help encourage teamwork. That formula is still seen in modern titles such as Overwatch.

Wolfenstein: Enemy Territory is a classic in multiple regards, but mostly for maintaining a devoted community all these years. With Bethesda reactivating several new servers for it for seemingly no reason, players are rejoicing at the chance to play the game officially once again.