Marvel’s Avengers Gets a Black Panther Update in August 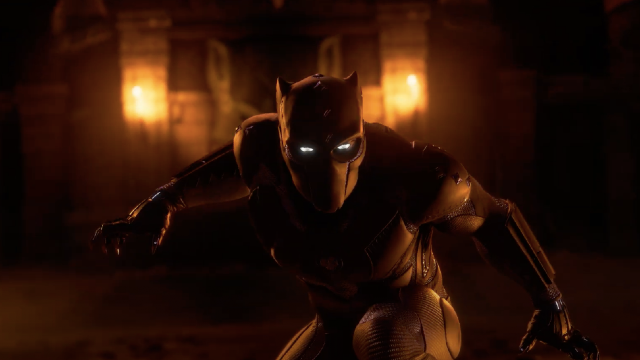 The trailer opens by showing off the Wakandan jungle. We then see the throne room of the hidden nation, as T’Challa, its king, strolls in. We see video-game versions of Shuri and Okoye – as well as the villain, Ulysses Klaw. He’s rigged Wakanda with a range of explosives, detonating them at will, causing chaos across the nation. With his own drones and high-powered weapons at his disposal, T’Challa calls upon the Avengers to help save his country.

"It belongs to Wakanda!"

Black Panther must defend Wakanda from Klaw, who seeks to steal Vibranium for his own desires. Watch the cinematic trailer for 'Marvel's Avengers Expansion: Black Panther – War for Wakanda.'

We don’t see much of the main Avengers in this trailer – only a brief glimpse of Captain America fighting alongside T’Challa. Instead, it focuses on Black Panther’s conflict with Klaw, which is sure to be the expansion’s main focus. As with all other expansions for Square Enix’s Marvel’s Avengers game, it’s totally free to play. Currently, it’s due for release in August.

This Black Panther content is the third expansion for Marvel’s Avengers so far. In September 2020, Kate Bishop – Taking A.I.M. introduced the female Hawkeye to the game. This was followed by Hawkeye – Future Imperfect, bringing in Clint Barton. At some point, Spider-Man will join the game as a PlayStation console exclusive, though details on that are very limited at the moment.

Black Panther is coming to Marvel’s Avengers at the perfect time, adding a new story and dose of gameplay as the game approaches its one-year anniversary. Square Enix is treating this game as a long-term project, and this is the next step in that road.

During the same presentation, Square Enix also revealed a new Marvel’s Guardians of the Galaxy game, set to release later this year.