Blood and Rainbows: The Disturbing Rise of Cute-Gore 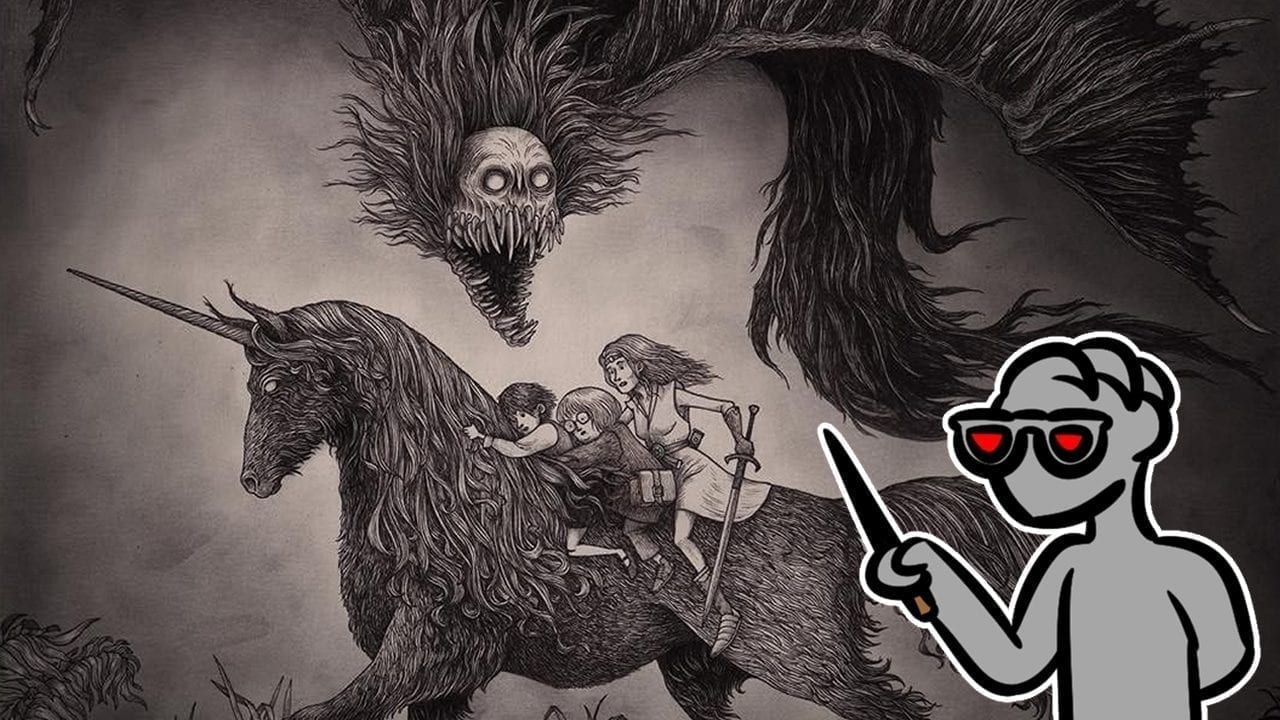 During the most stressful and chaotic periods in world, we often rely on catharsis. The act of relieving all our pent-up emotions can be truly liberating and relaxing. It seems some games were tailor made for this phenomenon, such as Grand Theft Auto or Dead Rising. For players, being able to cause mayhem and wanton destruction in a virtual world does wonders for the mind. However, amidst zombie and open-world crime games, another genre is starting to build speed. One of the key aspects that feed into catharsis effectiveness is the level of graphic and visceral detail. Explosions and zombie kills are visually appealing and feel good to pull off. Yet, this new trend opts for visuals of a bloody nature made more intense by its cute populace. We are of course referring to Cute-Gore, which is just as disturbing as it sounds.

Though this term is not official, we feel that it’s pretty straight-forward: A genre that combines cute elements with gory ones. Over the past year, the number of titles worthy of this label has been steadily growing. To name a few there’s Snuggles the Unicorn, Gori: Cuddly Carnage and Fluffy Gore. All these titles feature a cast of adorable creatures experiencing the equivalent of a Quentin Tarantino film on acid. All the games feature a relatively cute protagonist who has to fight onslaughts of enemies (cute or not) in horribly violent ways. Two of the games feature fighting through hell and the other has fighting scary alien mutants that look like unicorns. All of them have different visual styles, but all are just as bloody and.

Despite the sudden rise of this creepy genre, it’s not completely out of the blue. There’s been a lot of media with this sort of focus, including comics, cartoon shows, and even live action shows. An early example would be fictional Itchy and Scratchy Show that appears as a facet in The Simpsons universe. It depicts a cat and mouse duo as a parody of Tom and Jerry, but their antics are excessively violent. Moving on to a bigger name in the genre, there’s the Happy Tree Friends. Originally starting out as a shocking flash cartoon, the show maintains an audience today and could qualify for cult-following status. The innocent name of the show belies its true nature as an overly graphic depiction of cute animals getting into gory accidents. Oh, but it doesn’t stop here…

The Cute-Gore trio above is in the company of more recent shows that contain similar elements. In terms of live action, the show called Happy draws a lot of attention for its presentation and premise. It combines an overly cute sidekick with an extremely violent protagonist that makes for what some would call a compelling show. Then in terms of animation, you have the very extreme show of Mr. Pickles. The story follows a dog that is literally the Devil and enacts swift and terrible horrors on any who wrong him or simply just for kicks. From all this it’s clear that Cute-Gore has a niche and will sticking around for the long haul. 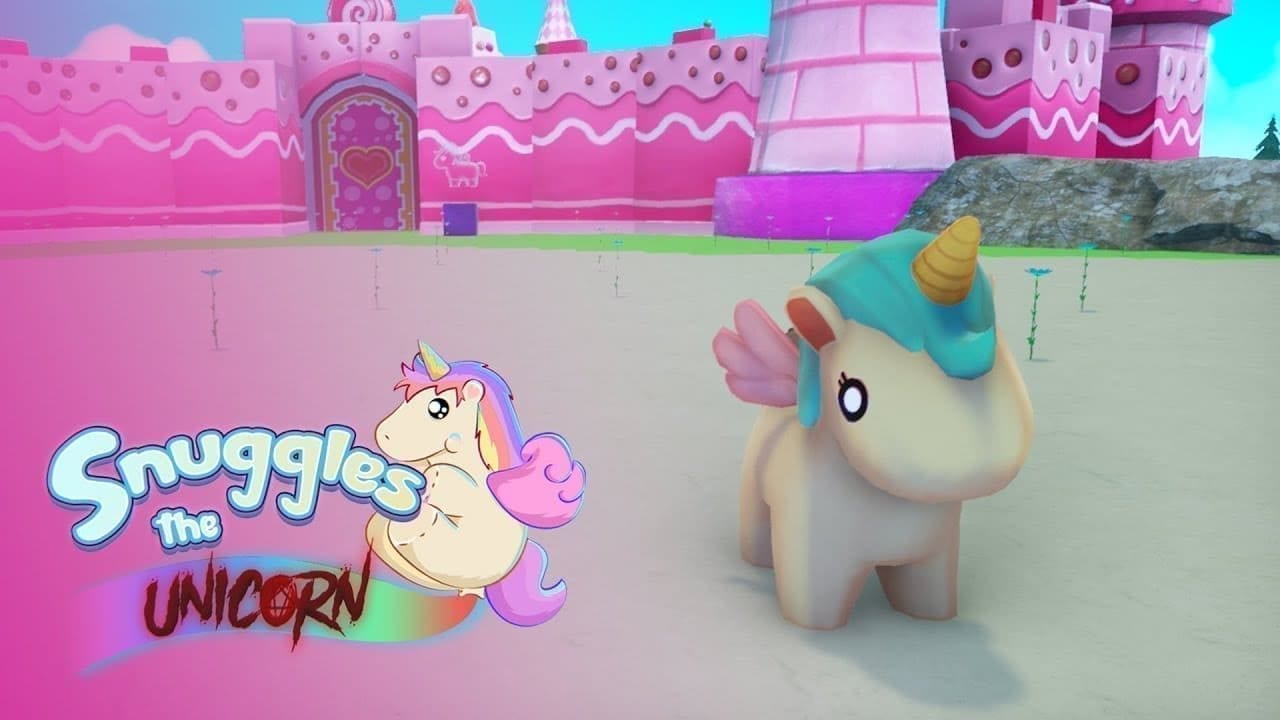 You could argue that unicorns have a monopoly on being cute and magical. Even though the concept of a large horse with a horn sounds terrifying, people find ways to make them adorable. Of all the previously mentioned titles, many of them have unicorn characters. In Snuggles the Unicorn, the eponymous hero embarks on a quest to save their friends and neighbors from the bowels of hell. They accomplish this by donning a pink mech suit and blasting their way to victory. In Gori, unicorns seem to be the main villain, first appearing as cute if foul-mouthed beings. Then they transform into Cronenberg nightmares and need to be sliced into bits with a hover-board. Even the sidekick in Happy is small, blue and loud unicorn.

There are two possible reasons why unicorns hog the spotlight of Cute-Gore. The first is that they’re easy to recognize. Almost every culture has a variation of this mythical beast and even if they don’t, the traditional unicorn is familiar worldwide. It’s also a fairly simple design, just glue a stick to a horse’s forehead and there you go. The second and most important reason is that they’re fictional. When it comes to fictional media, we find it much easier to enjoy media that implores fantastical creatures and beings. This is because it puts up another barrier and degree of separation to what’s happening onscreen. While there’s no shortage of Cute-Gore with real animals, there seems to be a distinct shift to a mythical angle. Even Fluffy Gore, which doesn’t have unicorns as of yet, has a main character who is a living teddy bear rather than just a bear.

Also, the fact that such cute creatures are experiencing all this gore exaggerates the whole experience. It’s both graphic and over the top, which may add to its appeal as such cathartic visuals.

At the moment Snuggles the Unicorn, Gori: Cuddly Carnage, and Fluffy Gore are in their demo stages. From the pace of development, it’s highly likely that most if not all of these titles will receive a full release late this year. Although they’re all part of the same genre, the titles are very different from each other in both good and bad ways. It seems they share a trait in focusing a lot of the visuals and visceral detail. As a result, another thing these games share is clunky gameplay. When you play a cathartic game to unwind, you don’t want frustration to build due to lag or control issues.

We’ve barely scratched the surface of Cute-Gore phenomenon, and the year has only just begun. We’ll be keeping our eye on the development of these titles and hoping for technical improvements. As things go we’ll likely see even more people turning to cathartic games in order relieve stress and more. Cute-Gore will aim for a cut of this market but has ways to go before it can compete with exploding cars and zombies.