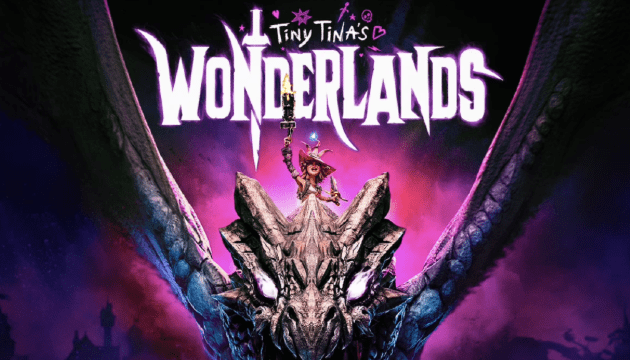 A new Borderlands spin-off was officially revealed today. Tiny Tina’s Wonderlands is an RPG-focused entry into the looter-shooter franchise set to release in 2022.

Tiny Tina’s Wonderland was announced at the opening ceremony of Summer Game Fest 2021. It was first teased as a new game from developers Gearbox and publishers 2K, having collaborated on the Borderlands franchise since 2009. Tiny Tina’s Wonderland notably brings back the classic cell-shaded design the franchise is recognizable for.

Though there’s no gameplay footage yet, it’s likely that Tiny Tina’s Wonderland will retain the same first-person perspective as previous Borderlands games. It looks to make use of more fantasy elements, however, with the trailer showing off dragons, zombies, and sea creatures. Equally, the game brings exclusive mechanics not present in other games, such as spell casting, and a character customization system.

Unlike Borderlands, this game leans heavily on RPG aesthetics. How that will manifest, though, is still unclear. The presence of character customization could suggest that a deeper progression system may appear. Crucially, it’ll function as a standalone entry in the series. This means you’ll need no prior knowledge of Borderlands to play, making it the perfect entry point to the dungeon-crawling series.

The trailer stars Andy Samberg as Captain Valentine, the lead character, trawling across a ravaged, desolate wasteland. We see towering dragons, zombies ripping out of their graves, and ominous sea monsters, proving the variety of enemies you’ll be up against. From there, the playful Borderlands tone returns. Butt Unicorn, a fan favorite from Borderlands 2, returns in the trailer, shooting lasers at a dragon threat. The trailer ends with the eponymous Tiny Tina, scribbling her name over the logo and appearing on-screen.

Details like co-op play and story are still under wraps. However, given the Borderlands franchise’s reputation for four-player collaborative action, it’d be a big surprise if you can’t team up with friends. Tiny Tina’s Wonderlands releases in 2022 for major consoles and PC.