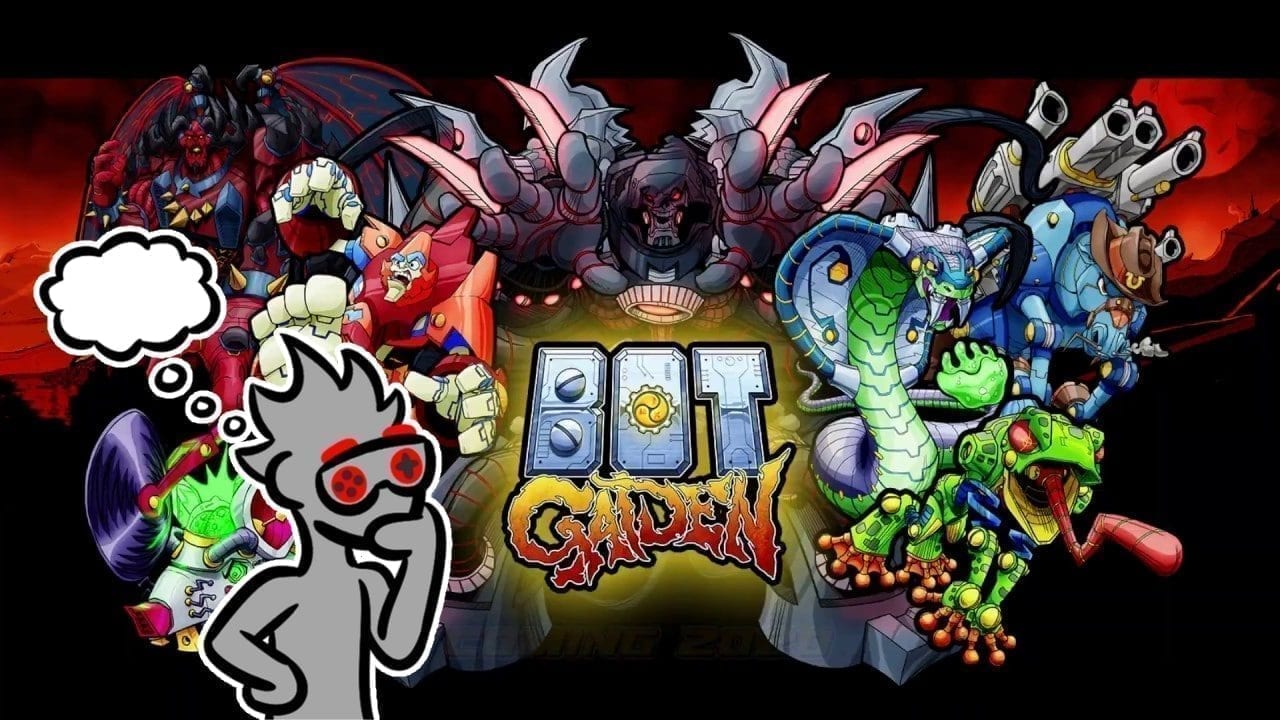 With Cyberpunk 2077 dominating gaming news and marketing, it’s not surprising that sci-fi popularity has exploded. However, aside from the dark dystopian future media has come to embrace, there’s a lighter more colorful side. This is seen in various flashy series about robots, powered up teenagers, and now in Sword Swipe Studios’ Bot Gaiden. The player controls a robot warrior who must defeat the villain and his gang to recover the plot things. A little bit of Megaman and Power Rangers here and then makes for a vibrant mix and the Bot Gaiden demo gives us a nice spoonful of both.

The Bot Gaiden demo is a fast, flashy platformer and has a story to get things rolling. An intro cutscene clues us into everything we need to know. The big bad Giorqio and his entourage of baddies steal the golden skulls. This increases their power and causes chaos throughout the robot world. Two lone robots, Robyu and Bytron, rise up to save the day by defeating all of them and recovering the skulls. It’s a simple and earnest objective revolving around teamwork, speed, and cool robot moves. 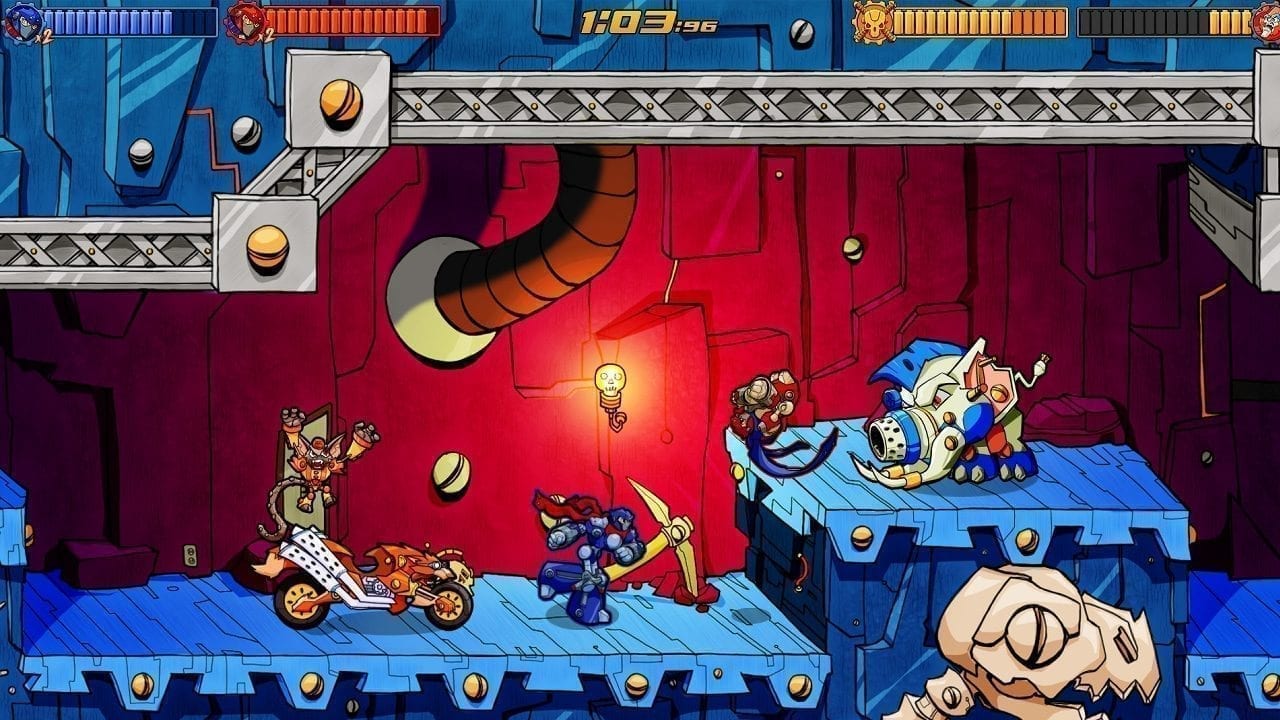 The best machines need some strong pieces to support their entire tech and the Bot Gaiden demo has quite a few. The first and strongest has to be the quick gameplay. Like the platformers of old, the game gets right to the bot and throws players directly into the challenge. The goal is as straightforward as getting from the beginning to the end, preferably in one piece. There are plenty of obstacles and enemies to make the journey challenging. The bots can run, jump, and cut through enemies as they rush towards the boss.

The next and perhaps most interesting aspect of the game is the progression. Aside from wanting to get going, there’s another contextual reason to encourage speed. Indicators in the corner represent boss health and power which increase over time. In essence, the longer players take to reach the end, the more formidable a foe they’ll have to face. This creates an interesting dynamic between blasting through enemies while retaining as much health and power as possible. Since it’s easy to make mistakes, players will need to be swift but cautious.

Finally, there’s the variety and energy in the aesthetics. The sheer number of enemy variants is staggering with each having a distinct look to them. On top of that, the power-ups are plentiful and change how the game plays minute to minute. The level layouts definitely keep us on our toes as we race to the goal. The level selection hints at a number of different worlds to explore and enemies to fight. Also, we can’t forget the music consists of a lot of energetic guitar riffs. 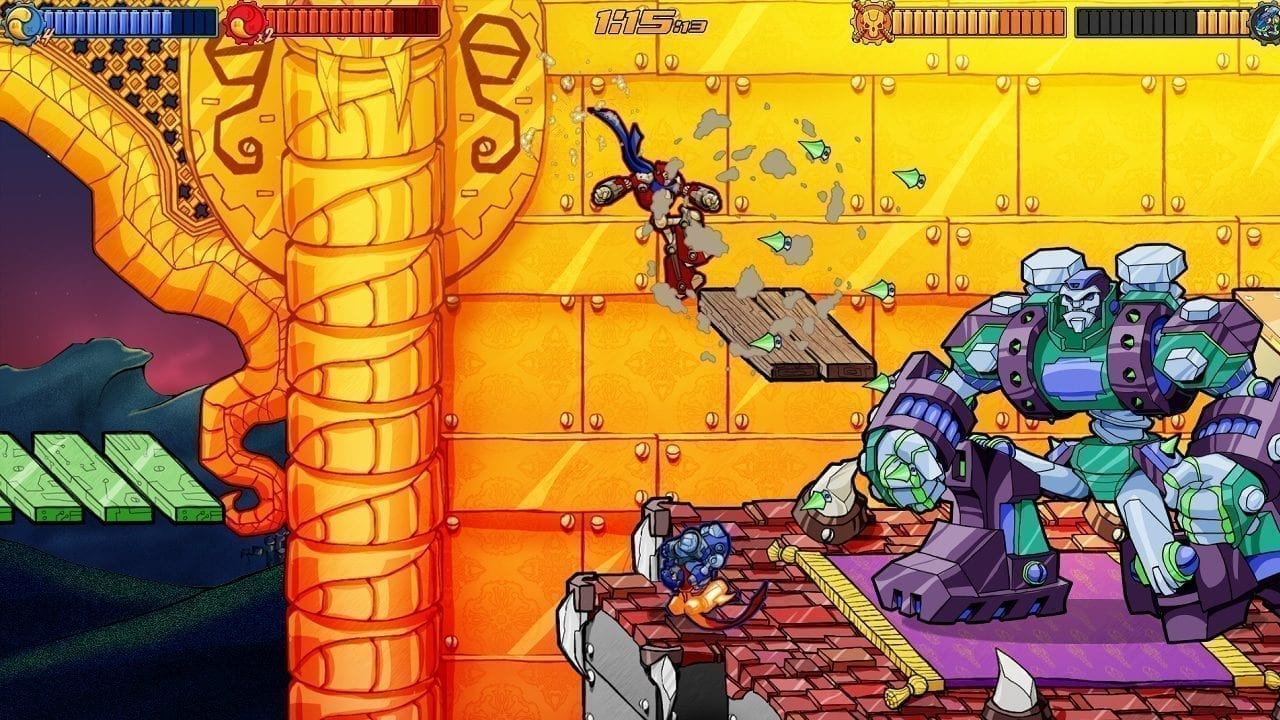 Even the patron saint of programming could design something, get a bug, and have no idea why. The Bot Gaiden demo has a few bugs and one of them is the platforming. The movement is fairly easy to control but sometimes feels glitchy. It’s especially evident in tight areas with narrow platforms and hazards all over. It’s surprisingly easy to get hit back-to-back before falling into an instant death pit. The screen layouts are also frustrating and act separately from each other. This leads to upsetting moments like climbing up a ladder only to fall off and die.

Going back to the enemies, there’s an imbalance in their variety. While all the enemies do look very different from each other, that’s pretty much all they have. Sometimes an enemy can look huge and intimidating but pose little to no threat. There’s also an issue with theming: What do pumpkins, rhinos, and bullet girls have to do with rats? Also, considering the short range of the bots’ standard attack, eliminating any enemy carries a degree of risk.

Lastly, while this may seem minor, there’s concern over the bosses. We chose to fight Ratbot and while we got through the level in decent time, the boss was helpless. He had a lot of health, but only one easily avoidable attack. Let’s hope that there’s more variety in the others. 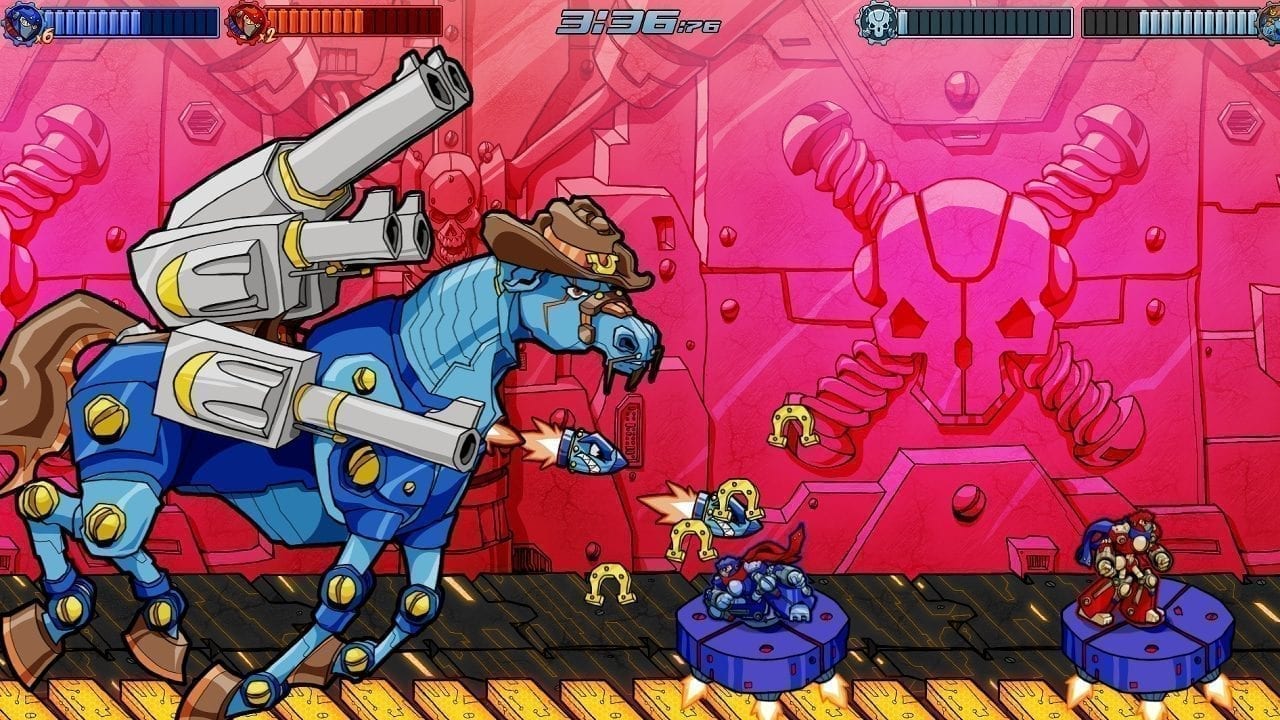 Bot Gaiden is a prototype-model that will reach its final stage sometime next year. The demo is like playing with action figures: fun, loud, and colorful. Although, like actions, some pieces are loose and could use some new replacements. However, there’s solace to be found since this isn’t the final product. There’s plenty of time for Sword Swipe Studios to add some new accessories and paint jobs.

If you’d like to try the Bot Gaiden demo for yourself, you can download it for free on Steam. The full game is currently set to release in 2021.