Bugsnax | How to Catch a Poptick 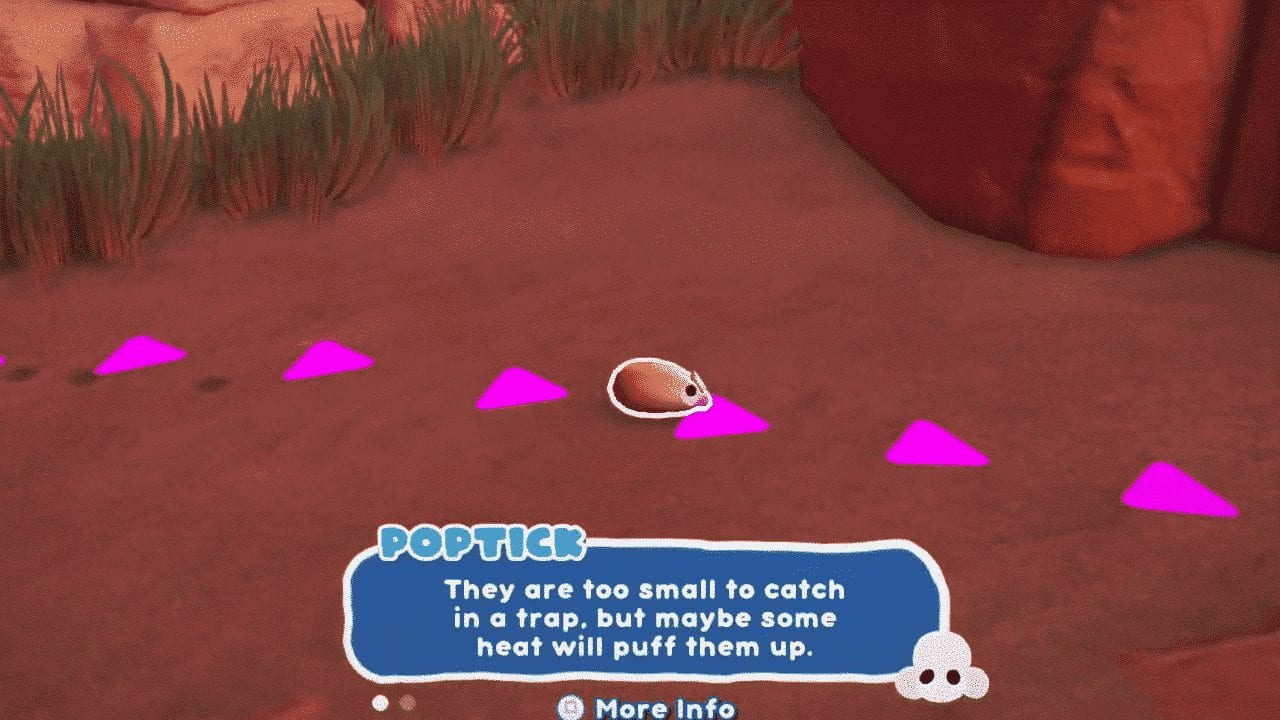 The world of Bugsnax is crawling with a ton of different creatures. Once the world is open to you, there’s a bunch of areas to get to, as well! So, when Wiggle Wigglebottom gets you to catch a Poptick (or two) in “Pop Music,” you’ll need to really work your mind. This guide will lead you through how to get these little kernels of wonder!

How to Catch a Poptick in Bugsnax

In order to catch your two Popticks, you’ll need to head to Scorched Gorge, just west of Snaxburg. The Scorched Gorge is where you collect your next ammo type – Hot Sauce – which will be useful for making these little critters pop. Then, you just have to lead it to a trap!

Hot Sauce is collected just like chocolate and ketchup. So find some weird-looking flowers and you’ll be all set. You’ll need plenty because these little guys are hard to catch without making them pop! You’ll need some heat to make that happen, and it just so happens that hot sauce is more than just spicy in this world!

Basically, to catch a Poptick, you’ll first need to cover it in hot sauce by using your slingshot. You might need to shoot the Poptick multiple times to make it pop. Additionally, make sure it isn’t about to walk into the river going through the gorge as that will wash off the hot sauce and make you have to start all over again.

The other method of getting the popped bugs is by having a Scorpenyo shoot it. This tends to make them pop faster. The Scorpenyo shoots Popticks after you shoot them with Hot Sauce, and tends to pop them just a bit quicker. So if you’re having trouble with the first method, try this one!

Now that they’re popped, you need to offer them some chocolate to lure them in to the Snax Trap. Lead them away from the Scorpenyos (which are nearby) using chocolate, and then cover your trap in chocolate. Once it stops bouncing all over the place, activate your trap and collect your bounty!

Bring your treasure back to Wiggle Wigglebottom and she will agree to move back to Snaxburg!