Can You Customize Cars in Cyberpunk 2077? 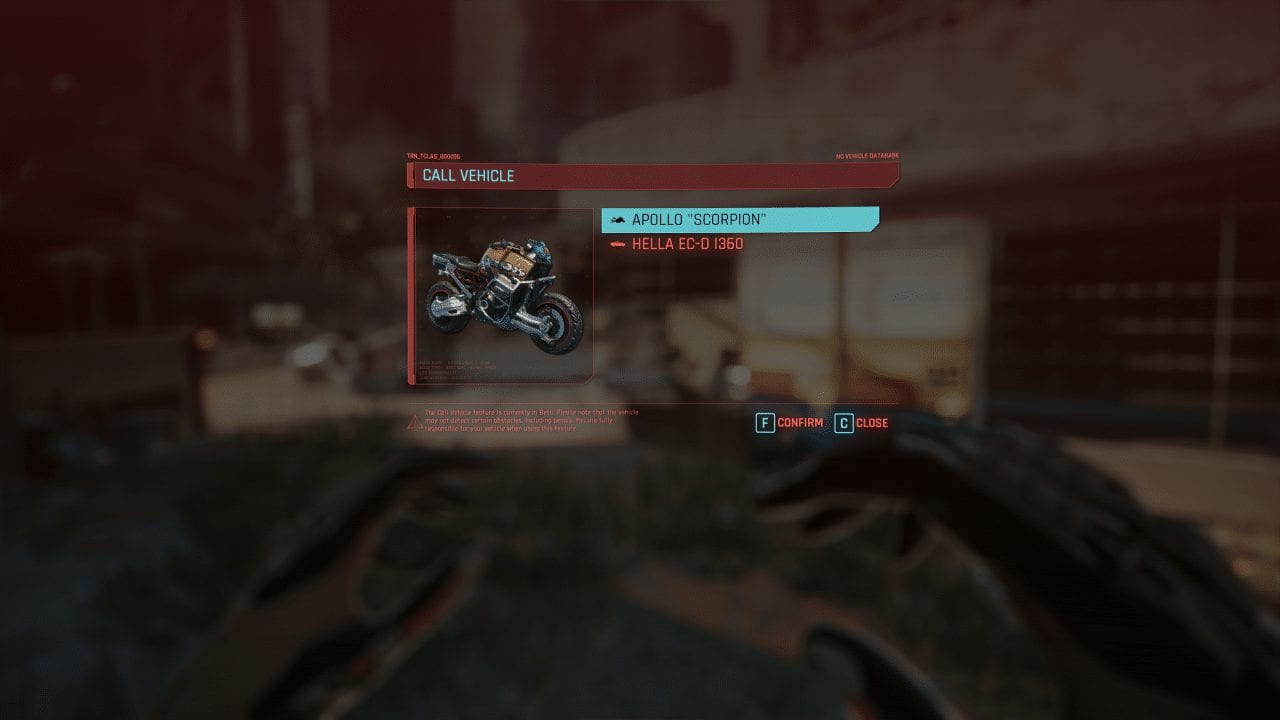 You’ve got a variety of vehicles to ride around Night City in Cyberpunk 2077. From motorcycles, to futuristic cars, to the Porsche 911, it seems that the game wants you to ride in style. So, that opens up the question. can you customize your cars in Cyberpunk 2077? Or are you stuck with basic options? Because even if you have all the preset choices in the world, putting your own spin on them is always fun.

Cyberpunk 2077 | Can You Customize Cars?

Unfortunately, no, you cannot customize your cars in Cyberpunk 2077. All you can do is find a car that you enjoy or that looks good with your style and purchase it, and then call it from your garage. From what we could find, you can’t even change the paint job or anything.

This is not to say there isn’t an absolutely crazy amount of cars to choose from in the game, because there are plenty! There are multiple cars, motorcycles, and fun vehicles that you can roam the streets with, and each have their own stats. Collecting the cars and seeing which one fits with your sense of style or flair the most can arguably be some of the most fun this game can give you.

However, the fact that you can’t customize cars at all is a little strange. In a game all about changing who you are to benefit you the most, you can’t even move some parts around? Of course, it’s better that CD Projekt Red focused more on the base mechanics and world building during the delays. But it would have been nice to see some ways of upgrading the stats – or style – of some of our favorite rides.

Cyberpunk 2077 released to grand reviews. The game is a tiny bit buggy, especially on older consoles, but it’s far from done getting updates to fix things. On the flip side, you’re getting a crazy, in-depth, sci-fi RPG with a ton of missions, content, and story. If you’ve never tried a cyberpunk RPG, this is by far the most modern and fantastic-feeling ever released! It’s truly a sign of the newest generation of gaming consoles, and the next step in graphics.