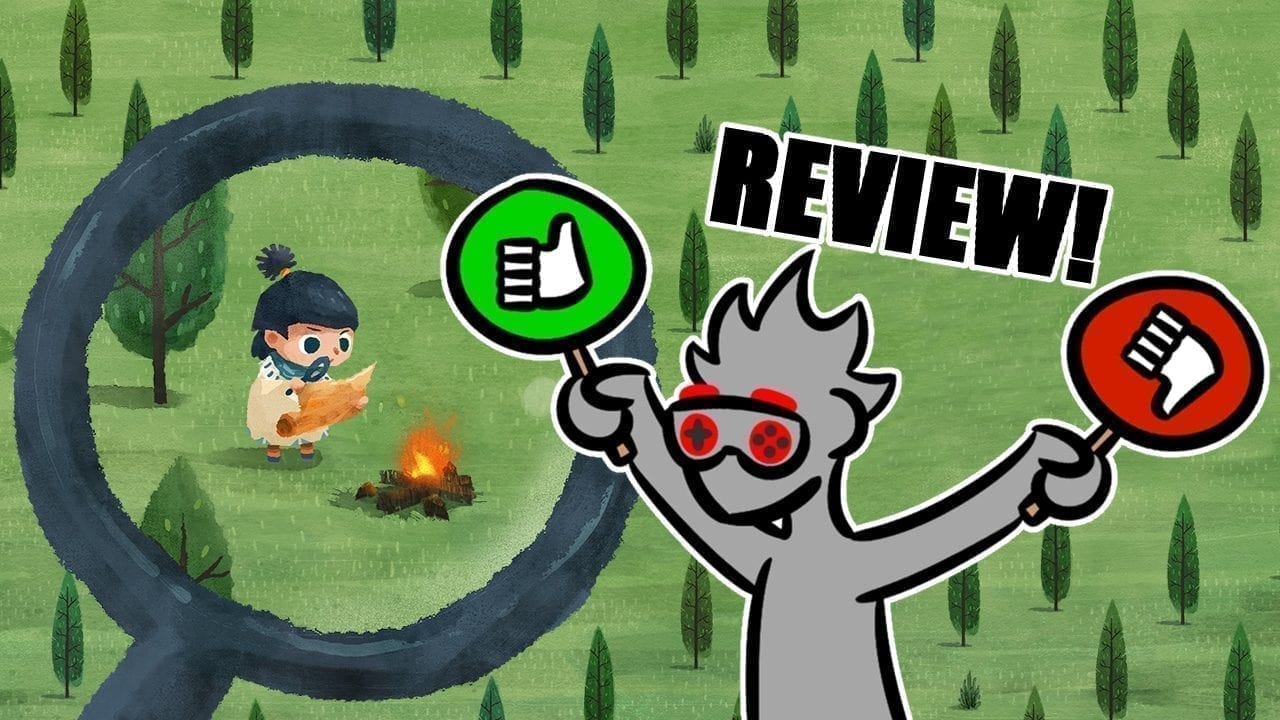 With the existence of the internet and the ease of access, the mystery of the physical world continues to dwindle. I’d wager many of us have fantasized about being explorers and discovering parts unknown like those who came before. To give us a taste of that, Sunhead Games has created Carto, a game about puzzles and cartography. Released late October, Carto is a 2D adventure game that revolves around exploration, collecting things, and making maps. While it’s not related to Halloween or fall, I was curious to wander its world and see what it had to offer. Below, you’ll find our Carto review!

Most of Carto’s plot appears as dialogue and word-less still images. It may lack flair, but the story comes across fine: A girl is traveling with her grandmother in her airship when a storm suddenly strikes. The girl and the pieces of the map the pair were working on are blown out one of the windows to the world below. It’s up to the girl to discover and travel across the world by finding all the scattered map pieces and putting them together. The story is a solid setup for an adventure that encourages exploration and curiosity. 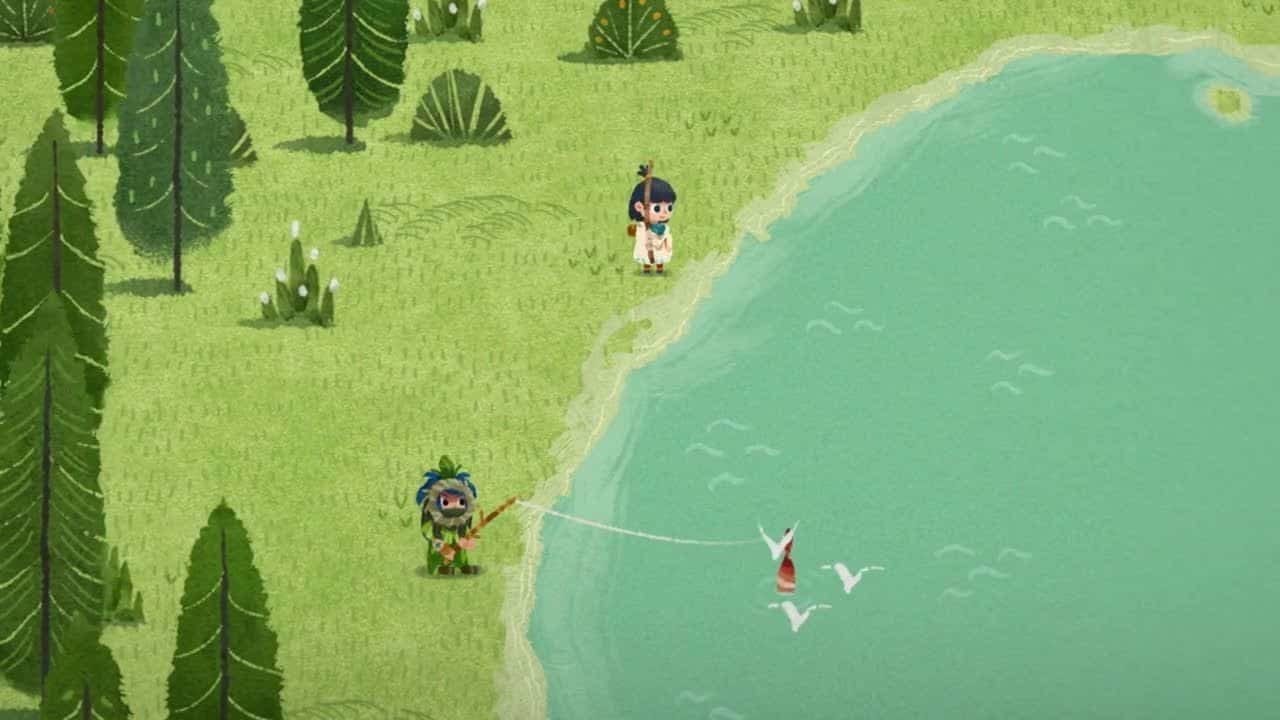 If it wasn’t clear, the goal of the game is to collect map pieces of the current area in order to progress. As simple as it sounds, it’s a surprisingly engaging objective. In any given world you arrive in, you have a handful of pieces available, leaving little to explore. Because of this, you feel a sense of motivation to explore everywhere and find any lingering pieces just so you can explore more and have new places to visit. Map pieces are usually found in unexplored areas either laying out in the open or hidden away. There’s a small burst of excitement that comes with finding each one.

As far as puzzle mechanics go, Carto’s is pretty interesting and entertaining. You have access to a map sheet that you can open at any time and arrange the pieces you’ve found. They can be rotated, locations can be swapped, and you can sort of make the world your own. It also comes with the fun novelty of moving your map around to reach different locations. You can even move the piece of the map that you’re on to other pieces because you’re in the map while being outside the map… maybe it’s best not to think about it.

Another thing is that Carto is deceptively lengthy. There are over seven different worlds to visit that all have their own look and feel to them. Several of them use their structures and layouts to create their own puzzles which provide different challenges. This creates variety and helps keep your mind active by switching up traditional ways of thinking. Aside from the navigation puzzles, there are many story puzzles from characters that make use of the fact that you can rearrange and rotate map pieces. 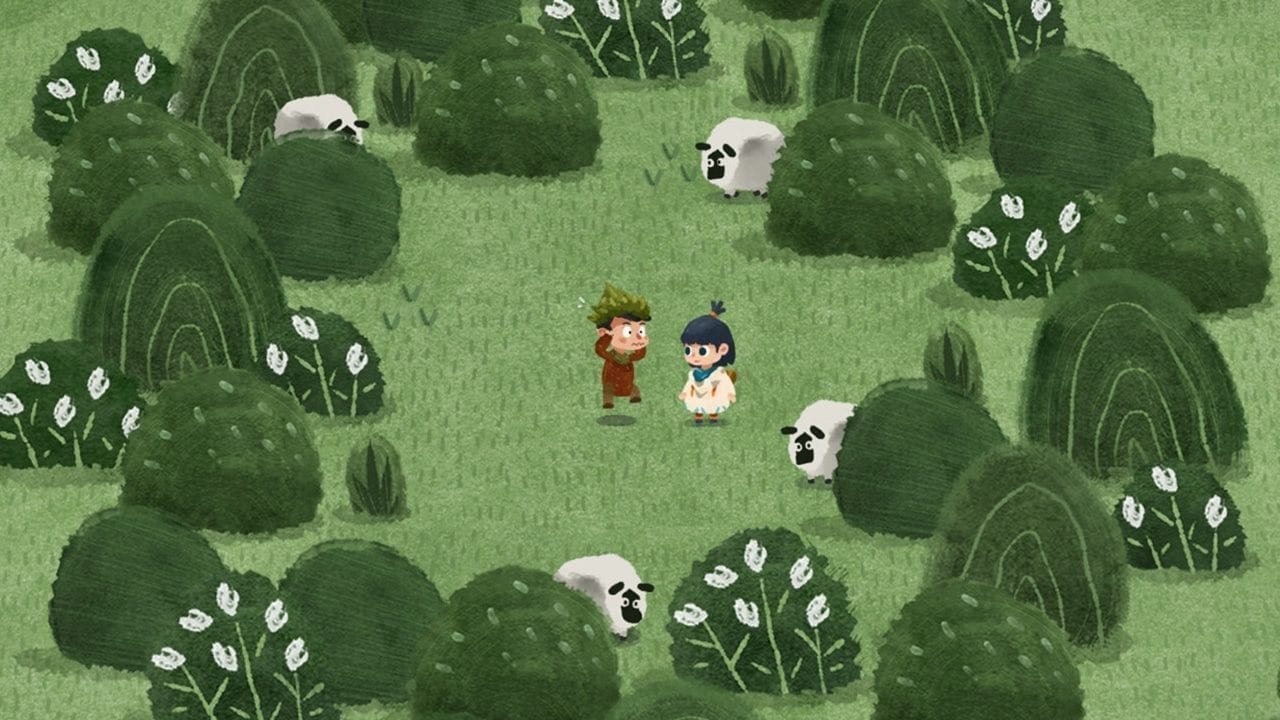 With all those parts of the map being scattered, it was expected that some would end up in… unsavory conditions. The first being the amount of content in the game: There could be more. As fun as it is to find map pieces and put them together, that’s really all there is to do. This was disappointing considering how long the game is and how expansive some of the worlds can be. There are a few secrets to collect, but there’s so much space to work with and so many places to hide things that it’s sad that there isn’t more to find. Considering that one of the main mechanics is combining different pieces to generate new ones, the potential is there for secret areas and accidental discoveries.

Next, there are the worlds and their themes. While the worlds are certainly varied, they don’t all shine. Some of them are huge, hiding several complex courses while others are a brief coffee break before kicking you back into the quest cubicle. I can forgive the fact that the standard ‘elemental themes’ are defining the worlds, but they rarely come into play in terms of reforming the map. It pretty much just changes what invisible-wall-du-jour you’ll be bumping into in the world. It also doesn’t help that there’s one area that you revisit several times with little change and challenge to appreciate.

Lastly, there are the puzzles and mechanics. The idea of the world you explore itself being the puzzle is a pretty magical idea, but it feels held back. A majority of the puzzles simply involve connecting certain pieces to make something happen, using maybe two to three pieces at a time. There are a few moments of altering the map as you navigate, which are some of the best, but suffer from the smaller, sometimes tedious tasks. To make things worse, as often as you open the map, sometimes the cursor goes haywire all over the place. 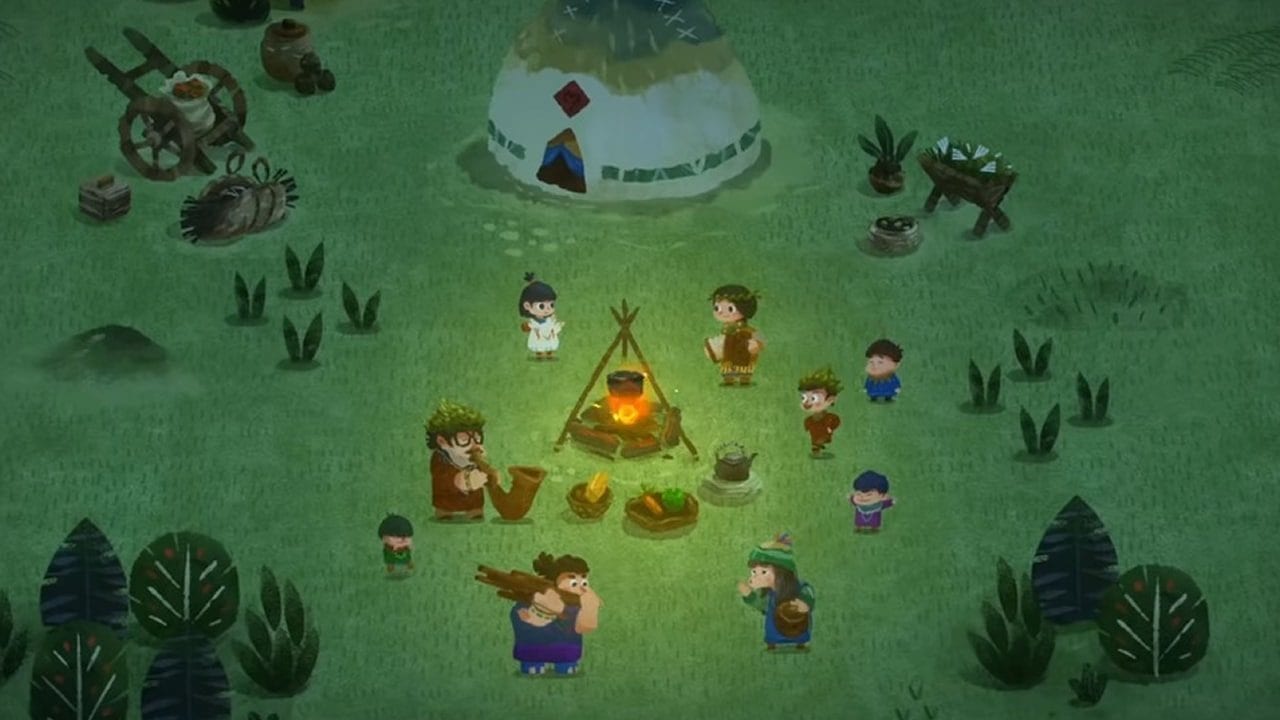 Carto is about exploring worlds that you need to build by collecting map pieces for the world you’re in. It’s a lengthy cartoon adventure currently available on PC and Switch. While there’s missed potential in terms of content and mechanics, what is there is enjoyable and provides a challenge. So, if you’re longing to feel like you’re mapping out a world, take up Cartography… or play Carto.

This review is based around a Switch version of the game. Carto is currently available for download and purchase on PC via the Nintendo eShop. For more, check out our Review Policy.