Chained Echoes Rusty Katana | How to Get 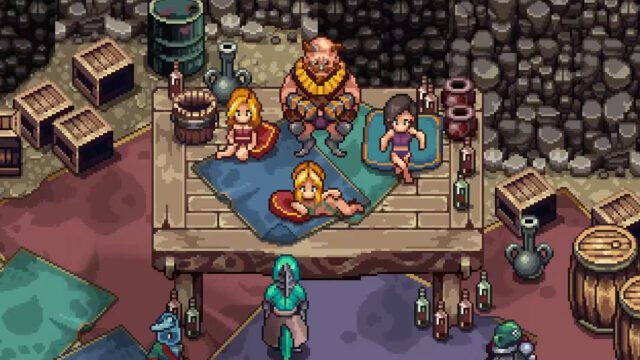 Sienna is one swift baddie in Chained Echoes; deadly with a sword and quick with movement. As the red-haired thief of the group, Sienna specializes in not only stealing but in her respective field of combat as well: Katanas. And since she can acquire an Ultimate Katana later in the game, defeating enemies will become a much easier endeavor for players to go through. This Ultimate Weapon comes in the form of the Rusty Katana, which is obtainable through a side-quest in Chained Echoes. Here’s what you need to do to get it.

How to Get Rusty Katana in Chained Echoes 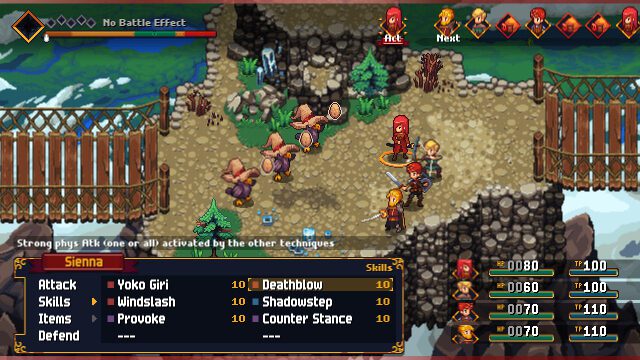 You can find and buy the Rusty Katana from Norgant for 9,999 arc after completing the “Two-Winged Angel” side quest. This occurs much later in the game when you’re ready to start crafting Ultimate Weapons. You will also need a Soul of Farnese to create the 10-star Masamune sword for Sienna. This is can also be purchased from Norgant for 9,999 arc.

If you’re experiencing some difficulty locating the “Two-Winged Angel”, you’ll have to travel to New Wyrnshire. Within an alley running toward the castle, a blonde Townsfolk will holler at your party to come hither. He’ll inform you of a house just south of his current location, thus commencing the side quest in question.

You’ll head toward the aforementioned house where a black market merchant awaits. He’s sitting more to the west of the home, and it’s here when we learn about Norgant. He has a fort over at the Kortara Mountain Range, though it’s not just a walk in the park due to the guarded area.

Taking control of Sienna now, the player will navigate through the campsite by blindly spelunking before successfully sneaking into the controlled territory. Eventually, the game will cut to Norgant discussing a particular Seraph Armor with his peers before returning the focus back to Sienna. Pick up Norgant’s Key from a chest just west of camp then proceed to the other side to access another cave. This will lead you to the back entrance, opening up the pathway for your party to come together.

Then, make your way to the tower from the campsite to locate the Seraph Armor. You’ll find Norgant waiting for you, having already anticipated your arrival. But instead of preparing for battle, he wagers a deal with you for the Armor: 50,000 arc. Purchase the armor from him whenever you have the funds for it, and the quest will come to an end.

Norgant’s stock is now open to you, which includes the Rusty Katana that we’re looking for. As previously mentioned above, the item itself costs 9,999 arc. Conduct your business as you would, and the sword will finally be yours.