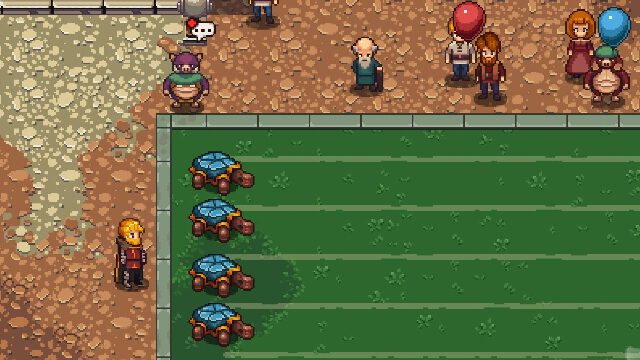 The people of Valandis have come together for a festival in Chained Echoes. After the country is shaken up from a cataclysmic event, people have gathered to partake in a variety of games to help them move on from the previous troubling times. With music and dancing denizens filling the lively atmosphere, the player (Ser Victor of Arkadia) can engage in a few festivities. One such activity features the Tumultuous Turtle Touchdown race, where four turtles contest for a thrilling first-place position. The animals are ready, and the bets are set. Now, you get to pick which shielded reptile will potentially reach the finish line.

How to Win the Turtle Race in Chained Echoes 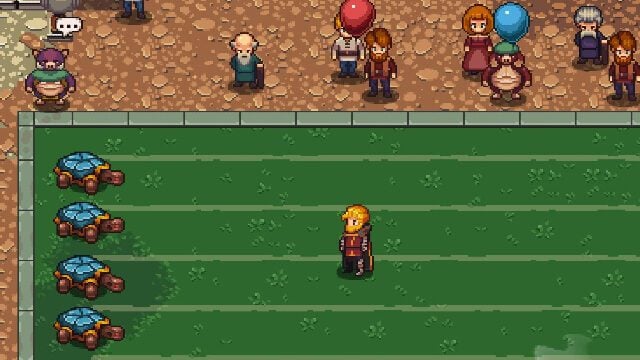 The turtle race is completely randomized. The festival employees shuffle up the order of animals with each individual race. This basically translates into a game of chance and luck rather than reliance on statistics. Since there are four turtles, that means that only one is the definitive and consistent victor. Therefore, speak to each turtle until one of them responds with a coherent “TURTLE!” rather than a hesitant “Tu…rrr…t…l…e…”. Stick with the unhesitant animal, and you’ll soon win multiple races without betting on chance. That’s only if you want to cheat, though.

If you don’t, keep in mind that the entry betting fee for the turtle race is 10 chips per game. Even if you lose all of your chips, you can always return to Heinlein to replenish your 50-chip initial intake. He’ll be near the bottom of the festival, where you first leave him to go participate in the various games.

In addition to the turtle race, Ser Victor can also duel with an eccentric townsperson (known only as Champ) in a game of Rock, Paper, Scissors. However, he seems to always win, even if you begin with the suggested rock route from nearby citizens. That’s because he follows a similar pattern to the turtle hurdle, where the selections are randomized. Each fee is five chips, though it’s completely up to you if you wish to take down this undefeated champion.

There’s also the apple-eating contest where every single cleared plate rewards Ser Victor with 1 chip. The fee is 10 chips, but he won’t have to play a game by luck this time around. Instead, the player will need to button-mash their way through the timer to see how much they can walk away from. From there, Ser Victor can collect his winnings at the end.