Chivalry 2 | How to Play With Friends 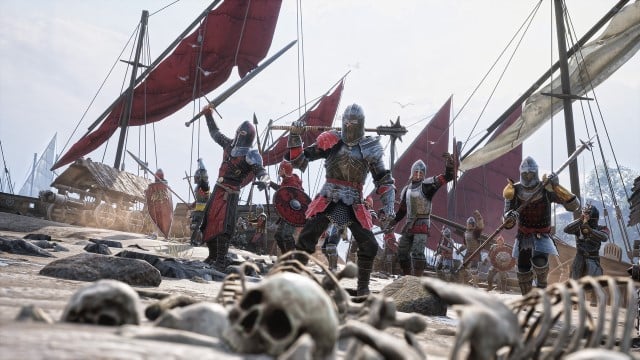 It’s time to venture into battle once again. Chivalry 2 has arrived, and this time, there’s more strategy and teamwork involved than ever before. Because of that, journeying onto the battlefield might be easier with a few buddies. Unfortunately, Torn Banner Studios did not make it easy on us, so the question of how to play with friends is still quite prevalent. However, do not fret: There are set and standard ways to ensure that you are heading into battle with your buds before a game of Chivalry 2.

How to Play With Friends in Chivalry 2 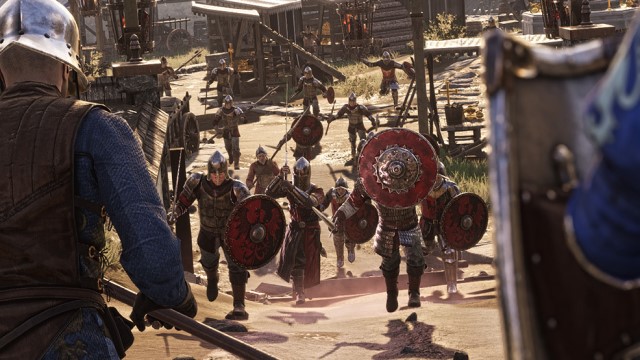 In order to play with friends in Chivalry 2, you’ll have to be on the same platform. Head to the Social menu (Triangle or Y buttons, or clicking on the menu on PC), and invite your friends from there. Anyone you want to invite must be on your friends list to ensure they can join your party. Then, once your party is set up, you’ll all be put in the same match on your next game.

Unfortunately, Torn Banner Studios was unable to implement full crossplay at launch. This makes sense, as Chivalry 2 already has a lot of moving parts. We can expect Torn Banner to get crossplay implemented relatively quickly. However, right now, that’s just not happening.

Until that update, the party system is just based on a Friends list. That’s standard for these games, and it’s actually really quick to use. However, it’s a bit harder to pair up with a new random face you’ve just met. That can be disappointing, but adding a new face to your friend’s list isn’t the worst thing ever!

Chivalry 2 is currently live on the Epic Games Store, Playstation 4 and 5, Xbox One, and Xbox Series X|S. It continues the medieval combat of the original game, but adds new sub-classes and perks to make things fresh. If you’re looking for a medieval battle simulator that looks to be supported far into the future, look no further!

Check out some of our other articles on Chivalry 2 and games like it!