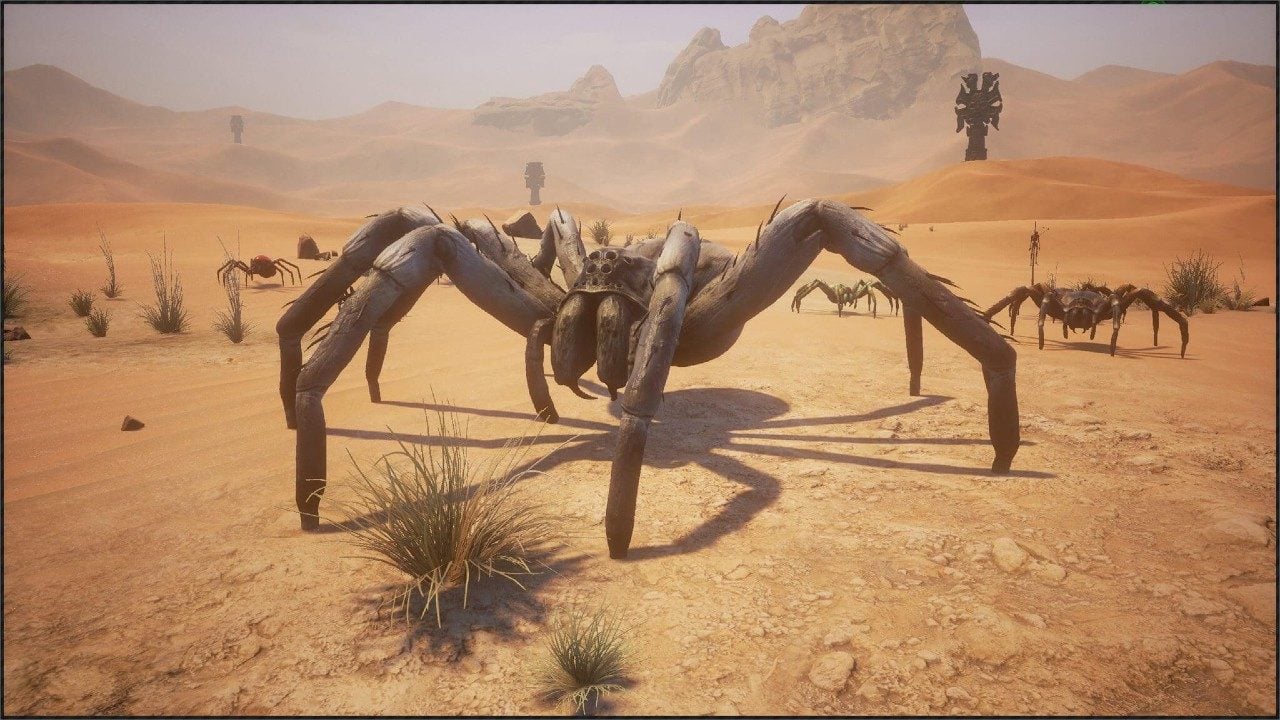 Spiders in Conan Exiles account for two of the game’s 14 unique legendary creature species. Both Demon Spiders and Giant Spiders can be hunted down and slain, having 20871 health, as well as 84 armor. Much like every other legendary creature in the game, killing one will earn you a skeleton key, which can be used to unlock legendary chests for some cool loot. Achievement and trophy hunters will also earn themselves the “From What Hell Have You Crawled” achievement or trophy for killing a Giant Spider. Before you can even think about killing one though, you need to know where to find these spider locations.

Where to Find Spider Locations in Conan Exiles 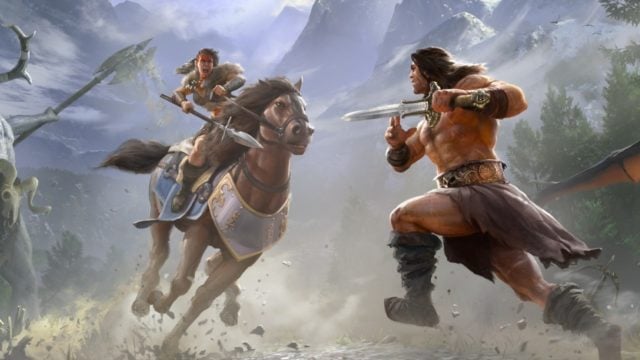 There are five Giant Spiders to find in the Exiled Lands map:

Their names are clues as to where the spider locations are, but we’ll cover them in a bit more detail here. All but the Southern Giant Desert Spider are Red Knee Spiders, while that particular one is a Black Spider. They do not differ in combat style, drops, or stats.

The Southern Giant Cave Spider can be found in the back of the appropriately named Skittering Cavern. This cave is littered with small spiders, making it a good source of gossamer, which is used to make silk. The Skittering Cavern can be found along the western river fork, on the border of E5 and F5 on the map, on the north side of the river.

The Black Spider, the Southern Giant Desert Spider, can be found in the H5 square of the map, about two-thirds of the way up the square, next to a large cliffside. Spinebreaker’s Flank is a camp, home to the Dafari Cannibals, and is a hotspot for spider attacks. Don’t be surprised to find zero NPCs alive here, as it’s not unheard of for all of them to be killed.

The two Giant Jungle Spiders can be found at the exact same location, The Silkwood, in the deep southeast of the Exiled Lands. As well as the two Giant Spiders, numerous coal deposits can be found here. This jungle location is found in the northeast corner of the M4 area. When you reach the jungle, identifiable by its dirt paths, dead trees, and thick fog, it’s advised that you make work of the Giant Spiders quickly. It’s possible for them to wander out of the area when you approach, and you don’t want to make it harder for yourself to find them.

Finally, the Northeastern Giant Desert Spider is found at yet another Dafari Cannibals campsite, this time in the northeast. The Dryfalls are home to this spider, as well as numerous fighters patrolling the camp, and can be found along the border of the L7 and K7 map squares, very near to the bottom, along the transition zone between the desert and jungle. The camp is located atop a large rock formation.

Demon Spiders are smaller in size, but identical in health and armor, though they have a higher knockback defense than Giant Spiders, so they can be a bit trickier to keep at a safe distance. There are three Demon Spider locations in the Exiled Lands, with a third location in the Isle of Siptah that requires the latest DLC.

The second Demon Spider in the Exiled Lands makes its home at the Wreck of the Martyr, a shipwreck in the eastern sea. This shipwreck is along the border of the O6 and P6 squares. It is found between the two islands near the north of this border. Aside from the Demon Spider, there isn’t much of anything at this shipwreck.

The final Demon Spider in the Exiles Lands is at the Wine Cellar, accessed through the back of the tavern in Sepermeru’s Waterslide. This tavern is in south-central B7, just south of the body of water in the middle of the region. The Wine Cellar dungeon is owned by the Relic Hunters.

The Isle of Siptah DLC features one new Demon Spider to find. Spinner’s Ridge is a large bridge with two tall stone archways at either end, covered in giant spider webs. This bridge is located in D10 on the map and is home to the Demon Spider, guarding two chests.

If you’d like to read more about Conan Exiles, consider these reads: