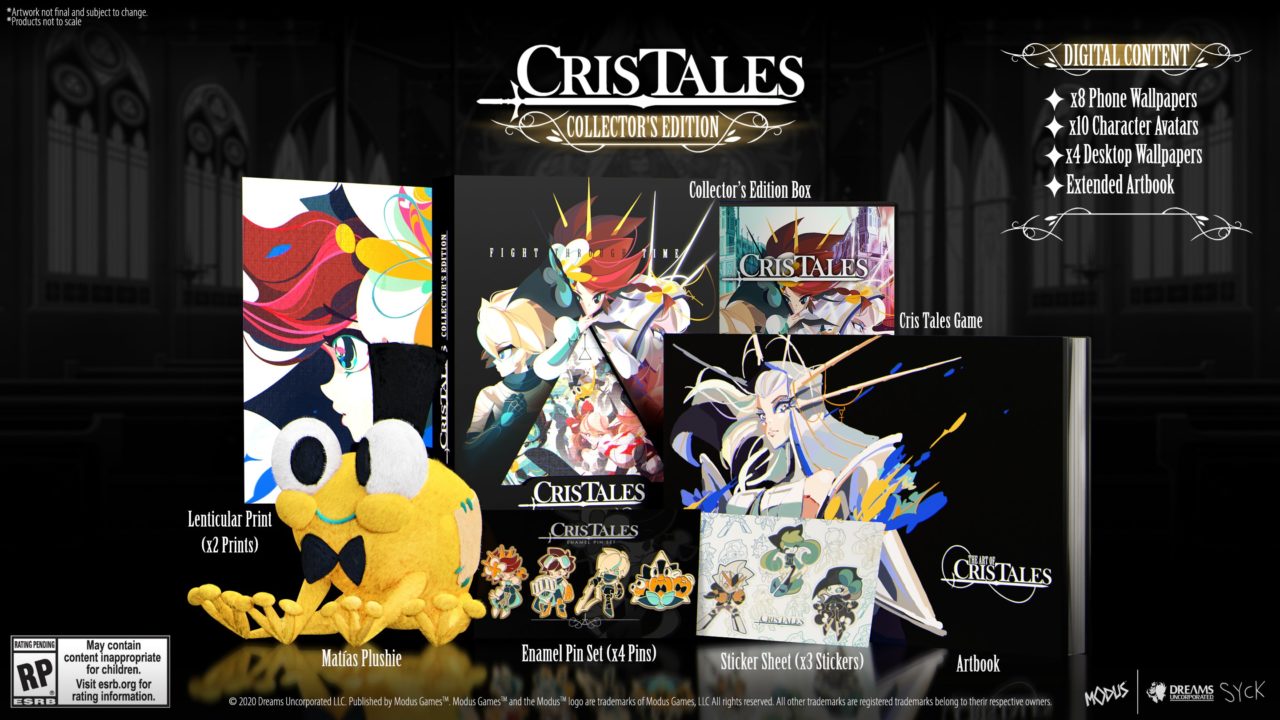 Dream Uncorporated has revealed the Cris Tales Collector’s Edition, full of memorabilia for fans. Further, preorders for the game are now live ahead of its July 20, 2021 release date.

The Cris Tales Collector’s Edition is confirmed for Europe, Canada, and North America, coming in at $99.99. It will include a physical copy of the game, as well as several other bonuses like a sixty-page art book, containing concept art during the game’s production, as well as two art prints. Also included is a 9” soft toy of Matias, three-character stickers, and four pins displaying the characters. Lastly, it’ll include an exclusive game sleeve and a collector’s box to store it all in. Digital content codes are included, with eight phone wallpapers, ten character avatars, four desktop wallpapers, and more concept art.

Pre-orders for the Cris Tales Collector’s Edition are live now through retailers like Amazon and Maximum Games. The game was initially slated for release in late 2020 after a demo was released in July of last year, but now has a release date of this July. In April 2021, a new trailer confirmed this summer release date, giving Cris Tales the concrete launch that it didn’t have before.

In Cris Tales, players control Crisbell, an orphan in the Crystallis Kingdom. She teams up with a magic frog to uncover her hidden powers after her village is raided by goblin bandits. Together, they must defend her hometown and take on the evil Empress of the Ages, who has employed the goblins to overtake the realm. Labeled a “love letter to classic JRPGS,” it’s set to reinvent the genre with bright landscapes, engaging combat, and a whimsical story.

Boasting so many pre-order bonuses, the Cris Tales Collector’s Edition is surely game worth picking up for fans of the franchise. So if you’re interested, be sure to reserve your copy before it’s too late!