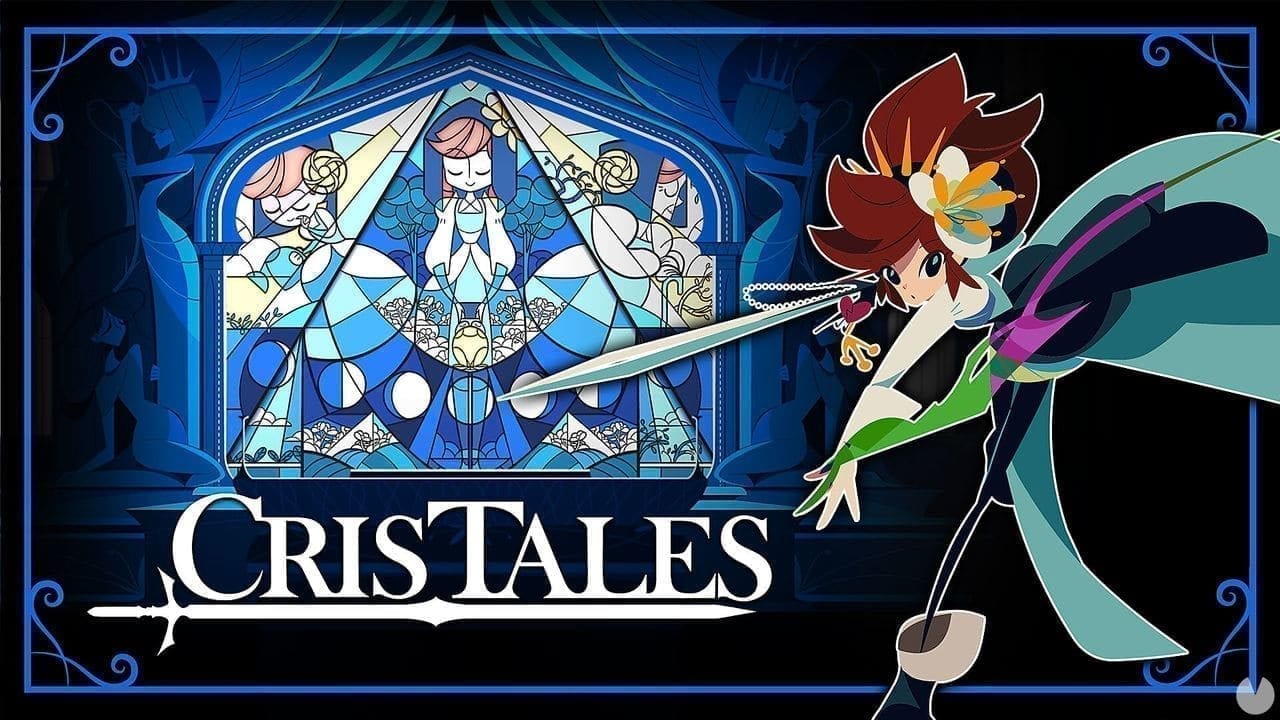 The spirit of the beloved JRPG is alive and well in the soon-to-be-released Cris Tales, expected to arrive on all major platforms this November. Developed by Dreams Uncorporated and SYCK, this title will be published by Modus Games known for previous games such as Trine 4 and Degrees of Separation. While there’s only a brief demo to hold us over until the fated release date, there’s plenty of incredible content and aesthetics to expect from the game, so without further adieu, here is out Cris Tales demo first impressions.

The Story So Far

The adventure follows a young orphan girl named Crisbell who soon discovers that she is a Time Mage with the unique ability to peer into the past and future simultaneously. Confused and frightened by this new power, she is soon caught up in a terrible plot conducted by the mysterious Empress who threatens her life and those of the ones she loves. With the support of a few brave allies and a dapper frog to guide the way, the player will need to guide Crisbell to master her new powers and fight for a brighter future.

A Storybook Comes to Life

One of the first things that jumps out from the Cris Tales demo is its beautiful visual style. All of the game’s content from the smallest flower to the most decorated warrior has been hand-drawn in a vibrant and colorful 2D style and the character models have been animated via frame-by-frame to give them more dynamic and natural movement. While the visuals are entirely 2D, players will be able to explore the foreground and background of the various locations around the Cris Tales world.

Though the demo only gave us a taste of the soundtrack, the music fits in beautifully with the fantastical surroundings.

A New Look at Time Travel 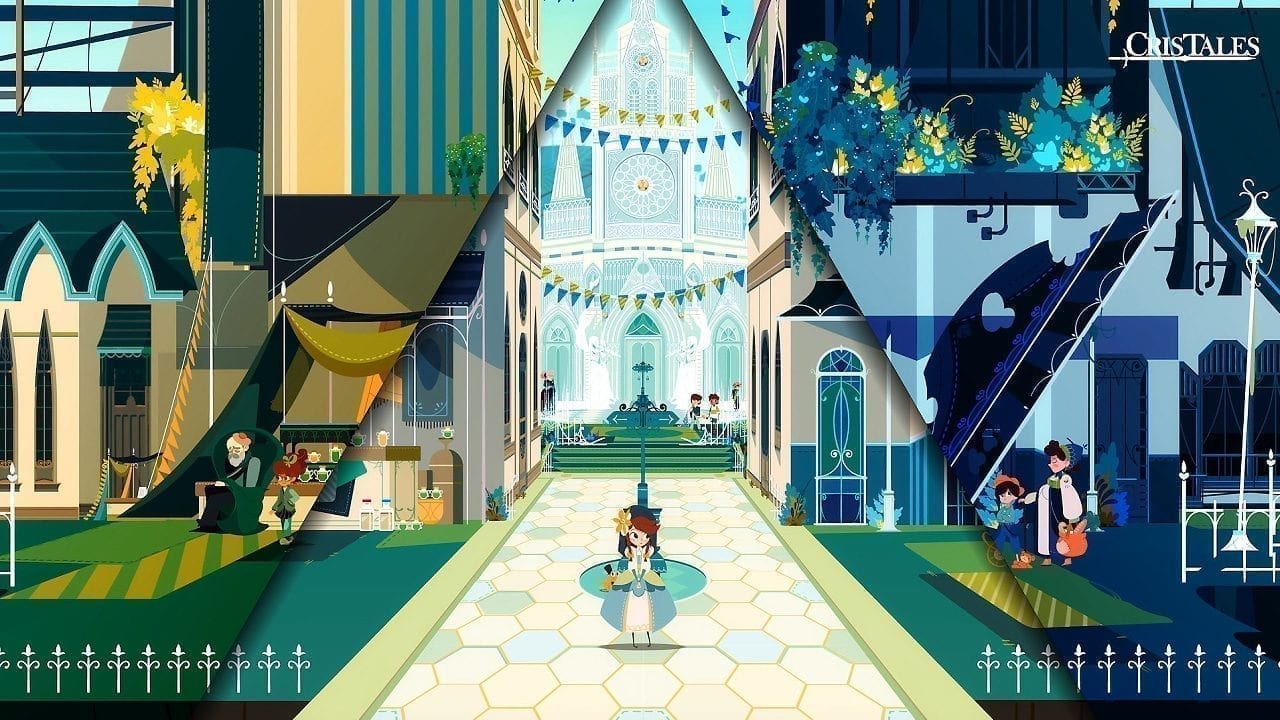 Epic stories and adventures about time travel are nothing new, which is why the Cris Tales team has worked hard to provide a new perspective which also serves as its core mechanic. Early on in the game, Crisbell activates relics known as Time Crystals which split the perception of time into past, present, and future. This view of perception certainly isn’t something new, but what makes it unique is how it affects the game screen, showing all three periods at once with the present in the center, past to the left, and future to the right. This allows the player to see the consequences of time travel in real-time as they face decisions that will yield results almost immediately once made.

The most interesting aspect of Cris Tales’ time travel is how it’s applied to the combat system. When a battle occurs, enemies will appear to either the left (past) or right (future) of the party in the center (present). This means that based on their position, enemies are vulnerable to being thrust into a different time period, drastically altering their appearance, stats, and actions which players can exploit to their advantage. They can also use it to enhance the effectiveness of character abilities, but also run the risk of making enemies more powerful as a result. 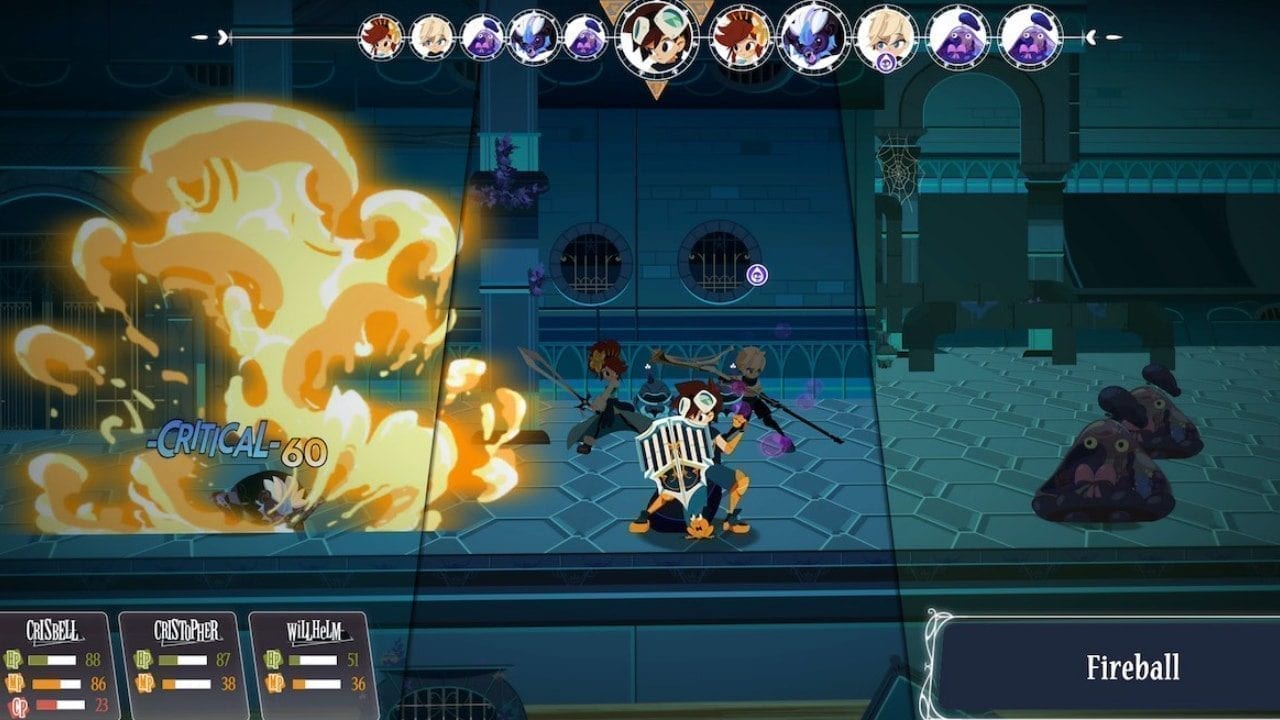 A staple of classic JRPG titles such as old school Final Fantasy and Chrono Trigger is turn-based combat. Traditionally, battles are set up with the player characters on one side of the screen facing the enemy party on the opposite side with units taking turns based on speed. While the Cris Tales demo definitely uses a lot of the same elements, it tries to put a refreshing spin on it.

First, there’s the previously mentioned layout of characters always being in the center of the screen during battle. Characters and enemies take turns based on their positions on the timeline which is shown above the screen. In keeping with the time travel theme, players can do additional damage and reduce damage taken with well-time button presses while certain abilities have delayed or gradual effects. The Time-Jump mechanic also works in tandem with continuous effects: If a poison trap is planted in the past, the player can then bring it into the present to activate it instantly.

By adding time-travel to the turn-based combat system, Cris Tales will challenge players to think more creatively and strategically to overcome difficult opponents.

Though the entire Cris Tales demo is less than an hour, the game has so much promise and no doubt far more to reveal. The vibrant hand-drawn art style, interesting story, fantastical setting and unique take on the classic turn-based combat system make for a truly special treat. Cris Tales releases on November 17 later this year for Xbox One, PlayStation 4, Nintendo Switch, and PC, so be sure to make room on your platform of choice. It’s about time for some solid JRPG nostalgia.