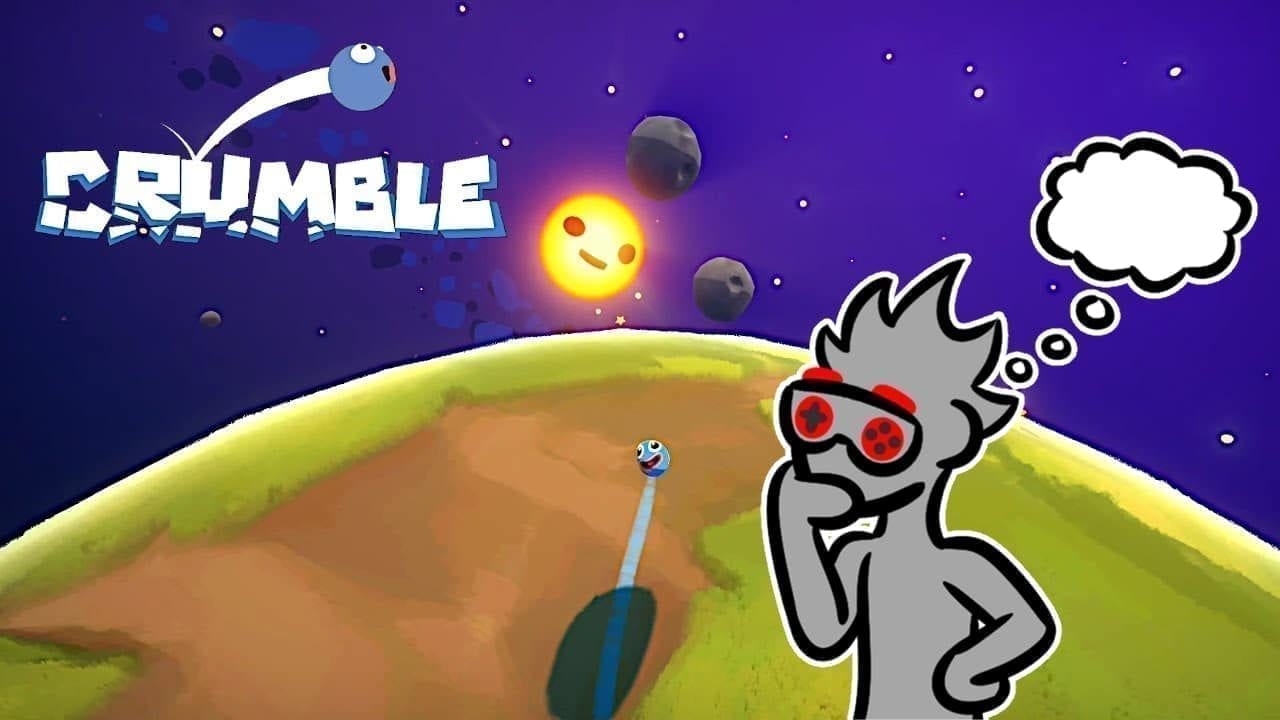 There are only a few situations where crumbling is considered a good thing. After all, aside from the delectable fruit treat, a crumble is something most people try to avoid. However, the developers of Brute Force laugh at this notion and plunge headfirst into the term. Flying in the face of expectation has paid off with the paradoxical creation of the studio’s upcoming game Crumble, where the word is both good and bad. The game’s demo sets up a spacefaring little blob that swings through different crumbling worlds in order to get back to its ship. Spider-Man shows just how much fun swinging can be, and the Crumble demo uses that gusto to take us for a ride.

There Once Was a Blob…

Sometimes demos skip over story elements to focus more on gameplay, which makes sense. However, Crumble does have a story, and it’s made pretty clear within the first few seconds of play. An unnamed blue blob arrives on a planet to explore only to realize that the land is coming apart at the seams. Left with no alternative, the blob must find a quick route back to the ship or fall along with the collapsing planet. The story is simple, but it easily ramps up from idyllic blobby fun to tense action sequences with little to no effort. 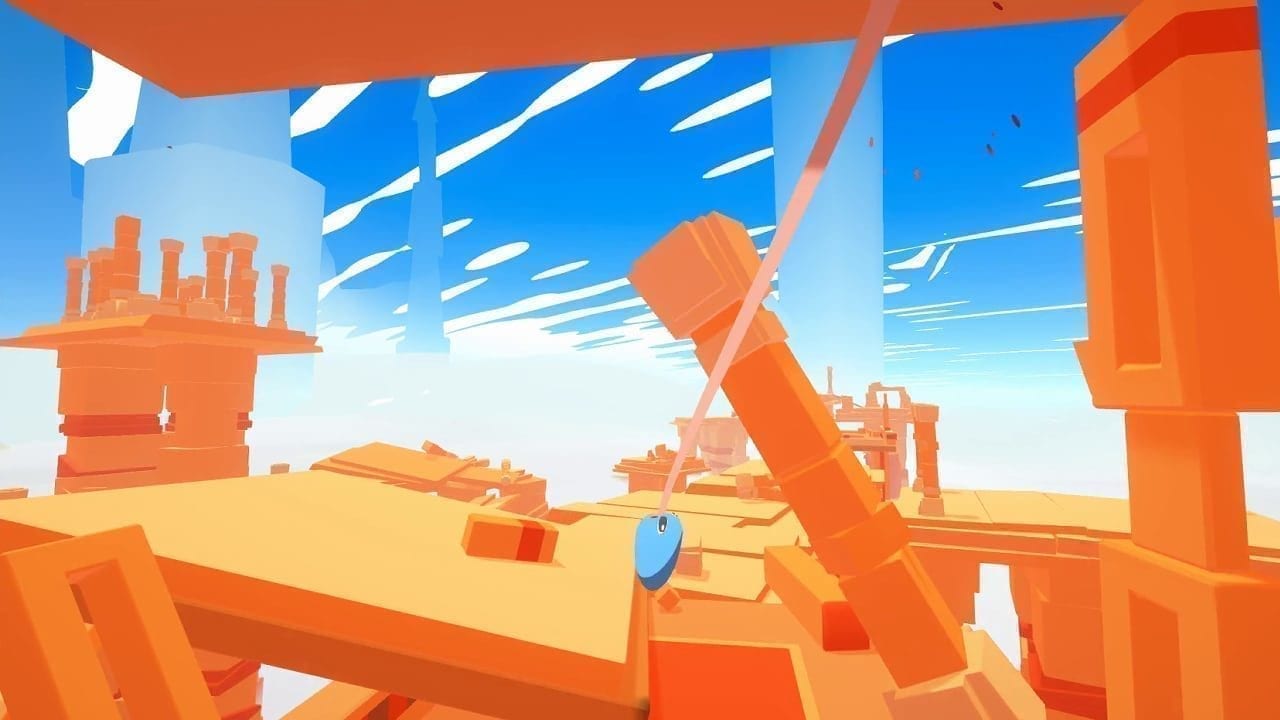 The headline of Crumble is the game’s swing mechanic. At any time, the blob can shoot out its tongue like a chameleon, and it will attach to most (if not all) surfaces. The attachment point acts as an anchor, allowing the blob to swing freely around within range. In worlds full of low ceilings and tantalizing branches, there are plenty of chances to put the tongue to use. If the player reacts fast enough, it’s even possible to use the mechanic to save the blob from a potentially fatal fall. At the rate everything begins to crumble, this creates an exciting environment to test and hone some swinging skills.

Considering the size and number of worlds, there’s a solid emphasis on navigation and platforming. The blob can roll around and jump a fair height, making it easy to explore most of the larger areas. The movement is made to compliment the blob’s spherical shape, adding importance to momentum. In fact, some of the more exhilarating moments are when the blob has to build up speed to zoom across long tracks and past falling debris. Jumping takes a back seat with the presence of swinging, but works fine when it has to take the wheel.

If this game didn’t overflow with physics, then I don’t think “crumble” would work as a title. Most of the structures are made up of extra-large Jenga-like pieces masquerading as scenery, and there’s no problem with that. Though things can start falling apart at any moment, it’s pretty easy to tell which platforms are stable and which are not. Of course, there’s also the chance that another element such as archaic will emerge to speed up the crumbling process, ramping up the intensity. Whether the blob is blasting through structures or falling with them, there’s something therapeutic about watching the spectacle. 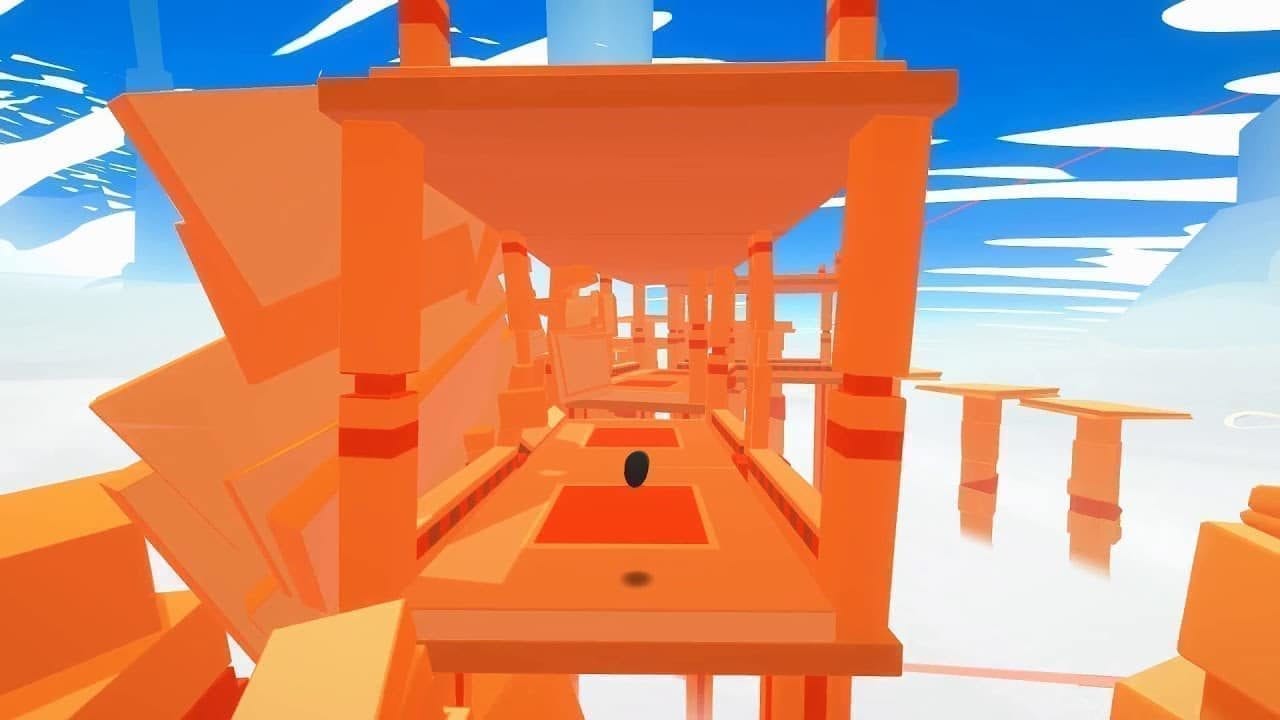 Blobs have no bones (as far as we know), and so have to work extra hard to support everything. Because of this, some in-game objects aren’t as structured or strong as they could be. The swing mechanic could definitely use a bit more tuning. Attaching the tongue is easy, but the swinging that follows varies. Sometimes the blob swing too slow, other times it will be too fast, and occasionally it will just go wild. Momentum buildup going into a swing isn’t always reliable, and doesn’t always yield the best results. If there is a swing strategy, it relies on trial-and-error.

Despite the variety of levels and planets in Crumble, they all feel kind of empty. There are plenty of platforms and structures to explore, but there’s very little to be found on them. That may be understandable, since everything is expected to crumble. Still, floating items would pair well with the amount of swinging.

As for the crumbling itself, there are moments where it feels too overzealous. There are parts in levels where things fall apart too fast or too soon. It’s quite disheartening to jump to a branch only to have it fall seconds after attaching the blob’s tongue to it.

At last, we should talk about the tongue. Although the tongue sticks to nearly any surface, actually launching it with accuracy can be problematic. First, the range of the tongue is not very clear, and it’s picky about what distances it will trigger. The other issue is how imprecise it can be, and this is a real problem during messy crumbling segments. When there are so many objects falling close together, the last thing you want to do is aim for a ceiling only to attach to a falling floor tile. 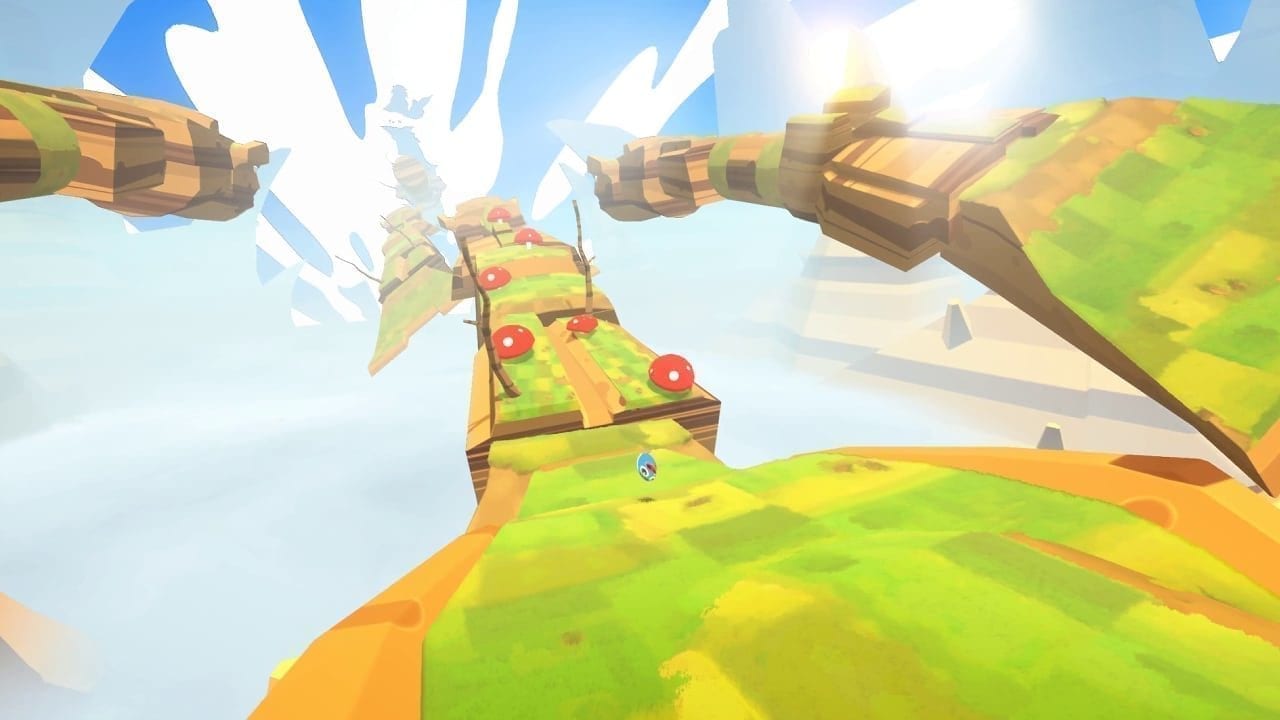 The Crumble demo is crumbling before our eyes, and that’s a good thing. The ragdoll structure physics and the freedom to swing around build up a fun time. Some of the mechanics and design layouts can use a little tightening, but there’s plenty of opportunity for future fixes. The blob hero swings into action on December 4 on PC via Steam and the Nintendo Switch. If you’re tired of seeing spider-people soaring through the air, check this game out and let blobs take a swing.