Cyberpunk 2077 | How to Romance Meredith Stout 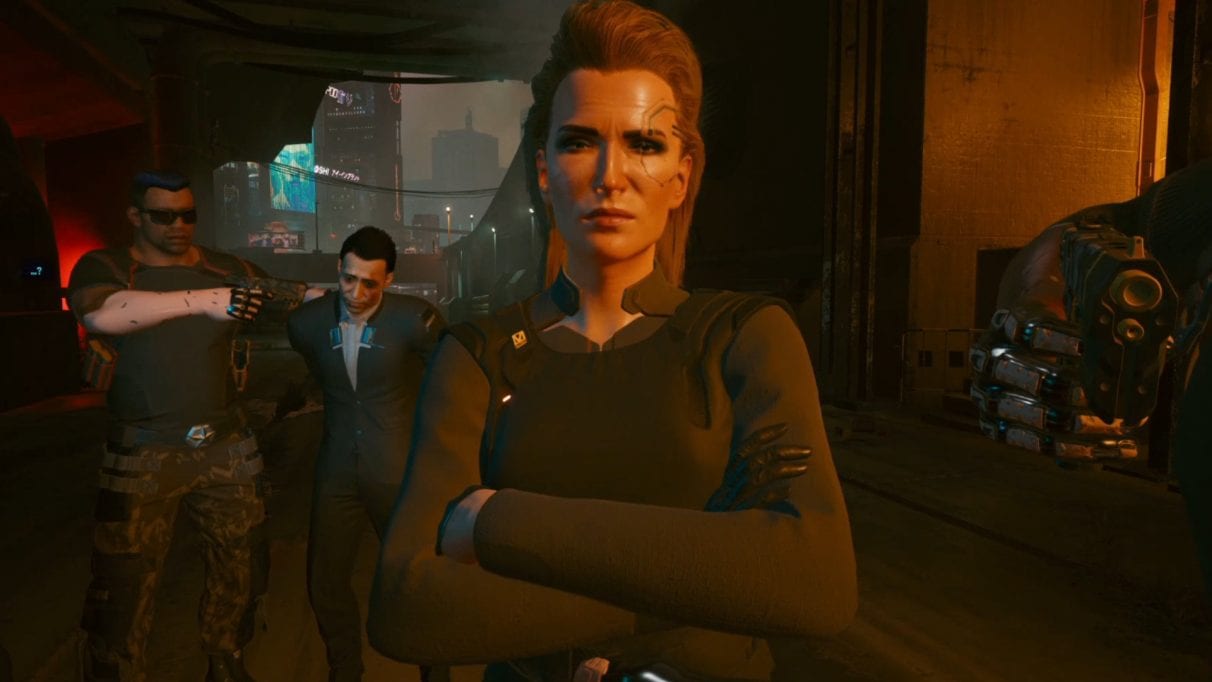 The world of Cyberpunk 2077 is controlled by various megacorporations, generally called corps, that basically run every aspect of the city. One of these corporations is Militech, and they are in charge of the emergency services. One of the higher-ups of Militech is Meredith Stout, and surprisingly, she’s one of the characters the player can romance. Here’s how to romance Meredith Stout in Cyberpunk 2077.

Meredith Stout is a fairly unique romance in the game for a variety of reasons. Unlike the other romance characters in the game, any version of V, male or female with any combination of body and voice, can romance Meredith.

Meredith is also the earliest romance in the game, aside from one night stands with Joytoys. The last thing that makes Meredith’s romance unique is that it is similar to Joytoys in that it’s more of a one night stand.

The player will have the option to meet Meredith Stout on the mission “Going Pro” in Act 1. The player can choose to meet with Meredith to get a data shard in for the last part of the mission. If the player chooses to avoid her entirely they will not be able to romance her.

After getting the shard, make sure that you use it as-is. This will force you to fight your way out of the Maelstorm base, but it will get you on Meredith’s good side. After escaping the base, she will meet you outside with a Militech convoy. Talk to her and don’t be too antagonistic.

After that, you can expect a text from Meredith during Act 2. After you respond, Meredith will tell V to meet her in the No-Tell Motel. Tell her that you’ll be there if you want to romance her. After that, meet her at the motel and you’ll be treated to a romance scene between her and V.

Once that’s over, your interactions with Meredith are done, aside from one text she sends you after. This might be disappointing to some, but there is the consolation prize of a non-lethal blunt weapon in the room where the two characters hook up.