Cyberpunk 2077 Skippy | How to Get Talking Gun 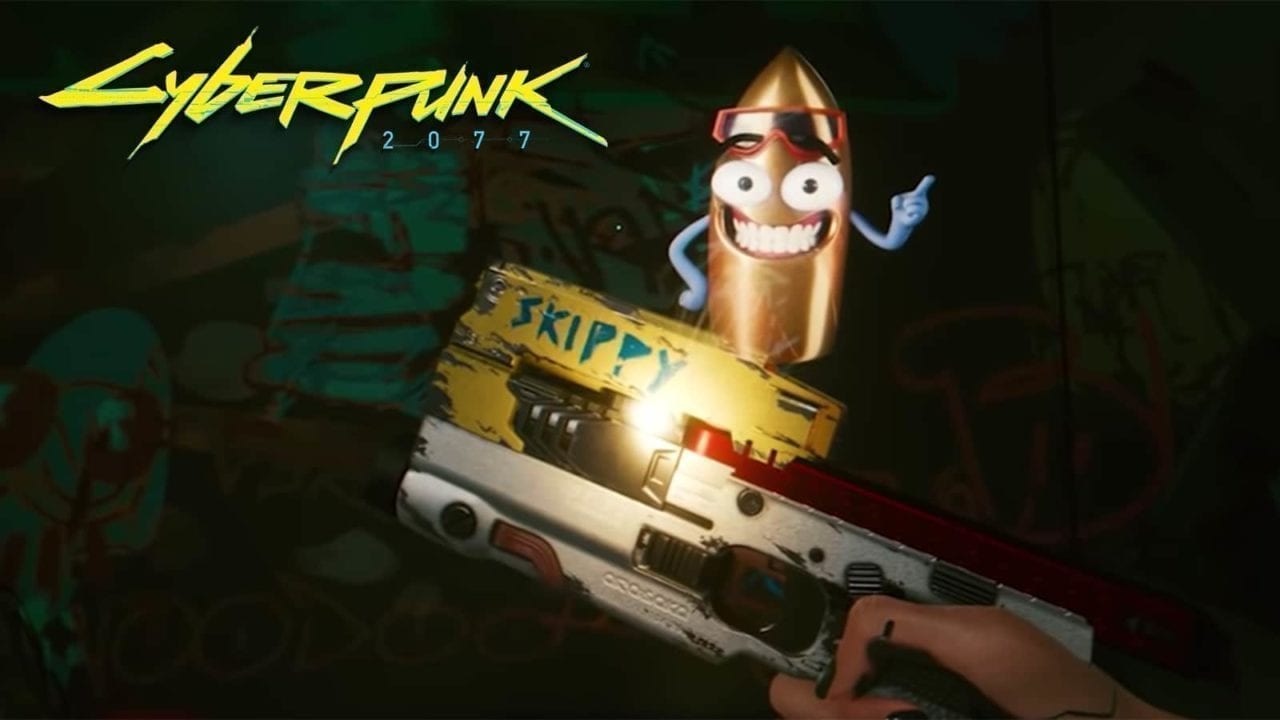 Despite Cyberpunk 2077 generally being a depressing display of a future obsessed with consumerism, there is still room for some humor. One of the examples of humor in Night City is the in-game reference to Microsoft’s old assistant Clippy. This reference comes in the form of a talking gun, specifically a pistol, named Skippy. Here’s how to get Skippy for yourself.

How to Get Skippy in Cyberpunk 2077

Skippy can be found in a dirty alleyway in Night City, next to the dead body of his presumed previous owner. You can track the exact location of Skippy by clicking on the undiscovered marker that he corresponds to on the map. The marker is in Vista Del Rey, south of the College St fast travel point.

You will only be able to find Skippy after the first act. This means that you will have already met Johnny Silverhand, so you’ll have some experience with AI. Once you pick up Skippy, he’ll start talking to you. Naturally, this will cause V to be confused for a little bit.

Skippy will eventually offer to become V’s weapon. Once the player accepts their new sidearm, he will give the player two options: Stone-Cold Killer and Puppy-Loving Pacifist. The reason that this option is offered is that bullets fired by your talking gun will follow their target. Stone-Cold Killer will have the bullets trace to the target’s head, dealing lethal damage. Puppy-Loving Pacifist will have the shots trace to the opponent’s limbs, dealing non-lethal damage. Once you make a choice, you can’t change it, so choose wisely.

Skippy will then perform a few updates to give the player the ability to use him. He will then play a tune for the player while he is updating. For keen-eared players, it will become obvious that your new sidearm is a fan of Rhianna, who will always be popular, even in 2077.

After he finishes updating, the player will be able to use Skippy like any other gun in the game. He also scales with the player’s level, giving him potential to become really powerful.