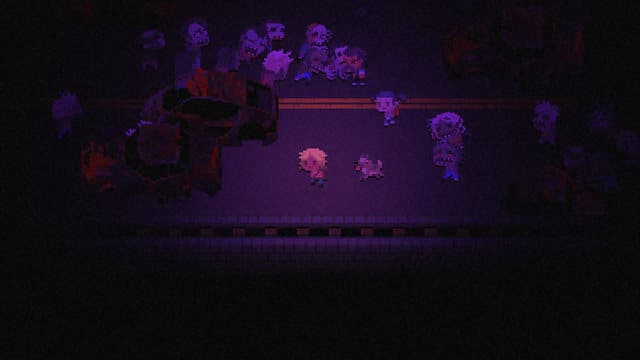 Death Road to Canada Survival | Get in and get out 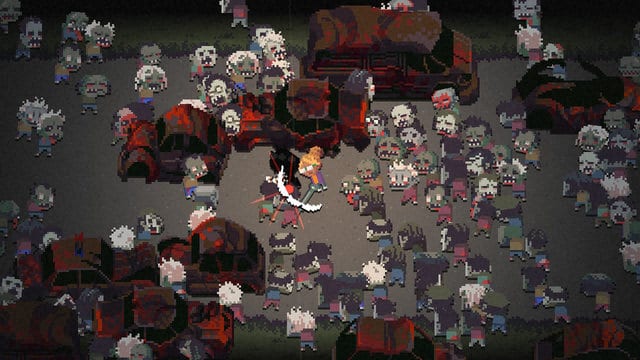 There are tons of locations to visit on the road to Canada. Restaurants, hotels, Ya’ll-Marts, and more, they all have valuable resources spread throughout. It’s tempting to stay and scrounge for every item of food, gas, and medicine.

This is not a good idea. The onslaught of zombies won’t stop, no matter how many get mowed down. Also, lingering advances the clock, and undead nightlife is less of a monstrous mash and more of a graveyard smash. Get what’s needed, and get out.

There’s a slew of wacky and wonderful rare characters. They can be pretty fun to mess with in the rare character mode, but Death Road to Canada survival is ultimately jeopardized by them. If they look like a walking copyright safe knockoff, then keep on driving.

Many of them entail some unintended consequences. Some of them will slowly kill off other characters in the party. Others, like the ones that look suspiciously like an orange cat that hates Mondays, can initiate a zombie swarm unlike any other. Also, many of them are just plain useless, spouting off catchphrases instead of fighting.

Guns are bad. Okay, they’re great for getting through an impromptu swarm without too many casualties, but overall, they’re terrible for survival. Guns are loud, and while they don’t use stamina, they do let every zombie know that there’s fresh meat.

Unless it’s completely necessary, leave the guns in the trunk when just foraging around. Adapt a dodge and weave approach over a hack and slash one. The ammo will be much more useful when a nightmarish horde descends on the group.

Hopefully these tips will help you survive your road trip through Canada!