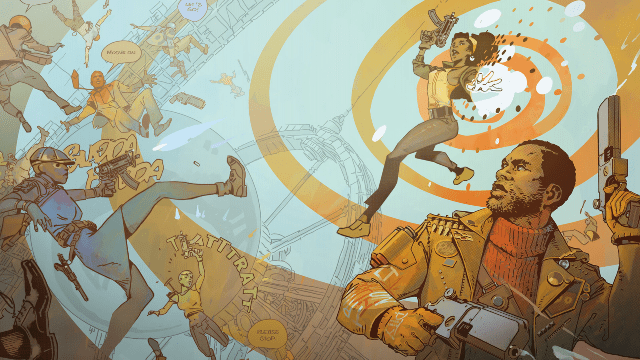 After plenty of setbacks and delays, Deathloop is almost here. Due for release on September 14, it’s shaping up to be a very exciting PlayStation 5 release. With a length of roughly twelve to sixteen hours, there’s one question on fans’ minds. What kind of DLC plans does Arkane have for its time-bending survival game?

Arkane Lyon has announced the first wave of Deathloop DLC plans, which includes a new skin for protagonist Colt, called “Etherealist Colt,” and a gun called the “Ever After” Strelak Verso. Colt’s new outfit looks like something straight out of Vietnam. With a sleek green leather jacket and an army helmet, it adds a military sheen to the game. The Strelak Verso is a unique weapon, only available in this DLC drop. It’s a set of two handguns, which can be combined to make a burst-fire rifle. It’s another super unique weapon, letting you duel-wield or attach together for maximum damage.

To unlock the new skin and gun, it’s pretty simple. All you have to do is log in to the Deathloop website and join the Arkane Outsiders program. It’s a free-to-join, exclusive group on the official Deathloop page. You can either sign up with new credentials or use your existing Bethesda login. Once you’re done, the new content will automatically appear in your game once Deathloop is released.

Aside from this, we don’t know too much about Deathloop DLC plans. Arkane hasn’t confirmed an upcoming roadmap aside from this, though some vendors have exclusive pre-order DLC bonuses. For example, if you pre-order at 365games, you’ll get a Colt skin, a perk, and an exclusive machete. Other than that, Arkane are keeping quiet on DLC.

However, their most recent game Prey had several large-scale expansions, called Mooncrash and Typhon Hunter. Therefore, we might can expect some Deathloop DLC down the line – we just need to wait for Arkane Lyon to announce it’s content roadmap.