Destiny 2 | How to Get The Chaperone 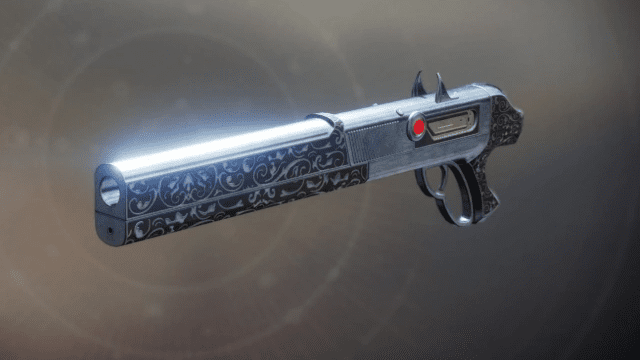 Sometimes, with all of the fancy space guns in Destiny 2, it can be nice to just pull out a slug shot. The Chaperone is one of the longest ranged shotguns in Destiny 2, and a stellar kinetic option. Even to this day, this shotgun will still take heads off very consistently. For PvP specialists, this remains a reliable weapon that will be a cornerstone of mid-ranged builds for a long, long time. But, it’s also immensely annoying to get. That’s where we come in!

How to Get The Chaperone in Destiny 2

The Chaperone is a quest exotic in Destiny 2, acquired from the “Holliday Family History” questline. This quest will randomly drop at the end of Crucible matches, so you may need to farm for a while to access it. After you get it, you will need to get kills with Shotguns and then Arc, Void and Solar damage, before getting kills in the Gambit. Finally, you can turn this quest in with Amanda Holliday to get this exotic shotgun.

By far the worst part of this shotgun is the quest. The fact that it randomly drops means that only the most dedicated of PvP players will access it. While it is not impossibly rare, it will take a while. Make sure your Light Level is at a comfy point before you dedicate yourself to the grind, to avoid needing to upgrade it later.

Once you get it, this shotgun is a pretty solid PvP Kinetic weapon. It’s the longest ranged shotgun and boasts high accuracy, as well as granting bonuses to Precision kills. This long-ranged threat can catch people off-guard, as it loses some of the weaknesses of the Sniper Rifle by trading out its scope.

But, it is not the greatest PvE weapon. It needs a solid secondary that can clear grunts, as this thing is only good for chunking Majors and Ultras. It is also a long-ranged weirdo compared to other shotguns, so make sure you’re ready for the range change if you’re swapping between shotguns. But, it can work as a pseudo-sniper in PvE arenas.

We wish you luck on your Crucible and Gambit grinds! Be sure to check out some of the Season of the Witch weapons, like the Stormchaser.