Destiny 2 Stormchaser Rolls | What Are They The Duality Dungeon in Destiny 2 has been one of the more exciting aspects of the newest season, the Season of the Haunted. As expected from new content, exotic weapons and armor galore will be landing. One weapon that has caught the eye of the player base is the new Linear Fusion Rifle, the Stormchaser. This thing has been pumping out numbers ever since players have tinkered with it. If you’re wondering what rolls the Stormchaser can get, you’re far from alone!

What Are the Known Stormchaser Rolls in Destiny 2? 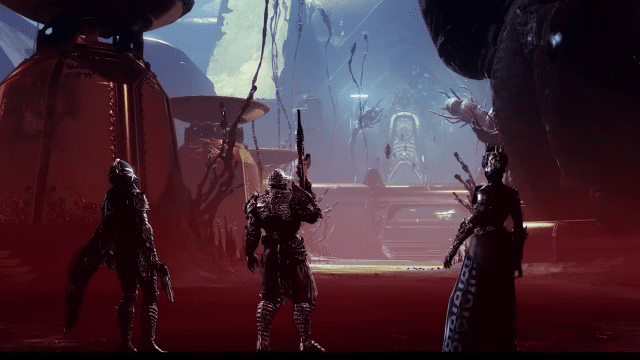 From what we know so far, the Stormchaser can roll Adaptive Munitions, Auto-Loading Holster, Clown Cartridges, Firing Line, Frenzy, Rapid Hit, Rampage, and Well-Rounded. These are a list of rolls pulled from early boss drops, and might not inherently cover all possible rolls. However, the Stormchasers that drop with Clown Cartridge and Firing Line are absolutely nuts. This weapon has some insane combinations already shown by the community at large.

The Stormchaser is a random drop from Duality Dungeon encounters, with the final boss having the highest chance by far. The chance for the weapon to drop will increase via Triumphs, such as Solo Thoughtstealer. Master Difficulty will also improve your chances to get rarer items, though that has a recommended light level of 1590.

These rolls are already absolutely insane. The Stormchaser is a rare LFR with a three-round burst, making it a great damage option already. With abilities to make it more effective in burst damage situations – like Firing Line and Rapid Hit – this weapon can start reaching the top echelons of DPS instantly.

Unfortunately, weapon rolls are just that; rolls. Because they are random, you’ll have to hope that your drop has the bonuses that you’re looking for. Because Destiny 2 has no trading system or auction house, you’re going to have to farm this dungeon quite a bit.

That’s probably okay; there’s a lot to grab in here! Consider farming out the Heartshadow sword exotic for Hunters while you’re there. And you’ll also need as many parts of the Deep Explorer set as you can get your hands on!