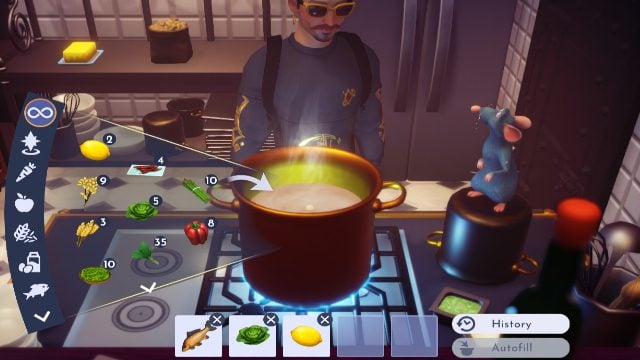 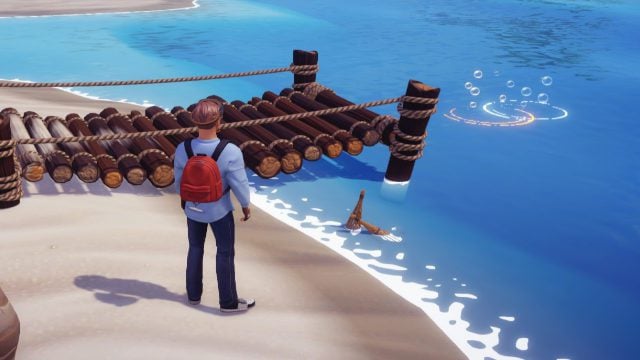 Let’s start with our main and most important ingredient first, Kingfish. You can get Kingfish by fishing the orange glowing fishing circles down at Dazzle Beach. It’s not guaranteed you’ll get Kingfish every time fishing these orange nodes, as you can get other resources. Keep persevering and you’ll eventually land yourself a Kingfish.

The next ingredient you’ll need to make Sweet & Sour Kingfish Steak is Sugarcane. Ironically, you can purchase Sugarcane seeds from Goofy’s Stall at Dazzle Beach for five Star Coins. You will need to grow and harvest the Sugarcane yourself, which will take roughly 10 minutes or so to do. However, that’s perfect because in the meantime we can work on getting our last ingredient, Lemon. You get Lemon, by simply foraging it from wild trees in the Glade of Trust or Forest of Valor.

Once you have Kingfish, Sugarcane, and Lemon, you’re ready to make Sweet & Sour Kingfish Steak. Simply, head to the cooking pot at your house, or in Remy’s restaurant, and add all three ingredients to make the dish. Now, you can consume the dish to replenish 2,292 energy or sell it 702 Star Coins. We suggest the latter, as it’s a good money reward for what are relatively easy ingredients to acquire.