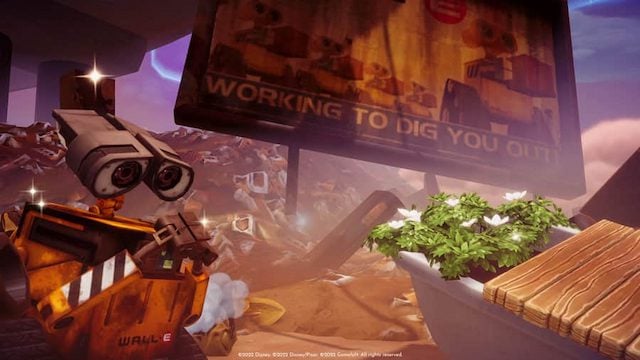 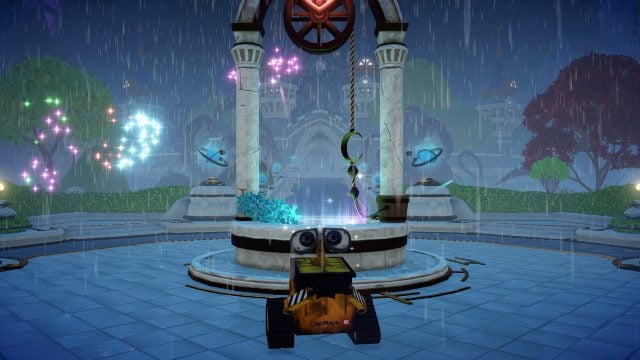 To Complete the Wall-E hidden requirement for the Broken Memory Quest, you need to remove night thorns around the village until one drops Wall-E’s lost memory. It should look like a glowing green sphere. Once you’ve got it, go see Wall-E and talk to him about it.

After talking with Wall-E, enter his home and look for the Electronic Components which can be found on the right side floor, in front of his cubbies. Take the electronic components and deliver them to Wall-E. After speaking with Wall-E, he will ask you to follow him to the front of the Dreamlight Castle and speak with him again. Then you’ll have to travel to the Wall-E’s realm to find more Electronic Components.

Once there, grab your shovel and start digging up dirt piles until the electronic parts fly out. Then return to the village and give Wall-E the electronic components you found in his realm. Then last on the list, you’ll need to craft 12 Tinkering Parts. In order to do that, you’ll need eight Iron Ingots.

You can make Iron Ingots at the Crafting Station using Iron Ore and Coal Ore from the Refined Material tab. Iron Ore can be found in the rock formations that border the Forest of Valor, and Coal Ore can be found almost anywhere. You’ll need 40 Iron Ore and eight Cole Ore to make eight iron ingots. Then, using your eight iron ingots, craft the Tinkering Parts on the same page. When the Tinkering Parts are completed, the Walles F02937 M3 N07 machine will appear on the same page for repair.

Now bring back the machine to Wall-E and you’ll complete Wall-E’s hidden requirement section, thus completing The Broken Memory quest. If you have more questions about Disney Dreamlight Valley, be sure to check out our other guides below: