Disney Dreamlight Valley Woody and Buzz | How to Unlock 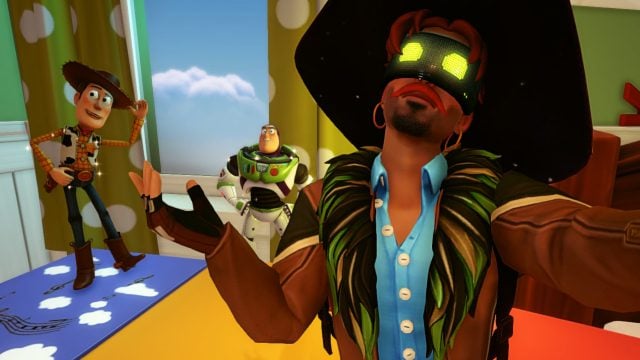 The awesome duo of Woody and Buzz have arrived at Disney Dreamlight Valley to join in on the adventures! We begin our new journey with the A Secret Mission in Uncharted Space, as initially reported by the game’s socials. In a unique way, we’ll be exploring a miniaturized realm that features some of our favorite Toy Story characters. As expected, we’ll be heading to the Castle for this mission to see what we must do to get Woody and Buzz back to the Valley.

How to Unlock Buzz Lightyear in Disney Dreamlight Valley 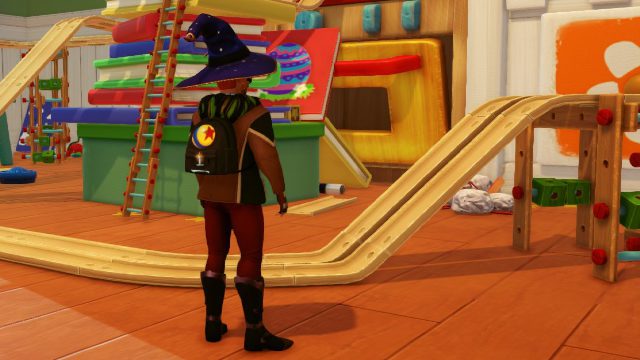 We’ll be separating the two characters since they both require two different story quest completions. Buzz Lightyear’s unlock is tied to the A Secret Mission in Uncharted Space, which involves of series of scavenger hunts. To start, visit the Castle to unlock the Toy Story realm for 7,000 Dreamlight. Its portal is on the second level.

You can find Buzz on top of Bonnie’s bed where your objectives will begin, starting with locating replaceable AA batteries for him. One is by Bonnie’s nightstand, and the other is under her kitchen set next to a yellow book. Return to Buzz for your next orders as he switches back to normalcy. As a Space Ranger-in-training, it’s time to get some work done with Buzz Lightyear, which mainly concerns us with picking up after Bonnie.

Your next mission is to locate 10 Race Car Tracks around her room in order to reassemble the race track to save Woody from outside. Keep in mind, you can’t walk on the track itself; instead, they’re all over the ground in different pieces. Go back to Buzz once you’ve found the pieces.

Then, you’re going to scoop up five Magic Growing Cactuses. Their pre-growth appearance will resemble a checker piece if you’re having trouble finding them. After collecting all five, place them underneath lower tracks to eventually water them with your Watering Can. Doing so will immediately cause the cacti to emerge, elevating a few spots on the track.

The final piece of the puzzle is the race car that Buzz will provide for you. Set it onto the track for a cutscene to transpire. The race car will make its way through the track to propel itself onto the window lock, allowing Woody back into Bonnie’s room.

Report back to Buzz, who is standing on top of Bonnie’s nightstand. You’ll exhaust dialogue with Woody, who is standing right next to him, before speaking with Buzz for the next step. You’ll be taking four pictures of Bonnie’s Drawings with golden stars attached to them around her room. This is the last step of the scavenger hunt that ultimately helped Bonnie polish her room with Buzz’s leadership.

By this point, Buzz is ready to go to the Valley to perform some reconnaissance on rebuilding Bonnie’s farm. Thus, find a spot for his RV back home then purchase its construction from Scrooge McDuck for 10,000 Star Coins. Once built, you’ll be ready to welcome Buzz Lightyear to the strange land.

How to Unlock Woody 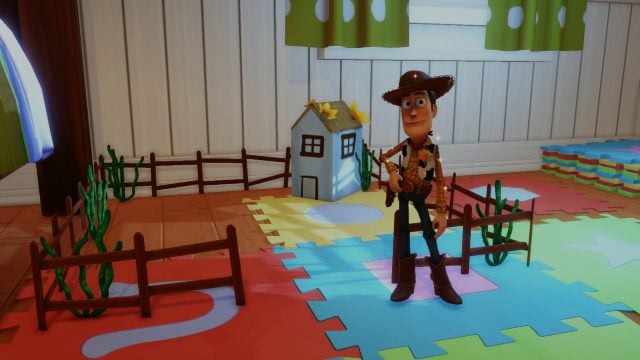 After completing Buzz’s first quest, head back to the Toy Story realm to speak with Woody. His interest at the moment is fixing up Bonnie’s farm before she returns from a trip. This will be the You’re My Favorite Deputy quest, where you must accumulate the remainder of the messy toys.

The first step is to shovel and collect five Pipe Cleaners, coupled with breaking apart eight Ice Pop Sticks with your pickaxe. These are easier to spot now that the above-mentioned items are no more.

Next, return to the Valley for two Yellow Daisies in the Peaceful Meadow and Buzz’s status report. Somehow, Buzz had managed to collect a special Adhesive Bonding Agent that you don’t have to craft. Take your newly acquired items back to Woody in the Toy Story realm. He’ll be at Bonnie’s unfinished farm to the left of her bed. After applying the adhesives, your final objective is to clean up five Origami Animals to go with the farm. It’ll go through two transformations in total before Woody can potentially leave the room.

Once putting together the last pieces of the farm, Woody will be ready to go to the Valley. His Carousel goes for 10,000 Star Coins for a repair, the same as Buzz’s RV. Ideally, we put the homes together to have the two best friends remain close back home. 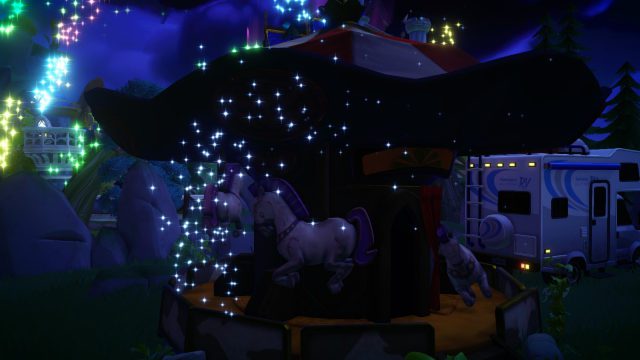 There you have it! As soon as you complete either character’s starting quests, you’ll be able to start establishing Friendships with them. Be sure to stick around for more Disney Dreamlight Valley guides with a few that you can check out right here: