Does Necromunda: Hired Gun Have Multiplayer? 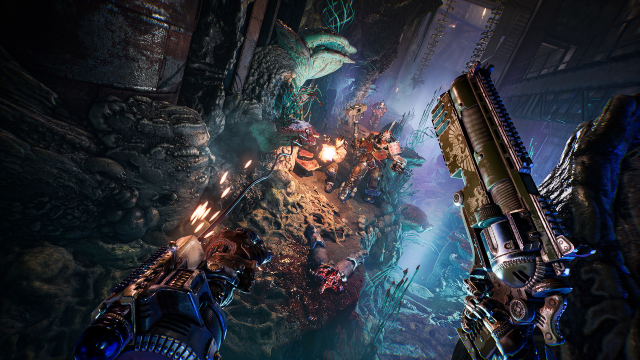 Necromunda: Hired Gun is one of the first times we can bring our weapons right to the world of Warhammer 40k. Because of that, it might not be as ambitious as some people were hoping for. With the squad-looking gameplay and the various characters, you might be hoping for multiplayer in Necromunda: Hired Gun. They seem all set up for it, too! That being said, you might need to hold out for a bit longer… Or potentially forever.

Is there Any Multiplayer Mode in Necromunda: Hired Gun? 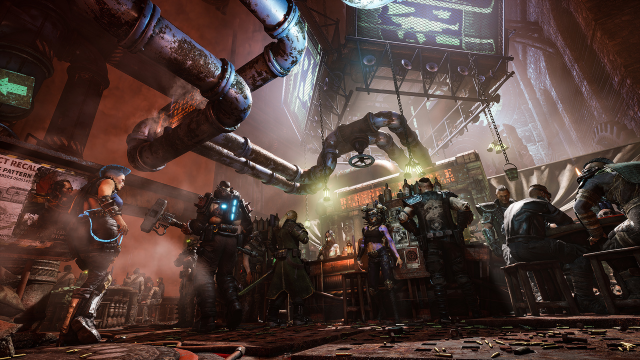 No, there is currently no multiplayer mode of any kind in Necromunda: Hired Gun. There is no co-op gameplay, nor is there any sort of competitive mode for players to engage in. Because of that, players are stuck playing the main campaign mode right now, which might leave them somewhat disappointed. However, the main campaign is enjoyable and lasts for 13 missions, which is long enough to sate most players for quite a while.

A multiplayer mode would be a little bit odd for Necromunda: Hired Gun. There are treasure and looting systems, and the campaign is mission-based rather than open-world. Having another player drop in with better weapons and loot might be hard to balance, so the team decided to keep it with a single-player campaign.

That being said, there is no developer comment or tweet locking out the possibility of a Necromunda: Hired Gun multiplayer in the future. A co-op campaign mode would certainly be interesting, and the cyber mastiff you get is wonderful, but it is no replacement for a human player.

Necromunda: Hired Gun is available now on Playstation 4 and 5, Xbox One and Series X|S, and PC. It promises to have you running around the grim dystopia of Necromunda, killing outlaws and mutants alike as you rampage through the world. Critics are praising the game’s design and ideas, but are hammering on its lack of polish.

Do you enjoy first-person shooters? How about awesome games that are suffering a bit from a lack of polish? Check out some of our guides!