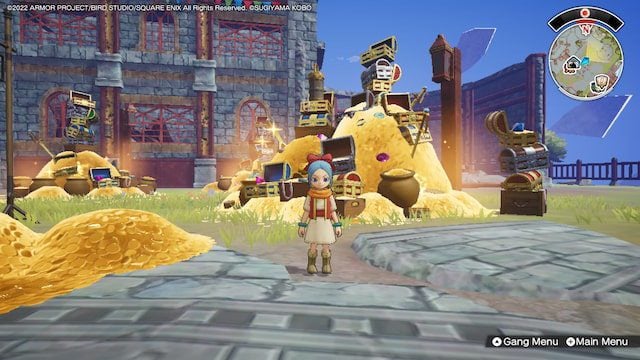 In a game that’s all about hunting priceless artifacts to fill a vault, gold might seem unimportant in Dragon Quest Treasures. That’s admittedly true for the most part. But even if it’s not a major focus, gold is still crucial for progression. You’ll need gold for buying materials, buying items, and even for completing some main story quests. Read on if your pockets are running a bit low to find out the best ways to farm gold. 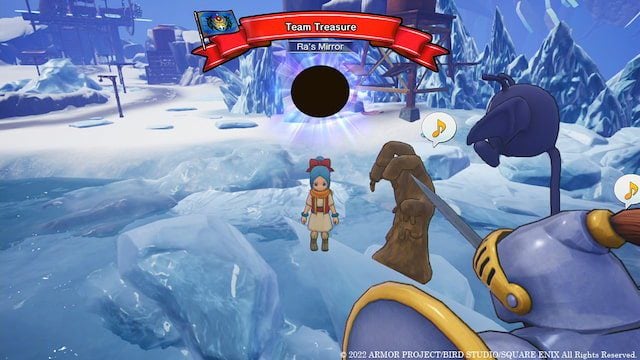 The first thing to remember about gold is that it’s separate from your treasure vault. You can have treasure valued at over 100,000,000 gold in your vault, but that’s not the gold in your personal wallet. Think of the gold in your vault as points for your gang rather than actual spending money. For the purpose of this guide, we’ll consider “gold” solely to what you can use for purchases. You can check your gold at any time by looking at the main menu.

If you aren’t getting gold from your treasures, there are a few methods you can use to farm gold. Keep in mind that this won’t be a quick process. Grinding is the name of the game when it comes to padding your pockets.

To that end, one of the most reliable (though time consuming) ways to farm gold is simply by defeating monsters. Look for large groups and make sure to Unleash the Dragon for ways to nearly insta-kill groups of enemies. If you’re lucky, you might come across special golden variants of monsters that drop a ton of gold upon defeat.

Another great way to farm gold is through treasure maps. These spawn treasure portals that lead to randomized dungeons. You’ll need to defeat waves of enemies to advance and the dungeons culminate in a boss fight.

There are plenty of monsters to defeat that will drop gold, but you’ll also get a huge bonus after completing the dungeon. Treasure maps are a little bit of a rare item to come across. Monsters in the field sometimes drop them, and there is a chance monsters you’ve dispatched will return with one.

Finally, you can use the game’s online multiplayer to farm gold. Simply connect online through AL4N at your base and go out to any island. You’ll come across treasure buried by other players. These aren’t real treasures but rather replicas. They won’t add value to your vault but they can be sold at shops for gold. Depending on what you luck out with, you can make huge amounts in no time.