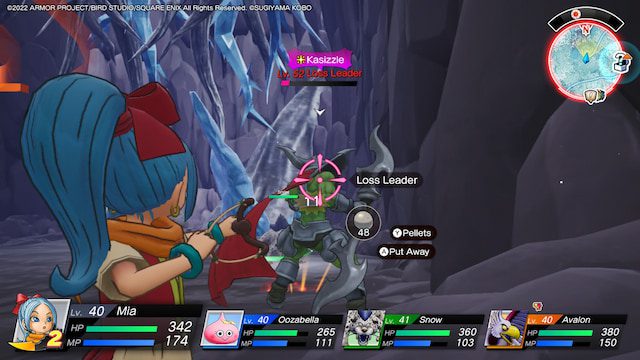 Combat in Dragon Quest Treasures can initially seem very simple and straightforward. For some players, that can be certainly be true. However, some monsters really showcase out how strategically you need to think. One of these tough monsters is the loss leader, which you’ll first encounter in a quest from Admiral Mogsworth. If you’re having trouble taking this monster down, read on below for some tips.

How to Defeat the Loss Leader in Dragon Quest Treasures 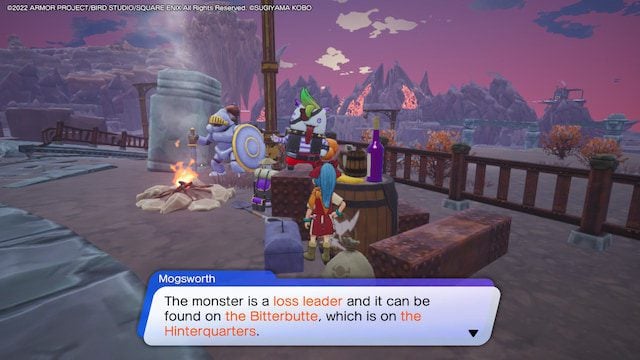 There are a few things to know before taking on the loss leader. The first is that it’s fairly high leveled. It’s not entirely clear if it scales with your level or if it’s predetermined. When we did this quest with all party members with a level of at least 40, and the loss leader was at level 32. At this point you should have the ability to craft pellets, but if not, complete Pellet Production in order to do so. Bring pellets that heal, buff allies, and debuff enemies.

Fast travel to the Bitterbutte Bottom Station and head to the location marker. The loss leader can be a tough battle if only for the fact that it’s very beefy. This monster can take hit after hit with barely any of his health chipping away. Make sure you Erik and Mia, as well as their monsters, are equipped with the best monster medals in your possession. Consider bringing along a monster with a healing ability, such as Oozabella, as well as a monster that can hit heavy. Hoodlums, golems, and gigantes are great choices.

In terms of attacks, the loss leader can hit hard depending on your party’s level. It dealt major damage to our party despite being eight levels lower than us. Fortunately, its attacks are slow, giving you plenty of chances to unleash well-timed monster medleys.