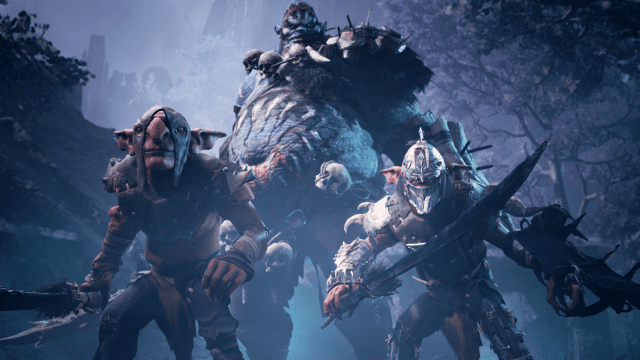 The Dark Alliance installment to the Dungeons & Dragons franchise is filled with epic moments. Great warriors tussle with otherworldly fiends, great treasures lie behind enemy lines and curiosity — there’s a lot to explore. With each befallen foe, the more experience the player will evidently grow within the game. But the Stonegrinder boss fight is a test of patience and gaming joy. He can absolutely wreck you in a couple of swings. If you need a quick hand in defeating the foul Stonegrinder, keep reading ahead for some useful tips.

How to Beat the Stonegrinder in Dark Alliance 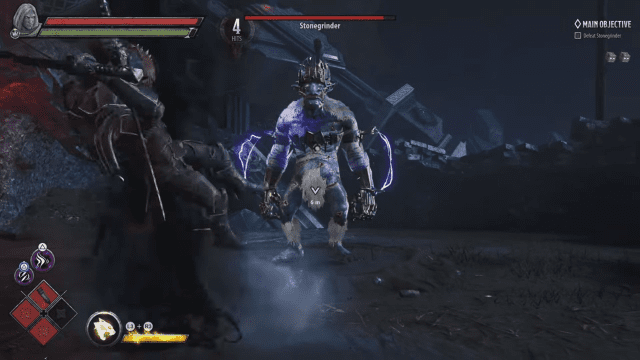 At the gate of Bangor’s Span stands a wretched beast awaiting your arrival. After you casually destroy some Duergar supplies and slay a few trolls, the Stonegrinder will be the final stretch. Killing this big guy will conclude the “Companions of Icewind Dale” act within the Halls of the Duergar, so be sure to gather and loot as much as you can before approaching the final fight. Killing the distasteful troll boss can be a pain, so it’s better to come prepared and ready to roll in lieu of a figurative blindfold.

The Stonegrinder is equipped with electrical abilities. His charged slam essentially translates into hitting the ground three times with electrical strikes that erupt from the ground. Then there’s his electric blast that is triggered from the ground, emitting a surge of power that trucks toward your way. Lastly, there’s the agitating thunder combo, where streaks of lighting surround him, thus damaging anything (i.e. you) in its path. When it comes to defeating the Stonegrinder, there’s one simple solution — dodge.

It may be cliche, but evading the Stonegrinder and his attacks is the best way to go. Jump attacks aren’t entirely useful since he’s rather swift with violence, so you need to keep your distance from this boss. Ranged attacks will merely scratch him; instead, save your energy and wait for a good window to land a melee hit or two on him. After he’s done with a performance, you have a few seconds to attack and then back away. Commencing a combo can be risky if he ends up slamming the ground, which you should move away from when he triggers it.

Don’t Be Afraid To Heal

Stonegrinder is the final fight in the act, so you can use your health potions to your heart’s content. He’ll swing a rock or two if you really keep your distance, but there’s enough leeway in the battlefield to heal up. In addition to the battlefield’s space, there are a few explosive barrels sitting dormant if you need an extra hand. That’s the one chance you can uptake with it if you wish to use a ranged attack. Otherwise, dodge, duck, dip, dive, and get the heck away from his incoming attacks. Executing an insane combo can do the job, but be ready to have that dodge button set and centered.

Assuming you’re playing solo, these tips should help you in slaying the Stonegrinder. Having a pal or two obviously boosts the chances of winning, but it’s always better to be prepared. Venturing into enemy territory alone can be thrilling, but when you face a relentless troll that can kill you in a couple of hits, the momentum can diminish. Just think of football when going up against this punk: Juke, split, run the game. You might spend a couple of minutes fighting him, but remember to abide by patience if you don’t want to give your hopes up.