Dying Light 2 Shotgun | How to Get 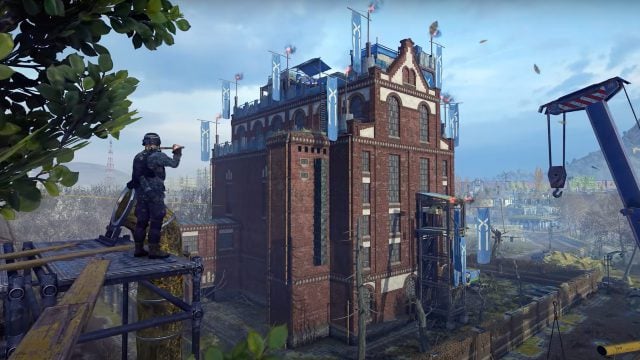 It’s hard to believe that a zombie game like Dying Light 2 doesn’t feature any firearms. In Villedor, deadly ranged weapons are a thing of the past, with everyone resorting to crafting handmade melee weapons. However, there is one gun in the game that you can get a hold of: the Boomstick. This makeshift weapon can blast an infected to smithereens, and it can be quite useful in intense situations. Thankfully, you won’t need to look far if you wish to get the shotgun for yourself.

How to Get the Handmade Shotgun in Dying Light 2 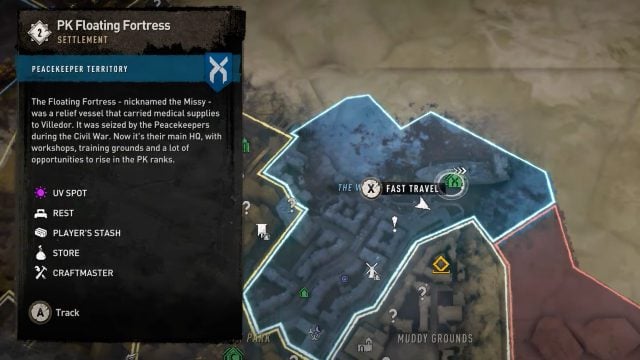 To unlock the Boomstick, you’ll need to proceed to the second half of the map, the Center. From there, the following missions must be completed: the “Observatory” main quest then the “Renegades” side quest, which is acquired during the former main mission. By completing the “Renegades” quest, you’ll receive the handmade shotgun for your efforts.

There is one major disadvantage, though. The shotgun only fires two rounds, and then it breaks. From there, you’ll have to craft them yourself with a new blueprint. To craft the Boomstick, pay a visit to the Peacekeepers’ Floating Fortress base and locate the Craftmaster. The Floating Fortress is within The Wharf territory. Here, you’ll be able to purchase the blueprint from the Craftmaster for 400 currency, which is relatively cheap for a powerful blueprint.

Once the blueprint is in your inventory, you can start crafting together the handmade shotgun to your liking. You’ll only need 100 Scraps to assemble one Boomstick, but Scraps are found very commonly throughout Villedor. Just be sure to loot whenever you get the chance. 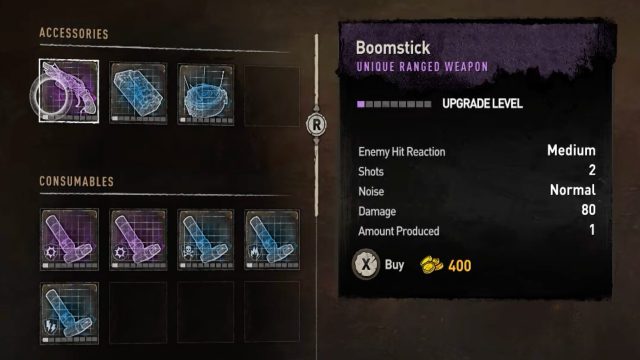 The Boomstick is insanely helpful in special encounters with the infected variants. Whether it may be a Goon, Howler, or even a Volatile, one shot from the Boomstick will give you that extra edge. Although it is disheartening to acknowledge that the Boomstick is only a temporary weapon, it’s still great to see the ultimate zombie-killing shotgun in action. Maybe there’s an Evil Dead easter egg lurking somewhere along the broken streets of The City.

Be sure to also check out more tips and tricks with our other Dying Light 2 guides: