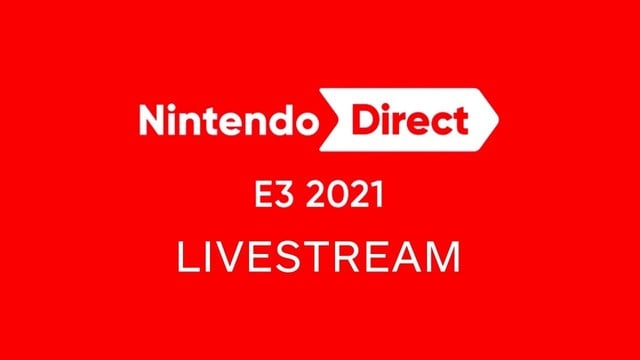 The final day of E3 2021 has arrived, and with it comes a brand new Nintendo Direct. Despite already announcing a Mario + Rabbids sequel during the Ubisoft Forward, fans are hoping for a few more big announcements to close out the show (looking at your Switch Pro). To help keep track of it all, we’ve got an E3 2021 Nintendo Direct roundup that highlights every announcement from the show.

The Nintendo Direct live stream will take place on June 15, 2021 at 9 AM PT. You can catch the stream live or after it airs in the video below.

If you keep reading, you’ll find a full Nintendo Direct roundup from E3 2021.

It’s time to close out E3 2021 with a Nintendo Direct, and we’ve got a full roundup of every announcement from the stream. We will be updating this page in real-time, as news breaks. So sit back, relax, and enjoy!

To start, we open with a murky trailer showing an armoured figure around a volcanic edge. The trailer then delves into the classic brawling formula of Smash – complete with Kayuza from Tekken and Nintendo’s own Samus and Donkey Kong. Superpowers seem to be a focus in this one, with vampire-based powers and impressive arena destruction. Other Nintendo characters present include Kirby, Bowser and Mario. 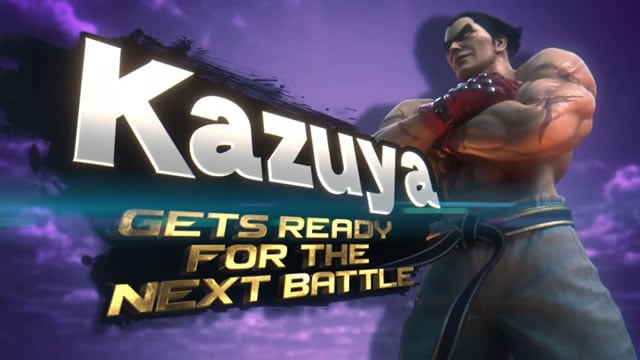 The wildly popular Life is Strange series is making its way to Switch, alongside its sequel, True Colors. That game comes September 10, and later this year, the Life is Strange Remastered Collection will arrive too.

Guardians of the Galaxy Gameplay Preview

After its announcement at Square Enix’s E3 conference, Nintendo confirm that Guardians of the Galaxy will also launch on Switch. There’s a new trailer, and a look at some of the dialogue paths and action you’ll experience.

Some gamplay next of Worms Rumble, dropping on June 23rd. You can also get a 25% discount of you pre-order it now on Nintendo Shop.

Next, a very brief look at this 2D turn-based RPG, due for release in September. Not many details here, but its a colorful and enriching experience, worth keeping an eye on.

Again, not too much here, but confirmation that the hotly-anticipated sim game will make its way to Switch early next year.

Celebrating its 20th anniversary this year, this collection will remaster the first three Super Monkey Ball for Switch. It’s due for release later next year. 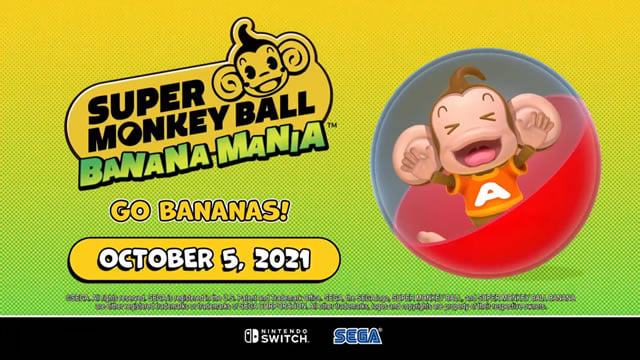 A new entry in the beloved Mario Party series is here! With five boards, over 100 mini games and online play confirmed, this will be a must-buy if you want an easygoing time with your friends. You can even pre-order now, as confirmed in the reveal trailer. 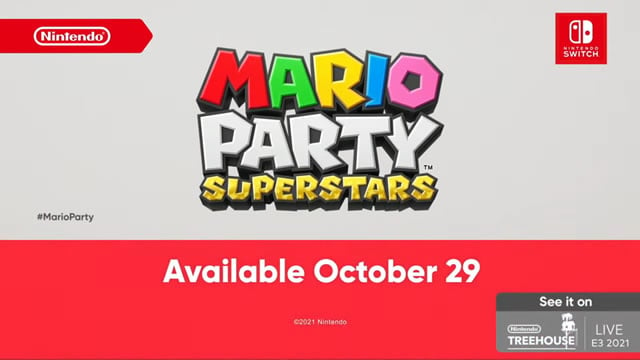 A moody cinematic trailer announces this latest entry in the Metroid franchise. We follow Samus as she makes her way through a robot-infested spaceship, before a look at the series’ famous side-scrolling action. That title, as well as a dark logo reveal, certainly hints at a more brooding entry in the franchise. More gameplay is being shown in August, with a release on October 8. 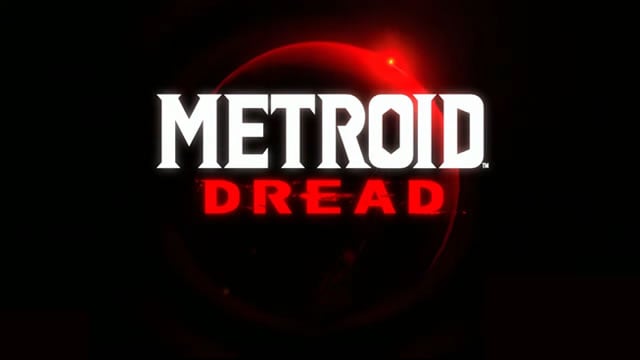 The casual dance game is back from Ubisoft. Confirmed artists include Katy Perry, Beyoncé, and over 50 new songs. It drops November 4.

With 30 tracks, a colorful visual design and even dinosaurs, this is a Switch console exclusive due for release this fall.

Chronicling four sagas of Dragonball Z lore and boasting a large open world with side missions, this RPG is the definitive Dragonball game experience for fans. It drops September 24.

The latest Mario game is confirmed, with a deep golf sim with luscious greens and a range of game modes. Most exciting is Speed Golf, where you have to chase after your ball once you’ve hit it, in a race against your opponents. Gold Adventure is akin to a career mode, building your Mii’s career as you progress. The trailer confirms free add-ons too, which is always good news. 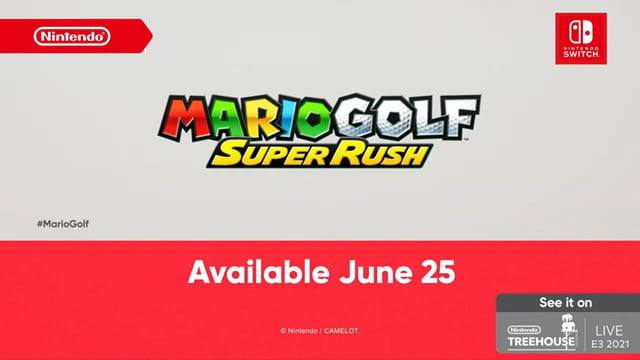 This well-known open-world RPG series is back on Switch, as deep and engrossing as ever. The series’ classic turn-based battles, crafting and expansive universe are still here, and for fans of the franchise, this is an unmissable one. There’s even multiplayer too! 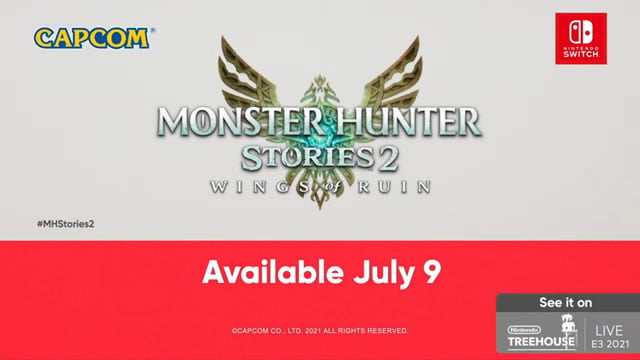 WarioWare: Get it Together!

There’s a new Wario game on the way, introducing split-screen multiplayer for the first time. There’s a range of zany party mini games here, from squeezing out toothpaste to peeling off a face-mask with an appealing 2D design. That game’s due for release in September this year. 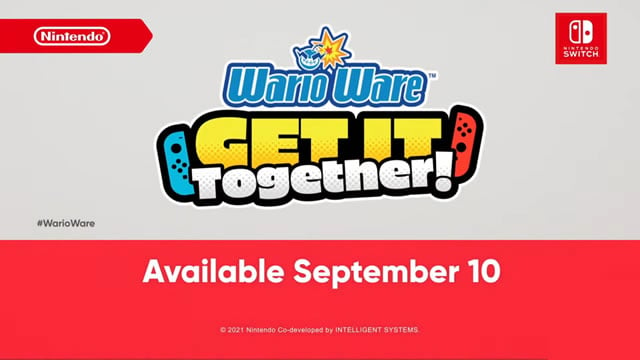 Next is an atmospheric trailer where your character emerges in an alternate Tokyo invaded by angels and demons. You’ll get superpowers to tackle these opponents, and carve out your own legacy in this wasteland. It seems like a pretty deep RPG experience, and you can even persuade enemies to join you in your quest, adding a level of nuance to the good-and-evil concept. It releases November 12. 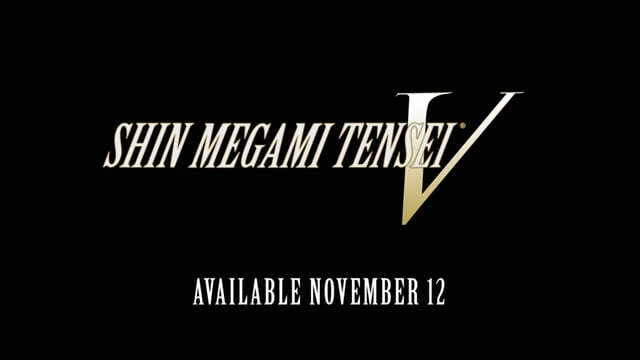 In this RPG series, you’ll reside in a school with a dark secret, as you have to uncover the culprit behind a mysterious murder. Additional to the core game is a board-game spin-off, with other games in the collection also available to purchase individually. 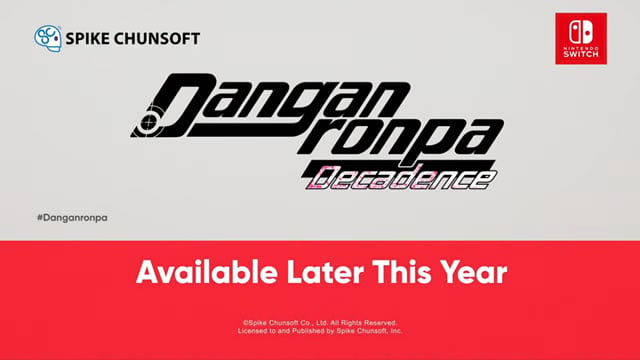 With a brooding tone with some genuinely creepy imagery, this is definitely one to look out for. This horror port comes with a new photo mode and updated graphics, and certainly seems like something we haven’t seen on Switch before. 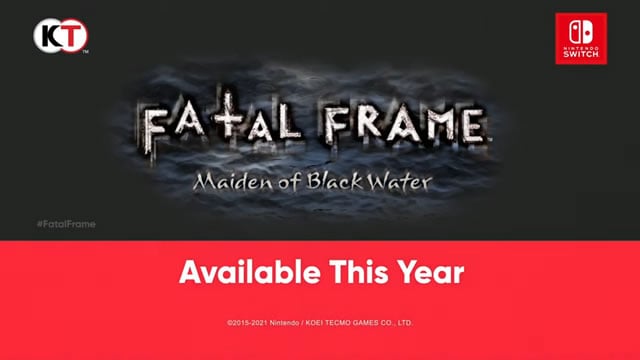 The fan-favorite skating games are coming to Switch, with all the quirks and modes you remember from decades ago. It launches on Switch later this month, and is definitely a fun game to have in your library. 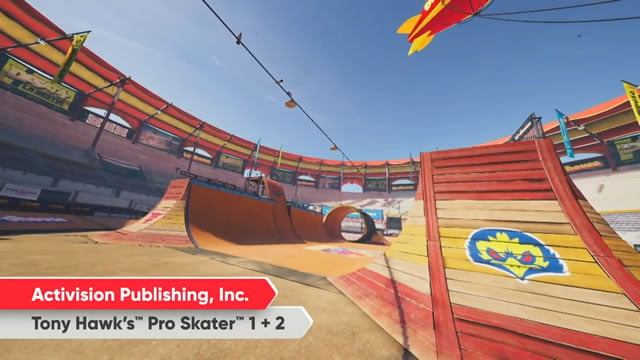 As we first heard at the Ubisoft Forward E3 conference, Mario and the Rabbids are back together again in this expansive RPG rollercoaster. It’s got everything you’d want from a crossover game – even with a Rabbit dressed as Princess Peach. It drops at some point in 2022. 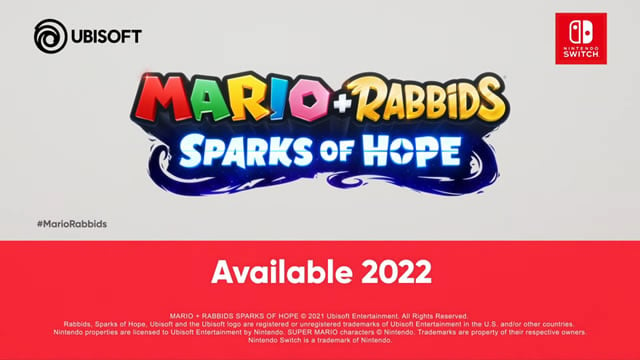 This tank-based board game is a pretty bubbly ride, making its way to Switch later this year. 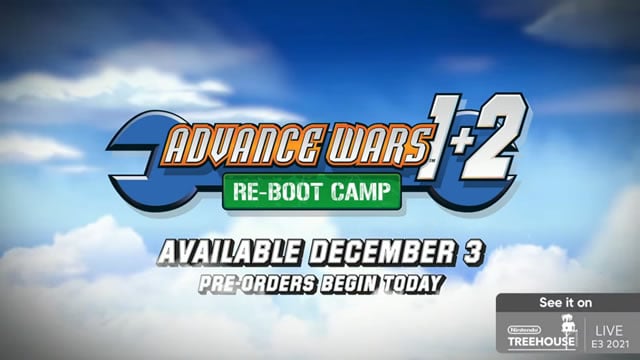 Some new DLC for Hyrule Warriors is on its way, boasting a playable spider turret and Link as a playable character. The first wave, called Pulse of the Ancients, releases on June 18th, 2021. It takes place over a century before Breath of the Wild. 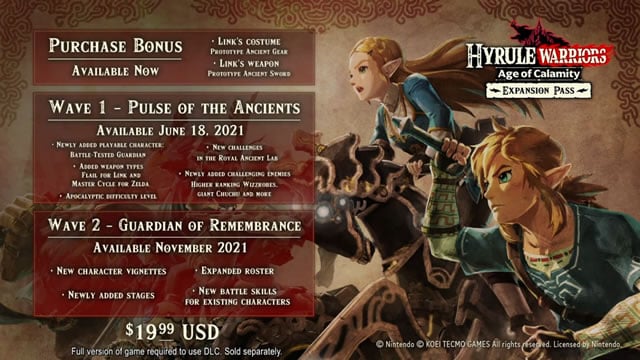 This remaster of the Wii original drops later next month, using the Joycons as an equivalent to the motion controls. Set long before the main games, it answers all the questions around the early days of Link’s life, and why Zelda herself is the titular legend. They also announce a Game & Watch handheld system, porting the first three Zelda games, and an extra bonus, to portable devices. 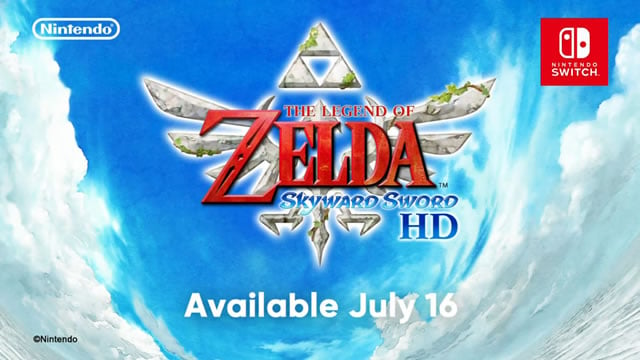 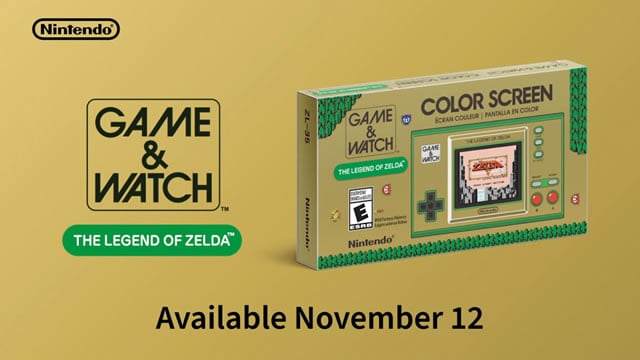 The Legend of Zelda New Entry

Finally,we got our first look at footage from the sequel to Breath of the Wild It’s pretty dark in tone, showing Link falling into a mysterious cavern before skydiving onto a new planet, the cloud around him. It’s as gorgeous as you’d expect, showing off rock monsters, falling spikes, and even some time-hopping functionalities. The threat seems to come from a mysterious red sludge, but we don’t know exactly how it’ll challenge players yet. A 2022 release date is also confirmed. The wait is nearly over. 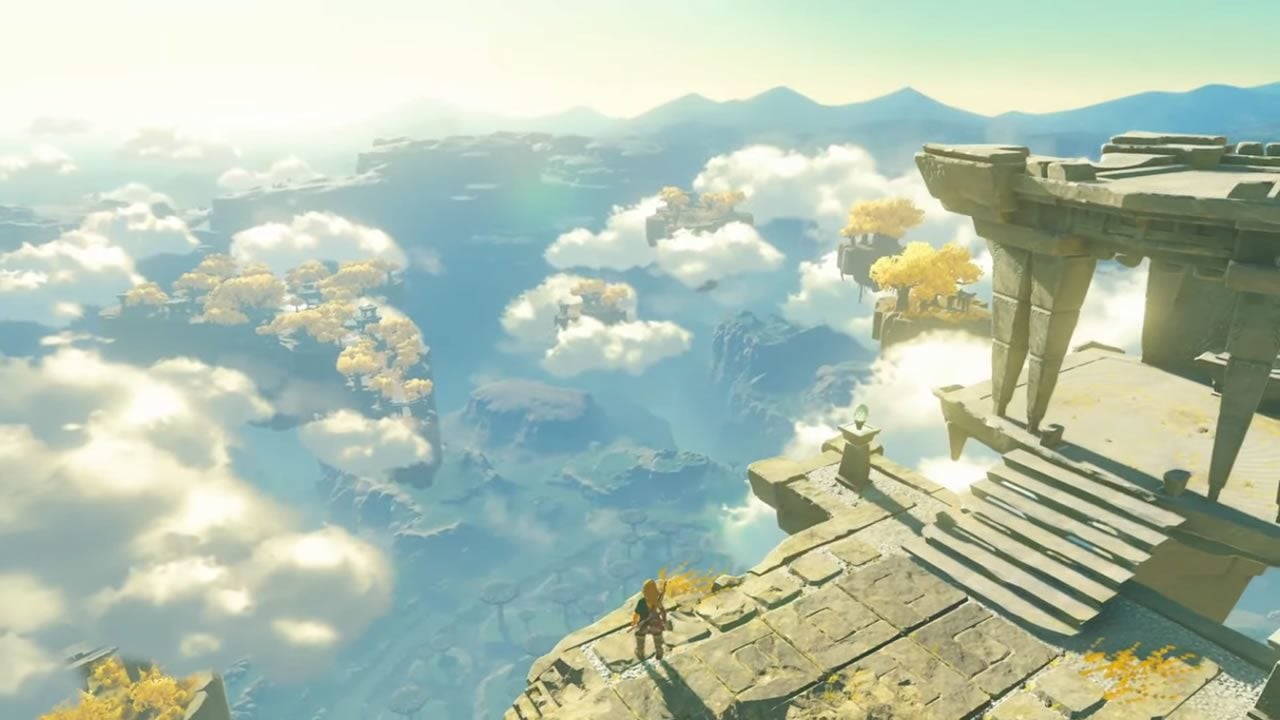 What did you think of the E3 2021 Nintendo Direct? What was your favorite announcement? Be sure to let us know on Twitter!