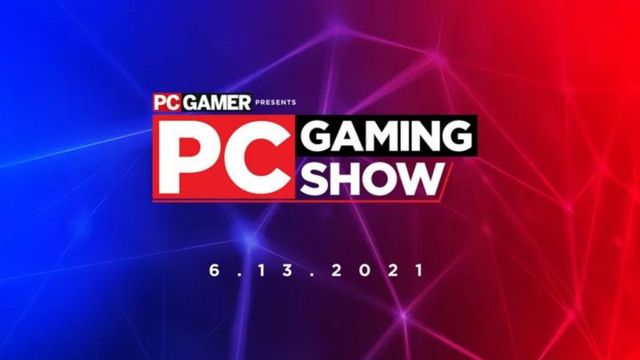 Day 2 of E3 2021 has arrived and with it comes the PC Gaming Show! The day got kicked off with the Xbox and Bethesda Showcase, and now it’s time to give some love to PCs. We’ve got a live E3 2021 PC Gaming Show roundup of every announcement from the show!

How to Watch the PC Gaming Show

If you keep missed out on the steam, we’ve got a full PC Gaming Show roundup below.

Below you will find a full roundup of every announcement made in the PC Gaming Show at E3 2021. This page will be updated in real-time as the announcements are made. Here’s to a great show!

First up, a trailer for 24 Entertainment’s popular battle Royale game. The sword and magic-based combat is on full display here. It’s set to release on August 12, with an open beta from June 16-22. 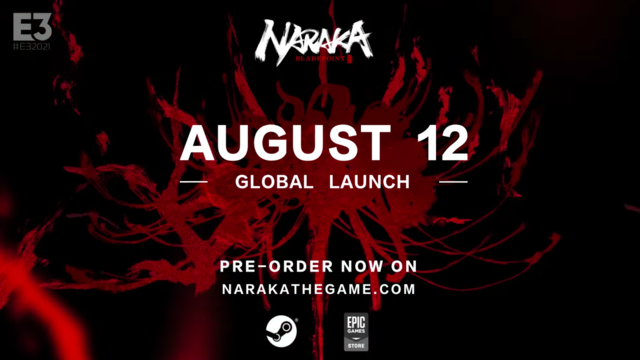 Next, we see preview footage of Humble Games’ upcoming 2.5D dodgeball game. From deep customization to turn-based dodgeball combat, this one looks like a whole lot of fun. It’s due for release in 2021 on Xbox, PS4 and PC. 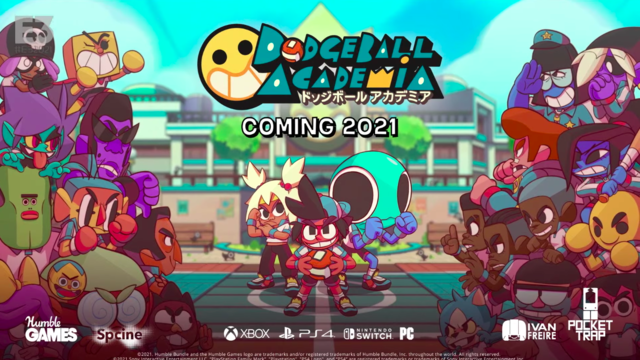 Next, we get a glimpse of the colorful, cartoonish action of Rawmen. There’s an emphasis on team-based combat and a variety of game modes, from classic deathmatches to races. 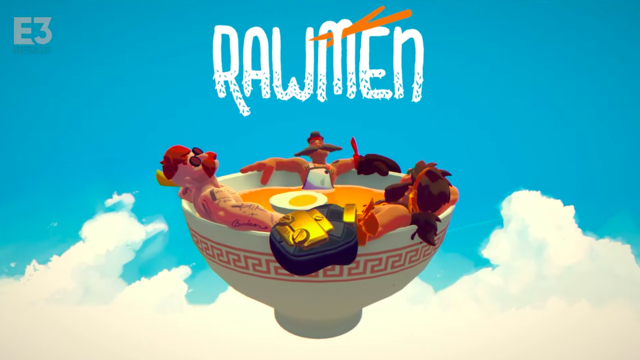 Here, we learn much more about how the virus in the Dying Light games first came about. The zombies are ‘half-life, suffering people’ affected by international chemical warfare, adding a layer of emotion to the game. We also learn about Aiden, the game’s main character, and one of the few survivors willing to venture to the street-level of this apocalyptic world. Separated from his sister at a young age and faced with trauma, it seems like his journey is one of self-discovery and revenge, as he breaks out from a medical facility.

Set in 2036, we follow Aiden as he ventures to find his sister, Mia – the only person who can reveal information about his past. The trailer ends with a confirmed release date of December 7, 2021.

From Amplitude and Sega, Humankind is a new kind of strategy game. You’ll get to design your world from the ground up, with a huge amount of variety. The trailer announces a closed beta, out now, with a release date of August 17.

The next trailer shows off Sega’s bloody side-scroller, They Always Run. Set in a cyberpunk-inspired world, there’s plenty of gunplay, looting and hand-to-hand combat, with some gorgeous locations to battle in.

Orcs Must Die! 3 Trailer and Interview

Game director Jerome K. Jones is interviewed, here, discussing Orcs Must Die! 3. He explains the tower-defence concept around the game, and shares the new additions. This time around, there are 2 campaigns, with one set 25 years after the previous game. There’s new playable characters too, in the War scenarios, with hundreds of orcs to take out.

Also new is Scramble mode, where random environmental changes make sure each level is fresh and brand new. You can also control weapons with more precision now. The game drops on July 23 on Steam, PlayStation and Xbox consoles.

This next cinematic looks at the main character of Vampire: The Masquerade. It’s a moody trailer that shows off the miserable world, as our protagonist increasingly struggles to control her vampiric powers. 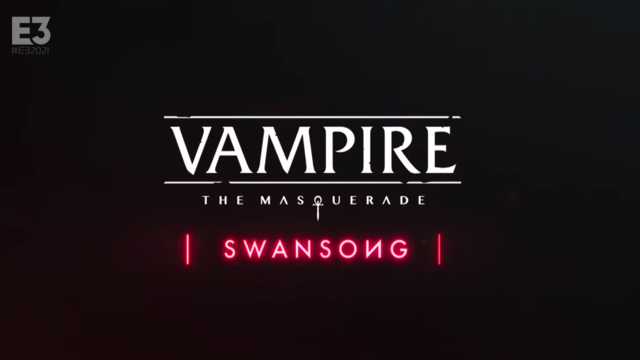 Next is a brief snippet of gameplay from GigaBash, a brawler based around Kaiju. You’ll control hulking beasts as they tear apart city blocks in their battles – even levelling entire areas. Dynamic destructions is one fully display here, and it looks like a fun one. 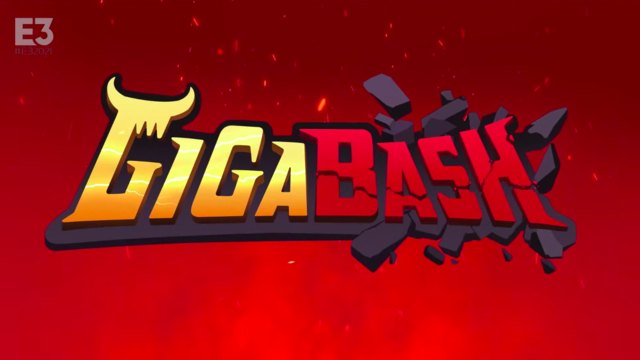 Next is a look at this first-person shooter and strategy game, that feels very influenced by Mass Effect. There’s an array of weapons, from robots, to drones, to flamethrowers, all geared around ensuring the survival of their group. Interestingly, it’s a turn-based concept, where you get a 25-second snippet to take your turn in first person. Then, your opponent will do the same, leading to an FPS quite unlike anything else. The game launches on August 3. 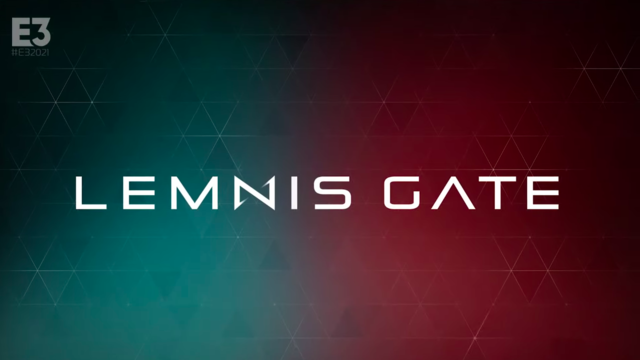 Next up is a preview of the upcoming game, New Space Rebels. 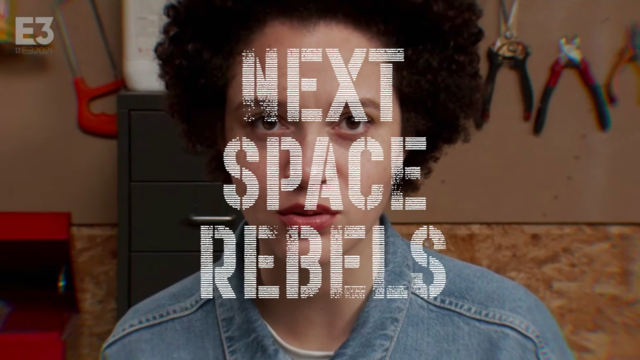 This teaser takes place in a classic medieval realm, with a heavy focus on strategy. The 2.5D aesthetics and potential for huge battles make this a really interesting one. All we know is it’s launching in 2021, and you’ll lead a group of mercenaries crossing this dangerous land. 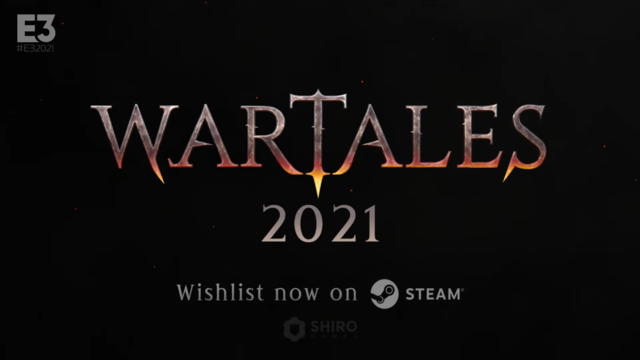 This atmospheric teaser contains stunning shots of a detailed space landscape, and a hopeful voiceover discussing the triumphs of humanity’s advancement. The game is set on the Tycoon space station, leading an expedition to explore the undiscovered depths of space. It all seems to go wrong, however, as an ominous alien force starts to invade Earth. No word yet on gameplay, but this looks like a gorgeous one, due for release in 2022.

Next, we get a look at the serene world of Far: Changing Tides. It’s a stunning looking game, with luscious forests and a detailed, if a little scary, underwater landscape. This dialogue-free glimpse gives no hints at what the story involves, but you can bet from the title that we’ll be diving deep into the ocean. 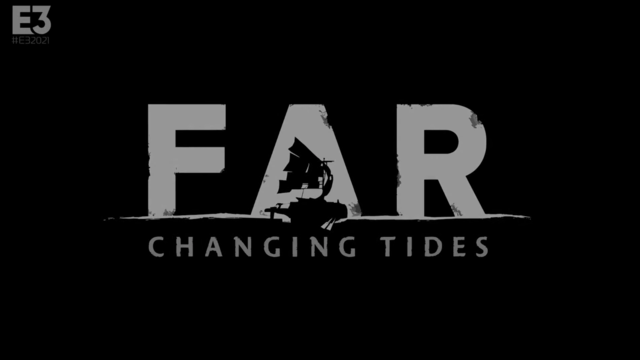 This gorgeous cartoon-style medieval RPG looks like a special one. You get to form relationships between the inhabitants of this quaint town, building family trees, legacies, and crafting history. Think The Sims, but 2D, and set centuries ago. 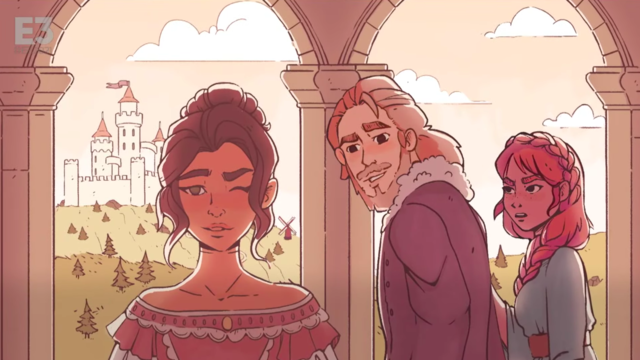 Next up is a preview of the bloody violence of Killing Floor 2. Again, this one is dialogue-free, but if you’re looking for a brutal shooter with a mighty quick pace, this might be the one for you.

Next is an interview with the creators behind MechWarrior 5. It’s the latest entry in the rich saga, which pays tribute to MechWarrior 2, with mech-on-mech combat akin to Titanfall. The mechs are like an extension of your body, and you’ll have to manage each part of its system very meticulously to keep you going. There’s also a new Career Mode, where you can fight and upgrade your mech as you see fit. 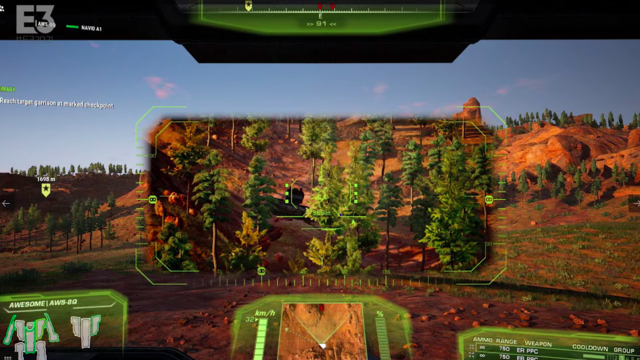 You can hop between first-person and third-person as your mech, highlighted on the new biome, based on a moon. There’s new weapons too, like them lasers and mech rifles, as well as seven new mech bodies to play with.

This dark and atmospheric teaser shows off the black-and-white world of Silt, a new side-scroller. The protagonist swims through the depths of a mysterious ocean, hunted by packs of fish, giant worms, and even a seemingly never-ending set of teeth. It’s not one to play before bed, for sure. 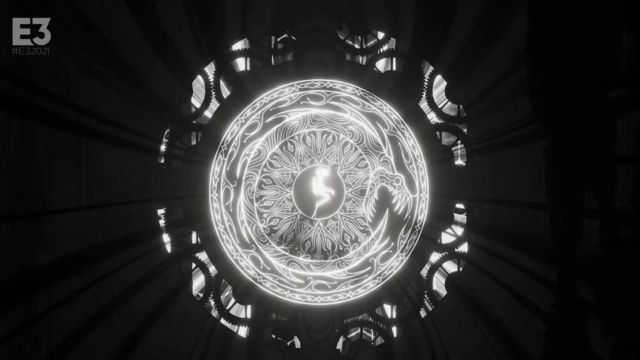 Next is a clip of gameplay from the first-person burglary sim, Hello Neighbor 2. We see our protagonist, masquerading as a journalist, as he breaks into a house and attempts to grab as much as he can before he’s inevitably caught. 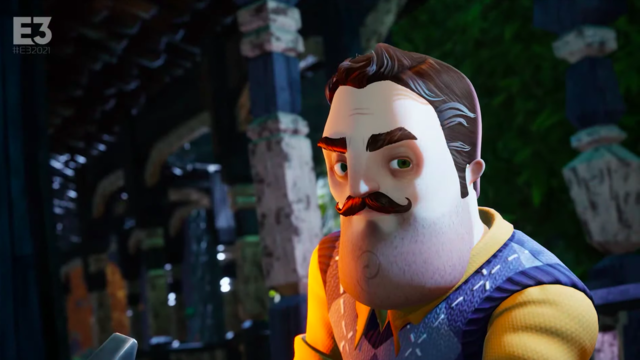 Next is a discussion about the latest Jurassic World game. It’s confirmed that Bryce Dallas Howard and Jeff Goldblum are returning to lend their voices to the game. After its first reveal at Summer Game Fest, we get to see more of the lavish island the game’s set on – and the prehistoric creatures that inhabit it. Confirmed for a 2021 release, the new big addition is the ability to go underwater – and see all the creepy creatures beneath it. 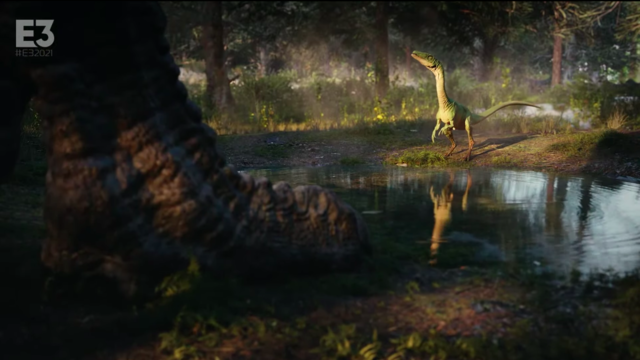 Next is a look at all the games in the works over at New Blood Interactive, from Dusk 82 to Faith: The Unholy Trinity. their games all have a retro feel, with PS2-era graphics and plenty of blood – as you’d expect from a developer of that name. It’s followed by a brazen comedy section, as the New Blood representative loses his cool when cut off.

We then get a trailer of the bloody hack-and-slash game, Soulstice. Pools of blood litter the floor where our protagonist’s sword cuts through giant enemies, and it looks like a game very heavily inspired by early Devil May Cry games. 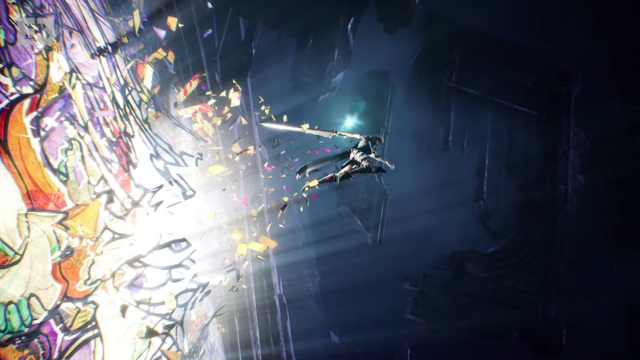 This sci-fi game, and Warhammer spin-off, doesn’t give a huge amount away, but looks pretty interesting. We see a titan clad in power armor, with armies kneeling towards him – before confirmation of more details this August.

Then, we see footage from the first-person shooter, Pioner. Inspired by Stalker, this look at a war-torn, and slightly fantastical, future is pretty interesting. There’s a range of creepy monsters here, as well as human enemies to take care of, though very few story details are revealed in this trailer. It looks like Arma crossed with Devil May Cry, and that’s a pretty unique combination. 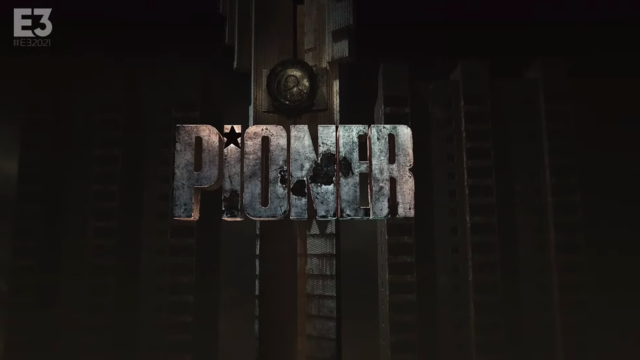 This one looks adorable! Lumberhill looks totally inspired by Animal Crossing, as you build your own farm, chop down trees, and create a cute little world perfectly suited to you.

Less cute is Arobria, which focuses on mutants. This real-time fighting game lets you duke it out with other mutants, and there’s plenty of customisation options here.

This one is really unique, combing 2D cartoon art with a fully visualised 3D world. Like Toy Story, you control a group of tiny creatures and their leader as they navigate our normal-sized world, dealing with obstacles like guitars, soft toys and bedroom floors. It’s due for release next year.

This dark shooter has some insane levels of customization, as you build your team and edit every part of their performance and their home. Taking place after the Chernobyl disaster, it plays heavily on the Cold War setting, with military realism that many shooters shy away from. It’s due for release this August, only on PC.

SacriFire is a 2D RPG combines turn-based boat and real-time action, with a blend of visuals and camera styles to keep things fresh. The combat looks satisfying, and the world seems pretty varied and gorgeous.

This one looks an awful lot like Rust, with first-person scavenging, building and hunting. From snowy landscapes to desert terrain, the whole range of wildlife is on display here, and it’s pretty pleasing on the eye too.

This sprite-based sci-fi world also looks pretty unique. It’s shown at the conference with a pretty interesting trailer too.

This colorful world seems interesting, as far as the short teaser shows off. We see a small community living on top of a behemoth of an animal, and that’s not something you see often.

This one looks very visually reminiscent of early Fallout games, with a sci-fi aesthetic and a brutal post-apocalyptic world. It’s much bloodier than you’d expect, and even though they’re pixelated sprites, the enemies seem pretty terrifying. It’s due for release August 5th.

This 2.5D medieval strategy game has all the fantasy hallmarks, from frost giants to goblins. No plot details so far, but it’s due for release in early 2022, and looks to be a pretty deep RPG and strategy experience.

This one looks to really invest in strategy, as you play as an engineer tasked with repairing a spaceship. You can acquire and sell components of the ship, and even make changes to yourself, suggesting a story based around robotics, self-realisation, and spaceship fun. Hacking and technology are the focus here, and it looks to be a pretty deep RPG experience.

This one is definitely inspired by Doom, with sprite-based first-person shooting. You’ll pop the heads of plenty of gruesome enemies in this nostalgic game, and with such a range of weapons, it’ll be a welcome blast from the past for anyone from the early Doom era.

That’s a wrap on the PC Gaming Showcase for E3 2021. What’d you think about the show? Be sure to let us know over on Twitter!