Elden Ring | All Bosses In Order 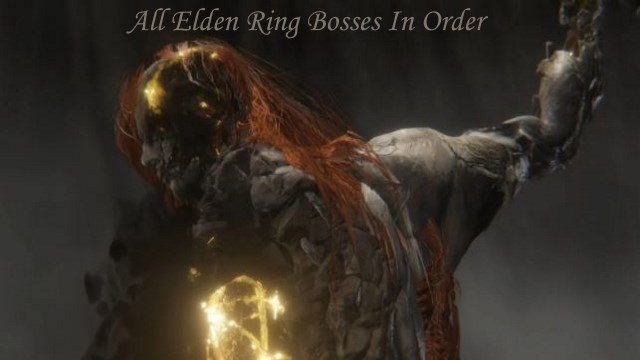 Progression is largely free-form in Elden Ring, but every now and then your path will be blocked by a boss fight. If you’re trying to work through the story, you’ll need to take on more than a dozen major bosses overall. However, once one has been defeated, you may not know where to go next. Don’t worry, we can help point you in the right direction. Keep reading to learn the best boss order in Elden Ring, from your first trial-by-fire to the grand final battle.

All Elden Ring Bosses In Order

There are numerous bosses to fight in Elden Ring, but not all of them are strictly required for story progression. By and large, you can get experience the entire game by only facing 13 of them. However, some optional fights are highly recommended. For example, without completing the optional fight with Starscourge Radahn, you’ll miss out on underground city Nokron entirely. As such, we consider it him one of the 14 total bosses you’ll need to fight in order to complete the game. 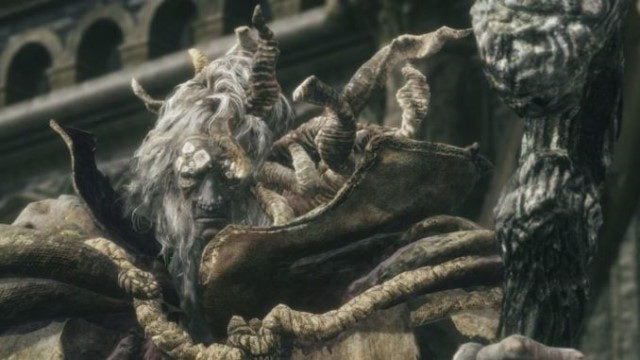 Margit is the first serious challenge you’re likely to face in Elden Ring. You’ll find him near the Castleward Tunnel Site of Grace, blocking access to Stormveil Castle. Early in the game, the golden path of Grace will point you straight toward Margit. You don’t have to fight him yet, though; feel free to continue to explore Limgrave and come back when you’re ready. 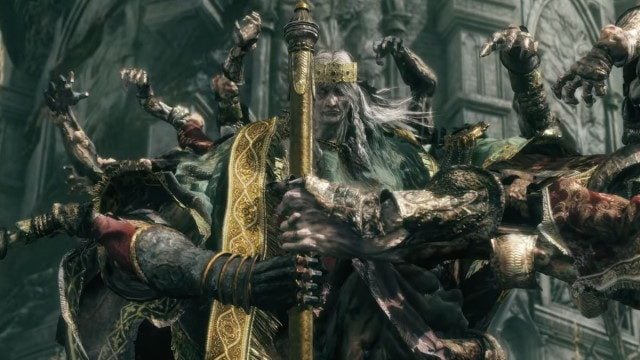 After defeating Margit, you’ll be able to access Stormveil Castle, one of the game’s many legacy dungeons. Godrick the Grafted is the final boss of Stormveil Castle. He’s also the first of the game’s bosses to drop a Great Rune, two of which you’ll need to access Leyndell, Royal Capital. And though his fight may technically be optional, he drops Godrick’s Great Rune, which is easily the best Great Rune overall.

03. Rennala, Queen of the Full Moon 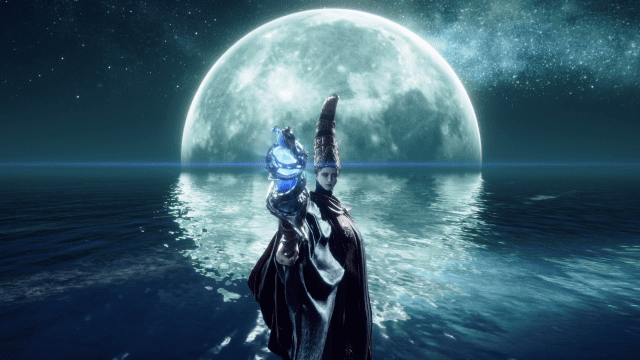 The Queen of the Full Moon is the major boss encounter within the Raya Lucaria Academy in Liurnia. Rennala is technically an optional boss fight, as you only need two Great Runes to access the capital city. You could choose between her or Starscourge Radahn, but truthfully, you should fight them both. After being defeated, Rennala will allow you to reset your stats using Larval Tears. 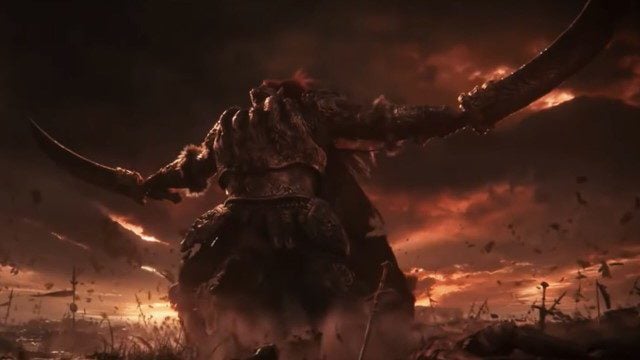 Of the previous three bosses, Starscourge Radahn is easily the most intimidating. His combat arena is the entire eastern side of Caelid, owing to his tremendous size and destructive tendencies. NPCs across the Lands Between will help you fight him as part of their so-called Festival. With that said, he’s not especially tough; you can cheese the entire battle by using Rotten Breath.

Radahn’s defeat notably opens up access to Nokron, Eternal City. This area has loads of great loot, including the all-important Mimic Tear summon. However, there are two other very good reasons to defeat this boss: Nokron plays an important role in Ranni’s questline, and it contains the only passage to Deeproot Depths, which you need to reach to complete Fia’s questline. So, while fighting Radahn is technically optional, his defeat is one of the most important milestones in Elden Ring. 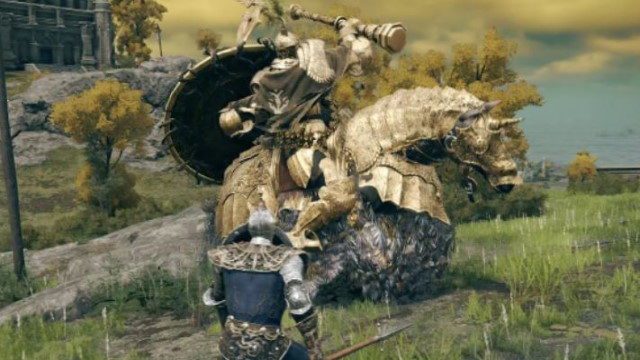 Once you have at least two Great Runes, you’ll be able to access Leyndell, Royal Capital in the Altus Plateau. However, there’s a giant, golden-armored knight standing in your way. This fiend is the Draconic Tree Sentinel, and he doesn’t intend to let you get by easily. Sadly for him, his demise is fated.

If you enter open combat, the Draconic Tree Sentinel will put up a fierce fight. However, there doesn’t have to be a fight at all. If you remain stealthy, you can sneak up and poison him, then watch as his health slowly drains away. 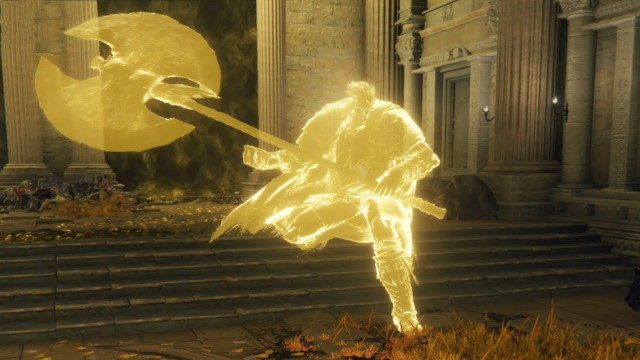 Once you get toward the end of Leyndell, you’ll find your progress blocked by a glowing incarnation of Godfrey, First Elden Lord. This boss is visibly a shade form of another more powerful enemy, but that doesn’t make him any less tough. Prepare yourself for plenty of AoE attacks and lightning damage. 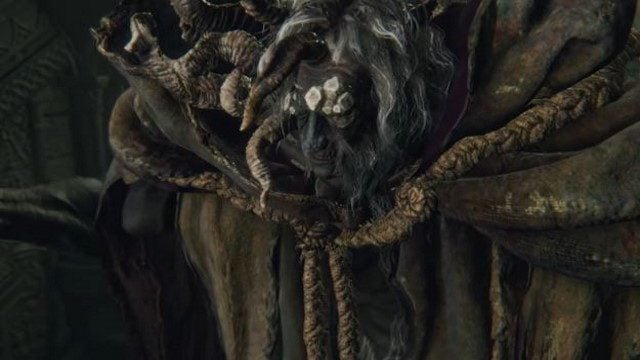 Once the golden shade of Godfrey has fallen, you’ll eventually find your way toward the Elden Throne at the base of the Erdtree. However, once you arrive, you’ll find it guarded by a powerful boss.

Morgott, The Omen King is the true boss of Leyndell, Royal City. And though he doesn’t directly help you reach areas beyond, his fight is required to continue onward. Once he’s defeated, Melina will give you the Rold Medallion. This item can be used to activate the Grand Lift of Rold and reach the Mountaintops of the Giants. 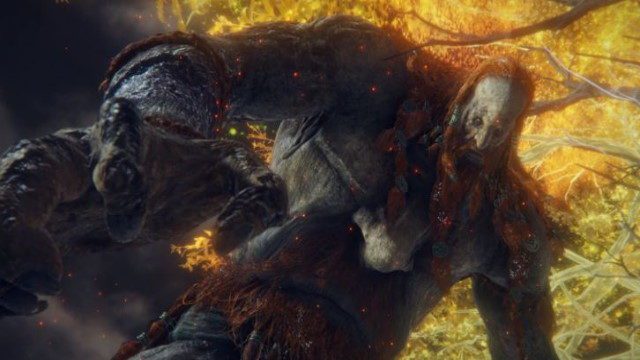 The Fire Giant is perhaps the most annoying boss in Elden Ring. He’s huge, powerful, his spells are irritating, and he’s not much of a looker, either. However, he guards access to the Forge of the Giants, which plays a very important part in the game’s overall progression. You’ll need to take out this ugly jerk in order to reach Crumbling Farum Azula and continue the story. 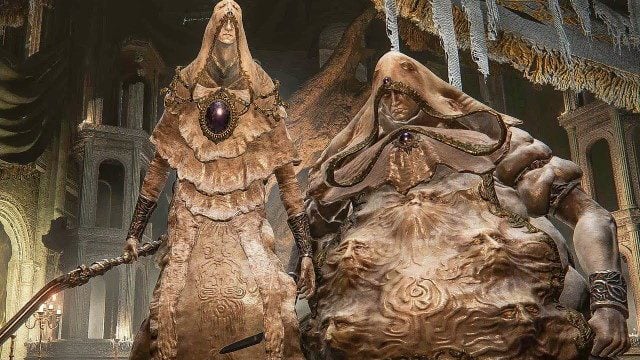 Of all bosses in Elden Ring, the Godskin Duo are perhaps the most surprising. You may have already fought a Godskin Apostle or Godskin Noble separately, and they’re not particularly tough. Together, however, they’re a lot more dangerous.

Don’t be fooled into thinking the battle is over once each health bar is depleted. The Godskin Duo will continue to revive one another until their separate shared health bar has been drained. This battle is a trial of both skill and patience, and multiplayer is absolutely recommended.

Maliketh, The Black Blade is the final major boss of Crumbling Farum Azula. However, the fight begins against a creature known as the Beast Clergyman before it turns into fight with Maliketh. We issue this warning because this specific battle represents a turning point in the game. Do not approach the Maliketh boss fight until you are ready. Notably, you’ll want to clean up any business you have left in Leyndell. If you’re achievement hunting, make sure to grab the Bolt of Gransax, one of the game’s nine Legendary Armaments, before taking Maliketh down. 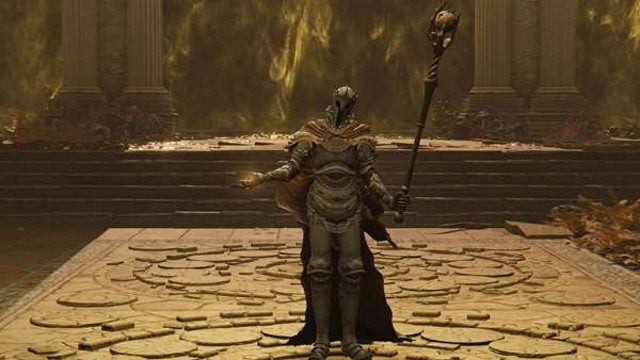 After Maliketh’s demise, the royal capital Leyndell takes on a new appearance. Among the ashen remains you’ll encounter Sir Gideon Ofnir, The All-Knowing. This is the boss form of the NPC Gideon who previously provided lore and consultation at Roundtable Hold. Given the intersection of your goals, the fight was inevitable. Unsurprisingly, Gideon posits that you’re unworthy of the title of Elden Lord. You won’t be able to reach the sanctuary beyond until he’s been defeated. 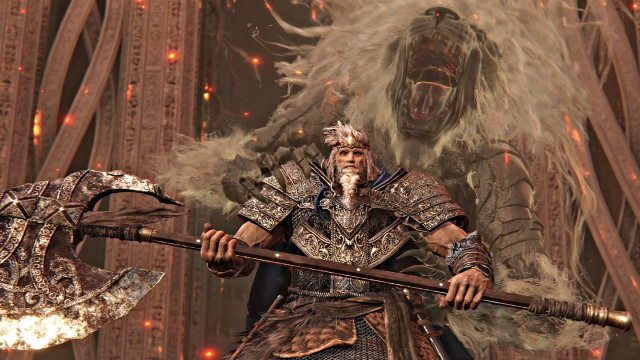 Your adventure through the Lands Between is drawing to a close. Once you’ve gained access to the Erdtree Sanctuary, you’re only a stone’s throw away from Godfrey, First Elden Lord. No longer a golden shade, Godfrey in the flesh is an extremely formidable foe. And, in classic FromSoftware tradition, he’ll unleash his true form and become Hoarah Loux, Warrior toward the end of the fight.

13. Final Bosses: Radagon of the Golden Order and the Elden Beast 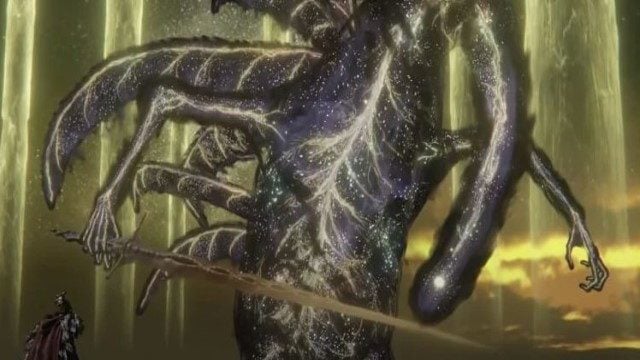 This is the final boss battle in Elden Ring. Though Radagon of the Golden Order and the Elden Beast are two distinct bosses, their fight is one and the same. The fight with the Elden Beast begins immediately after Radagon is defeated. You’ll need to bring your very best to bring these final bosses down. Good luck, Tarnished.