Elden Ring Church of Inhibition Location | Where to Find 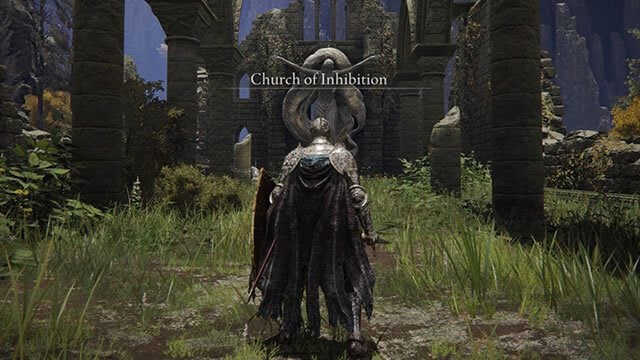 Whether you’re completing a quest for Hyetta or looking to obtain the Finger Maiden set, the Church of Inhibition is a location that might be difficult to find in Elden Ring. The Church is now a ruined site, littered with debris and almost no one in sight. But despite being located at the top of a hill, there are several players who are having some trouble reaching it. There’s a specific route that you have to take from a particular village, but just know that there are a few steps that you need to take before you can approach the Church of Inhibition.

Where to Find the Church of Inhibition in Elden Ring 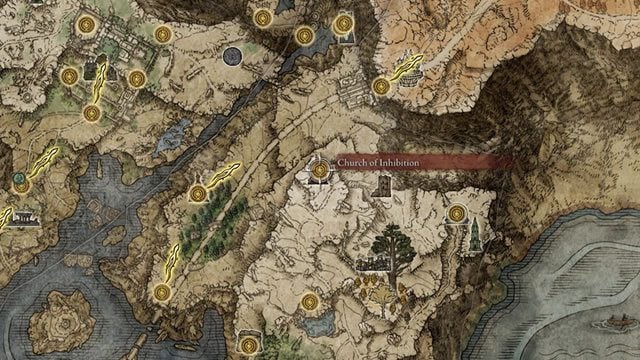 The Church of Inhibition is located within the Liurnia of the Lakes region and north of the Frenzied Flame Village. Assuming you can reach the upper plateau, you should be able to walk right up to the remnants of the church. However, the path up to this area is treacherous. You’re bound to run into a few enemies, so tread lightly if you must.

If you still haven’t reached the area’s upper plateau, start from the Mausoleum Compound Site of Grace. From there, head north, then turn east until you come up on the Minor Erdtree. In this area you’ll find a rock formation you can use to reach the cliff above. Use your mount to give you that extra distance when jumping toward the cliff wall. 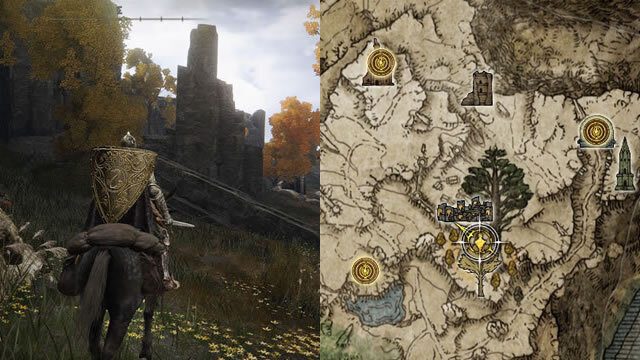 When you get to this point, no matter how you approached it, you’ll have to travel southward to climb up a hill. But be vigilant, because the Frenzy-Flaming Tower stands in your way. This fiery structure can trigger Madness in you the more you come into view with it. It almost works like the Eye of Sauron from the Lord of the Rings (Barad-dûr for the well-informed), where Sauron’s blazing eye would inflict great fear in Frodo Baggins when contact is made.

If you’re planning on going straight to the Church of Inhibition, evade the Tower’s line of sight by sticking behind rocks and other similar structures of terrain. You’ll have a Madness meter that will read how intense the Tower is with its glaring power. As soon as it starts to fill up, duck for immediate cover until the meter depletes.

How to Stop the Frenzy-Flaming Tower 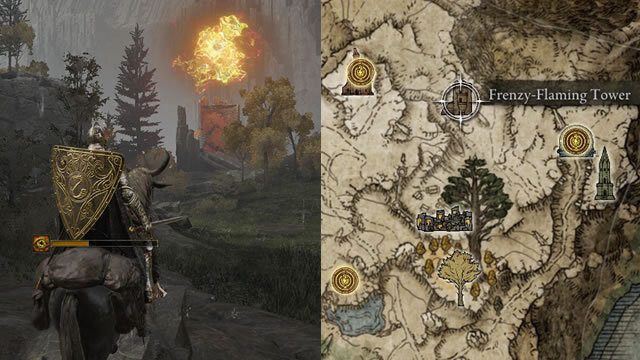 For the reckless and heroic crowd, you’ll probably want to deactivate the tower. All you need to do is sneak up to the base of the tower while avoiding its direct line of sight. Inside the tower will be a few rats that can be quickly disposed of or ignored if you rush toward the ladder. Climb upward until you reach the very top, where you’ll find preaching clerics conjuring the Madness. While the tower’s Madness will mildly fill your meter, eliminating these clerics will be no issue. It only takes a couple of attacks to take them down; as soon as they fall, the Madness spell will magically disappear, giving you the space to roam the area freely from there.

Once you’re done playing hide-and-seek with the tower, you’re practically almost at the church. But the trouble doesn’t end here. Upon your initial arrival at the Church of Inhibition, you’ll be invaded by a Festering Fingerprint Vyke. This crimson enemy is equipped with a spear and is swift with the dodges. He’s rather stubborn about his piercing attacks, and won’t hesitate to heal himself if you give him a free window.

You’re going to have to deal with him to loot the cathedral, so get ready. He’s a fast attacker, but he’s easily taken down with melee armaments. He’s also capable of casting a Madness spell, so be sure you know how to prevent Madness buildup. And as soon as he’s defeated, you’ll earn some slick item drops: Furlcalling Finger Remedy, Fingerprint Grape, and Vyke’s War Spear.

Inside the broken Church of Inhibition, you will find a Sacred Tear and the full Finger Maiden set. This includes the Fillet, Robe, and Shoes, and they can provide significant boosts in Vitality and Focus resistances. You won’t have any more enemies charging at you here; activate the Site of Grace, and you’ll be good to go.