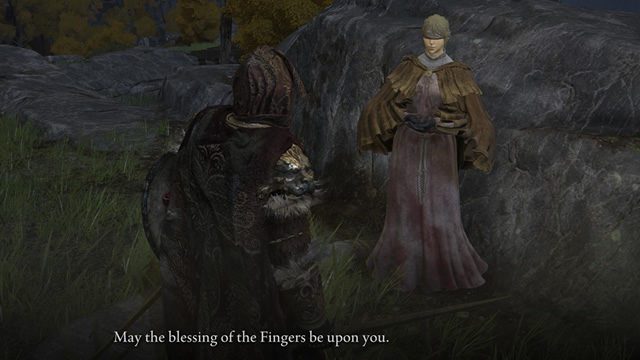 Elden Ring has quite a few NPCs that interact with one another. A couple of those NPCs are incredibly vague and specific, but offer you fantastic rewards for completing their questline. One of the most hard to find NPCs in the game is Hyetta, whose questline is required for one of the game’s many endings. Hyetta’s quest is tied to the Frenzied Flame ending. If you’re having trouble finding her, or completing her quest, we can help you out!

How to Complete the Hyetta NPC Questline in Elden Ring 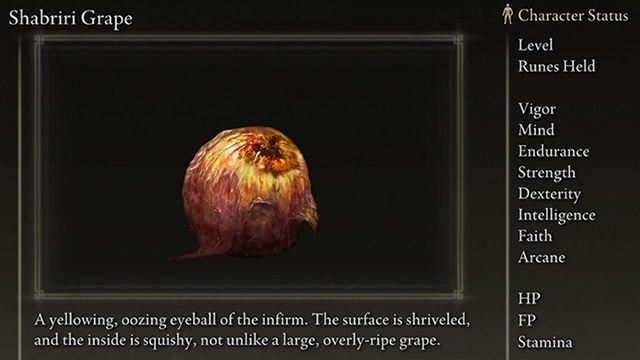 In order to find Hyetta in the first place, you must first complete Irina’s quest in the Weeping Peninsula. Once that quest is complete, you will find Hyetta next to the Lake-Facing Cliffs site of grace, the first site of grace that you can get to after completing Stormveil Castle.

Irina’s quest is a short but important questline. Head south of Limgrave and cross the bridge. Right after the bridge, to the left of the road, you will see a woman sitting near the wall. She will give you a letter for her father, after you exhaust her dialogue.

Her father is in Castle Morne, far south on the Weeping Peninsula. About halfway through the dungeon, keep heading up the battlements by following the ramparts. You will likely need to drop down some wooden platforms. Keep checking the tops of towers until you find him; the dungeon will naturally lead you to him, but it is a relatively circular route.

At the top of the ramparts you’ll find a man, named Edgar. He’s Irina’s pop. Talk to him and give him the letter.

Before he can leave his post, you’ll have to kill the Leonine Misbegotten, the boss of Castle Morne. Slay that by heading down the cliffs on the south side of the Castle.

You should now be able to go to Irina, and find her very dead. Her father is grieving over her body. If he is not there, and she still lives, you can head back and talk with him again.

Now that Irina is past, we can focus on the future; Hyetta! Head past the end of Stormveil Castle. At that Site of Grace, you should find Hyetta. If you don’t, make sure that you have gotten the Irina’s Letter quest item. That seems to be around the point where she spawns.

You’ll need to give her a new item; the Shabriri Grape. 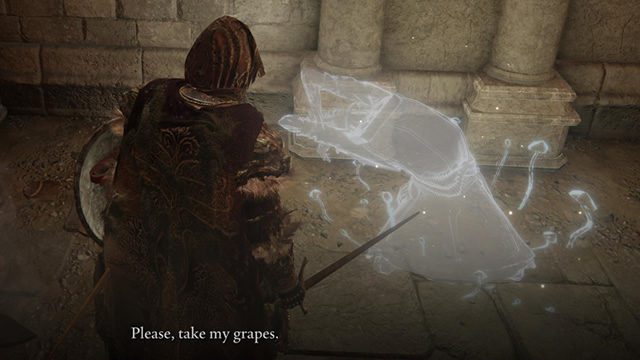 For Irina’s questline, you require three Shabriri Grapes. You can find the grapes in the following areas:

You should give her the Grape. Exhaust her dialogue (it shouldn’t take more than one talk-through). You’ll get a Gesture for a reward.

Head to the Purified Ruins. She’ll be on the western side of the Ruins, near the waterfront, and will ask you for another grape. This time you get nothing. Make sure her dialogue repeats itself.

Now she’ll be near the Gate Town Bridge site of grace. Give her yet another Shabriri grape and exhaust her dialogue. This is kinda sad, since she didn’t realize that the grapes you were feeding her were eyeballs. But, it’s required for her questline.

Now, she’ll head to Bellum Church. This church is at the northern Liurnia of the Lakes, on the continent opposite of Caria Manor. You will be asked to acquire a Fingerprint Grape for her.

This is a unique variant of the Shabriri Grape. It is located somewhat nearby. Head southeast of the Bellum Church. You will encounter the Frenzy-Flaming tower, a large beacon of Madness. Kill the men at the top so you don’t get infected later. Then, head south through the Frenzied Flame Village and hook westward. Vyke will invade you as you approach the Church of Inhibition, the church located northwest of the Frenzied Flame Village.

Do not kill the Erdtree Avatar in Northeast Liurnia of the Lakes! This disables invasions, which are a required step of this questline.

Vyke is a standard invader. Killing him drops the Fingerprint Grape, his weapon, and some Invasion fingers. 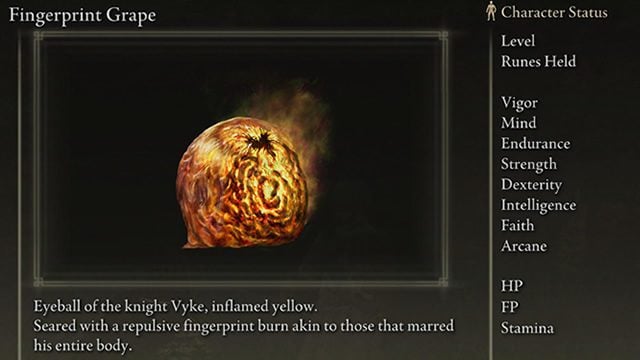 Unfortunately, we do not know if there is a way to get the Fingerprint Grape if you had accidentally killed the Erdtree Avatar beforehand. You may just be locked out of the questline.

Give the Fingerprint Grape to Hyetta. She seems quite excited about it. Good for her. 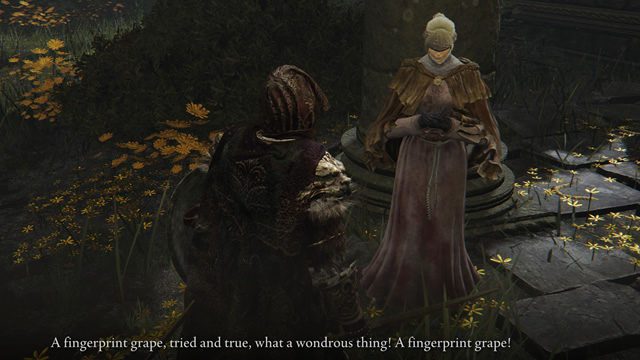 Before you can complete Hyetta’s quest, you’ll have to get very, very, very far into the game. To continue, you’ll need to have beaten Leyndell, The Mountaintops of the Giants, and the Subterranean Shunning-Grounds. This will lead you to the Cathedral of the Forsaken site of grace. Head behind the altar to reveal a hidden path. Fight through it until you see two beams with tombstone platforms leading downwards. Follow the tombstones until you reach the bottom. Collect the loot before walking into the center of the catacomb. The ground should collapse beneath you and lead you to the Frenzied Flame Proscription.

This region is an ending condition! Speak with the Three Fingers to take on the Frenzied Flame. Once you do this, Hyetta will finally think you’re cool enough to talk to again! Now that you are the carrier of the Frenzied Flame, you can talk with her. Exhaust her dialogue to gain a just reward for completing her questline; the Frenzied Flame Seal.

This Seal scales off of all offensive statistics. It also improves the damage of Frenzied Burst, Howl of Shabriri, The Flame of Frenzy, and Unendurable Frenzy by 20%, a pretty massive boost to these high-potency faith spells.

If you wish to avoid the Frenzied Flame ending after doing this, then you’ll have to complete the Millicent questline.