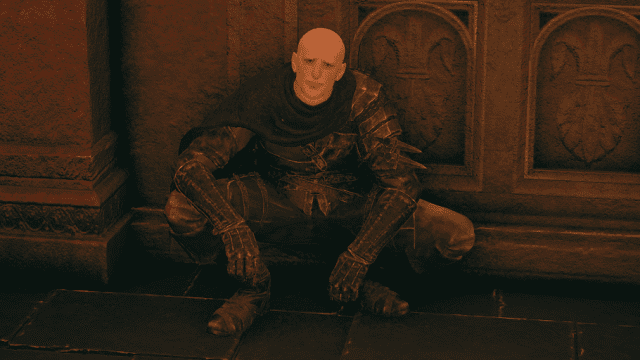 Elden Ring is a world full of many different types of creatures. There are big beasts, little birds, and so many varieties of NPC. There is only one creature, though, which is worthy of the title of “hilarious coward.” And he has held that title in FromSoftware games ever since Demon’s Souls. Patches is a legendary NPC with a huge personality. He is a bit of a dope, but he can be useful in a few specific scenarios throughout the game. Doing the Patches questline will be a boon to your journey. But be warned: This bandit only has a spine when your back is turned.

How to Complete the Patches Questline in Elden Ring

In order to begin the Patches questline in Elden Ring, you must first get to Murkwater Cave. This mini-dungeon is in the ravine in Northeastern Limgrave, and the outside of the cave is defended by a Bloody Finger invader. Defeat his bandits and then head into the back room – in the back alleyway – of the cave to begin the fight. 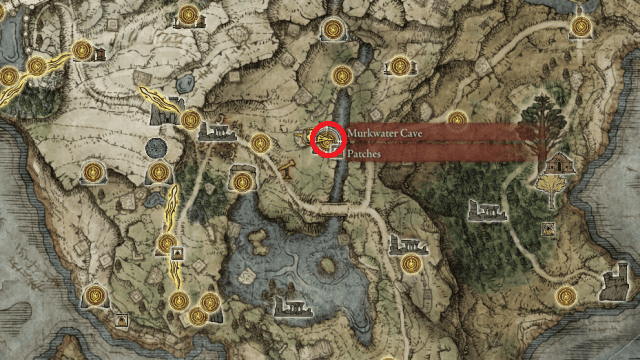 Patches will surrender at half-health, and it is highly suggested that you do not attack him. Wait until the boss health bar disappears, after he surrenders to you. Then, he will simply sit down. You can immediately talk with him to get some details about his life.

If you wish to access his shop, you will have to reload the area. Either teleport to the bonfire or simply save and quit. Either method will allow you to talk with Patches to access the store. Then, you can get Margit’s Shackle, a powerful support item for that boss fight. It is quite expensive, though!

After you open the chest in his room, another chest will be able to be opened. This one will teleport you to a trap in the Mistwood Ruins. Be careful! There are Runebears nearby that you can weave between if you’re careful.

If you are caught in Patches’ trap, then you must find and rest at a nearby Site of Grace. Head northwest out of the forest. You should see a road. Follow that road to the west to find the Mistwood Outskirts grace. This will disable the trap and allow you to teleport at your leisure. 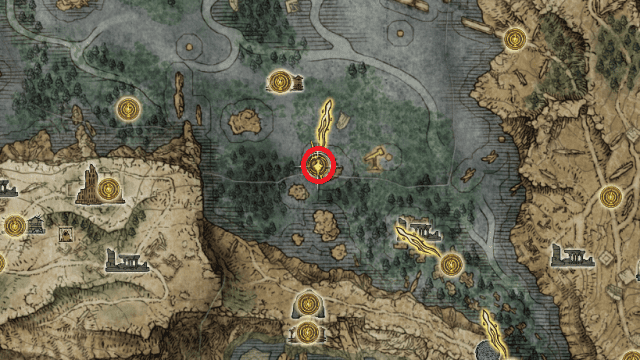 Once you exhaust his dialogue at Murkwater Cave, Patches will be found in Liurnia of the Lakes. He will be right next to the Scenic Isle Site of Grace. This grace is nice to grab anyways, so its nice that our buddy Patches is here too.

Talk with him. He’ll talk to you about a few little secrets. The most important one is that there is a Virgin Abductor under Raya Lucaria who can teleport you to the Erdtree.

Getting killed by the grab of the Abductor beneath the Water Wheel at Raya Lucaria actually teleports you to Volcano Manor, which is still an important part of progressing the game.

He’ll also lead you to Rya, who is another way to get to Volcano Manor. He’ll point out where she is. Helping her is not required to advance his quest.

Patches has two places to be at Mt. Gelmir. The first is an optional cutscene. After the First Mt. Gelmir Campsite, head to the northwest, following the cliff. At the tip of the map, you’ll see Patches hiding in some bushes. You can follow his path of rainbow stones to trigger a cutscene where he betrays you. You will not die, but you will be in a bit of a pickle. Work your way out of the area and back to a Site of Grace. This is, once again, optional, and does not unlock any significant items or gestures. You can head down there yourself at your leisure.

More importantly, when you get to Volcano Manor, Patches will be there. He’ll be located in the hallway of Volcano Manor, right next to the entrance. He’ll talk to you like a good friend, whether or not you’ve done the cutscene.

In Volcano Manor, Patches will give you a request. Complete the first assassination. You’ll then be given a Letter to Patches, which will point you to his assassination target: Great Horned Tragoth. This enemy is at the Ruin-Strewn Precipice Overlook by resting at the grace in the boss room.

This is all you can do with Patches until you destroy Rykard. Defeat the god of the Volcano Manor and then head back and talk with Patches. Exhaust his dialogue by re-unlocking his shop to know you can continue.

Patches After The Volcano Manor 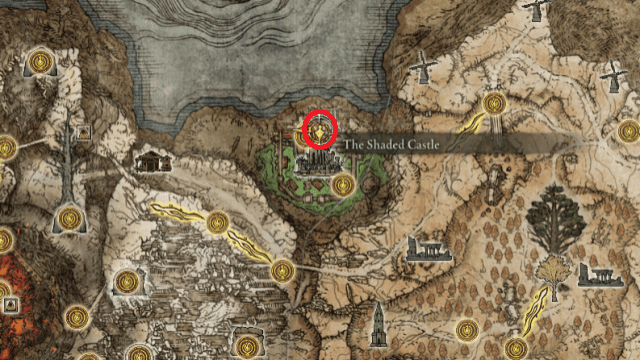 After the Volcano Manor, Patches will be at the end of the Shaded Castle dungeon. In the hallway of statues before the boss, you’ll find him resting on the wall. He’ll tell you to bring an item to Tanith: Dancer’s Castinets. These do literally nothing if you bring them to Tanith, who is in Rykard’s boss room. But, you can give them to her if you’d like.

Afterwards, reload the area to ensure Patches is no longer at the Shaded Castle. This means he has gone back to Murkwater Cave, and is a boss fight once again. Thankfully, he will surrender much faster this time. Talk with him after to re-unlock the shop and gain access to his wares.

It is recommended to attempt this after you complete the rest of Patches’ quest.

After the boss fight, you can attack him three times to cause him to aggro. Allow him to reduce your health to the point where he is asking you to surrender. Perform the gesture “Grovel for Mercy” at his point. If you do so correctly, he will immediately give you the Extreme Repentance Gesture.

However, this does not guarantee that he will accept your surrender and stop attacking. If he is still hostile, simply save and quit. This will reload the area and Patches will be sitting down again, ready to sell you whichever wares remain.