We all know of the many emotes players can use to express themselves in Elden Ring. However, there are also items called Prattling Pates that allow you to vocalize with others. These odd, lumpy sculptures that somewhat resemble faces are tools that can speak set phrases when used. Their voices are deep and ragged, but carry a certain sort of shabby charm. Plus, they’re really fun to use in multiplayer. There are eight of them in total, and we’ll show you where to find each and every one of them!

Where to Find All Prattling Pates in Elden Ring This simple salutation is the first accessible Prattling Pate in Elden Ring, and it’s also the easiest to find. In Limgrave, starting from the Church of Elleh Site of Grace, make your way northwest along the edge of the valley until you get to Stormfoot Catacombs. When you reach the first hallway with the fire-emitting trap, be sure to have a ranged weapon or Incantation handy. You can disable the trap by hitting it, but that’s a lot more dangerous if you have to approach it in melee range. Once the trap is deactivated, walk behind it and grab the Hello Prattling Pate off the corpse.

The Please Help Prattling Pate is found in the Impaler’s Catacombs, just across the Bridge of Sacrifice leaving south of Limgrave, in the northeast corner of the Weeping Peninsula. You’ll have to use Torrent to ride a Spiritspring to hop up onto the ridge where the catacombs are found. Inside, you’ll come across a spike trap that lifts a large portion of the floor. Go ahead and trigger the trap. While the floor is raised, slip underneath it and jump down below into the water. You’ll encounter a bunch of undead enemies and a washed up corpse laying by a pillar. Search the corpse to find the Prattling Pate.

This very polite Prattling Pate is found in the Tombsward Catacombs within the Weeping Peninsula. This lies northeast of the Fourth Church of Marika, a short ways past the Weeping Evergaol. Head into the catacombs and explore until you find a fire pillar trap. From here, travel left down a hallway until you reach a room with a couple of skeleton enemies. In front of one of the crypts you will find a corpse holding the Thank You Prattling Pate.

Bonus tip: Before you leave the Tombsward Catacombs, make sure to fight the dungeon boss, the Cemetery Shade. The reward for its defeat is the powerful Lhutel the Headless Spirit summon.

The Wonderful Prattling Pate is found in the Cliffbottom Catacombs in Liurnia. Starting from the Church of Irith, head northeast and take the right-side path, staying to the cliff’s edge on the east end of this path. Once entering the catacombs, keep descending deeper until you reach a narrow corridor. If you look up to the second level and see the back of a statue, you’re in the right spot. Drop down below and there will be a tunnel on the right side. Either fight or avoid the large enemies in this area long enough to loot the corpse on the ground with this Prattling Pate.

The remorseful Apologies Prattling Pate is located within the Unsightly Catacombs, southwest of the Craftsman’s Shack in Mt. Gelmir. This location requires two Stonesword Keys for entry. Plus, this is not an easy location to traverse. The catacombs here are home to many hostile gargoyles, and you’ll be forced to fight through many of them. When you reach the room with the lever to the boss door, go to the opposite end of the room to find the corpse holding this item.

This is the first of the Prattling Pates that is not found within a catacombs. Make your way to the Hermit Village northeast of the Craftsman’s Shack. When entering the village, there will be a corpse lying on the porch of one of the houses. There will be enemies around, so be prepared to fight or lead them away long enough to run up and grab the You’re Beautiful Prattling Pate from the corpse.

Let’s Get To It

To find Let’s Get To It, you’ll need to head to the Sainted Hero’s Grave in the Atlus Plateau. Starting from the Forest-Spanning Greatbridge, head southwest until you reach the grave site. Enter and be ready to move. You can easily run past enemies here, but the hallways contain fast-dropping guillotine traps. Get past the second corridor of these traps and run through an opening on the right side. Climb the ladder, then drop down ahead. A Grafted Scion will be waiting for you, so be prepared to fight it. Once beaten, head onto the next room where a black shadow enemy awaits at the end. Partway towards this enemy, you will find the corpse holding this most motivational of Prattling Pates.

This final and most wistful Prattling Pate is found within the Haligtree Canopy. To get My Beloved, you have to have finished either Latenna’s quest or found both pieces of the Haligtree Secret Medallion. After getting past the riddle of Ordina, Liturgical Town, you will show up in Haligtree. Starting from the Site of Grace here, go past the trumpet-blowers and drop onto a small branch on the right. There is a strong enemy ahead from here, but instead of going towards them, drop down to a large fungi growth below where you can see the corpse. This will give you the My Beloved Prattling Pate.

Need more help with Elden Ring? We got you covered with these guides below and many more: 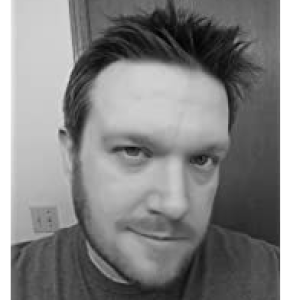