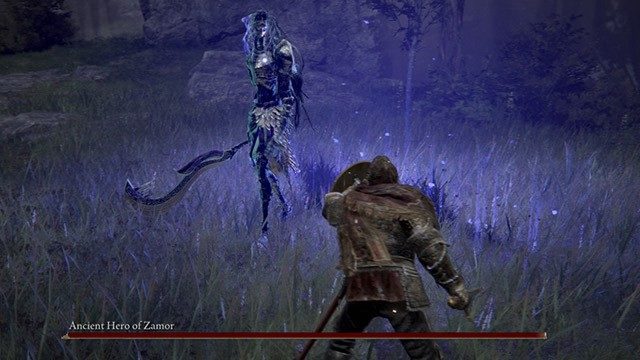 There are certain Talismans in Elden Ring that are clearly better than the rest. Unfortunately, most of them are locked behind late-game boss battles. However, there exist other Talismans that provide largely similar effects, just with lesser potency. One of them is Radagon’s Scarseal, providing a big buff but at a considerable price. How do you earn this talisman, and is it ultimately worth equipping? Read on to find out.

Radagon’s Scarseal is dropped by the Ancient Hero of Zamor, boss of the Weeping Evergaol. To get it, you’ll need to travel to the Weeping Peninsula, south of Limgrave. You’ll need a Stonekey to activate the Evergaol and confront the boss, which will transport you to his fight area. He’s a frost creature, so any fire attacks will deal additional damage. Despite his freezing strikes, he’s a fairly easy boss to take down. The only attack move of his that might catch you off guard is his leaping slash, which is totally avoidable by dodging him.

Basically, yes. The boosts provided to stats offset the damage debuff. Essentially, the Scarseal increases your vigor, endurance, strength, and dexterity stats by three points each. Depending on which stats you’re focusing on, this Talisman can provide a significant lift in combat. However, you will receive a 10% increase in damage with this item. Depending on whether you’re a Souls veteran or an absolute newcomer, this Talisman can make or break you.

Experienced players will have little issue with it since they’re used to the magic of the genre. But for the novice crowd, you might want to maybe just sell it for 3,000 Runes.

Keep in mind that Radagon’s Scarseal isn’t to be confused with Radagon’s Soreseal. The one in question deals in an offsetting trade for stats and damage. For the Soreseal, which we’ve mentioned in our Legendary Talismans guide, it will provide five points for the same stats as the Scarseal, but it will also increase all damage taken by 15%. It all boils down to how much damage you can take with the given reduction and any negation from your armor.

For more guides on Elden Ring, be sure to check out more tips right here: