Elden Ring Sacred Relic Sword | How to Get

Elden Ring is a FromSoftware game, and you know what that means! There are cool things around every single corner, from weapons to armor and every spell under the Erdtree. However, there are some weapons that can be a little difficult to locate. One of the weapons that doesn’t even seem to be in the game is the Sacred Relic Sword. This is an absolutely fantastic greatsword, but doesn’t really appear anywhere in particular. If you’re wondering where to find it, we can help you out!

Spoilers: This guide will include minor story spoilers. Reader discretion is advised.

How to Get the Sacred Relic Sword in Elden Ring 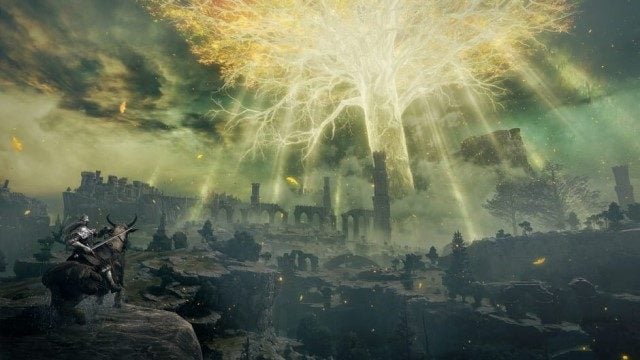 The Sacred Relic Sword is the reward for killing the final boss of Elden Ring while following most storylines. Specifically, you must get the Elden Remembrance and bring it to Enia at the Roundtable Hold if you want to unlock the weapon. This will allow you to use the weapon to clear the rest world, or play in New Game+ mode. The Sword itself is a Greatsword-type weapon requiring 11 Strength, 24 Dexterity, and 22 Faith to wield.

The Elden Remembrance is dropped by the Elden Beast, a required boss for all endings we currently know about. This item can be traded with Enia to unlock the sword at the shop. The other option, Marika’s Hammer, is a Strength-based weapon with similar stats. You can also pop it to gain Runes, But you only get 50,000. At this point in the game, that’s pocket-change. The weapon variety is much better.

The Sacred Rune Sword’s weapon art, Golden Wave, is an expensive projectile. This makes it a great weapon to focus on, as you can use the projectile to pull a big enemy away from other enemies. However, the high FP makes it difficult to spam. Its damage is worthwhile – able to one-shot a ton of enemies – but it is tricky to spam for even adept magic users.

You can access both of these weapons – the Hammer and Sword – by going to a Walking Mausoleum. These large, quadrupedal buildings can be knocked down. If you do, you can always duplicate a boss remembrance.

Wondering about other cool items? We can tell you about the Hand of Malenia and the Mimic Tear!