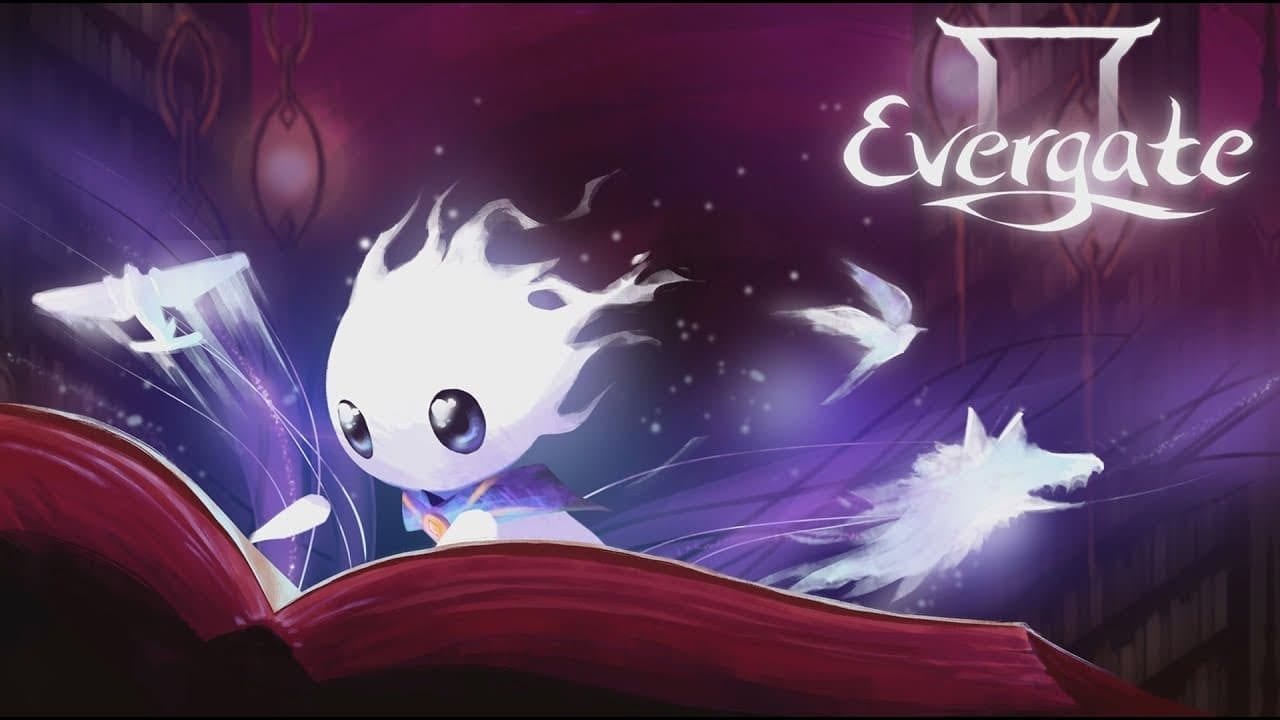 The combo ‘puzzle-platformer’ has always perplexed me. On one hand, puzzles are mental challenges that generally require some time to think about in order to solve them. On the other, platformers are fast-paced navigational courses relying on both visuals and reflexes. Combining the two doesn’t seem to be an obvious choice, but games like Limbo and Braid made it like champions. Evergate is a recent release to wear the puzzle-platformer label proudly, which I think it deserves. 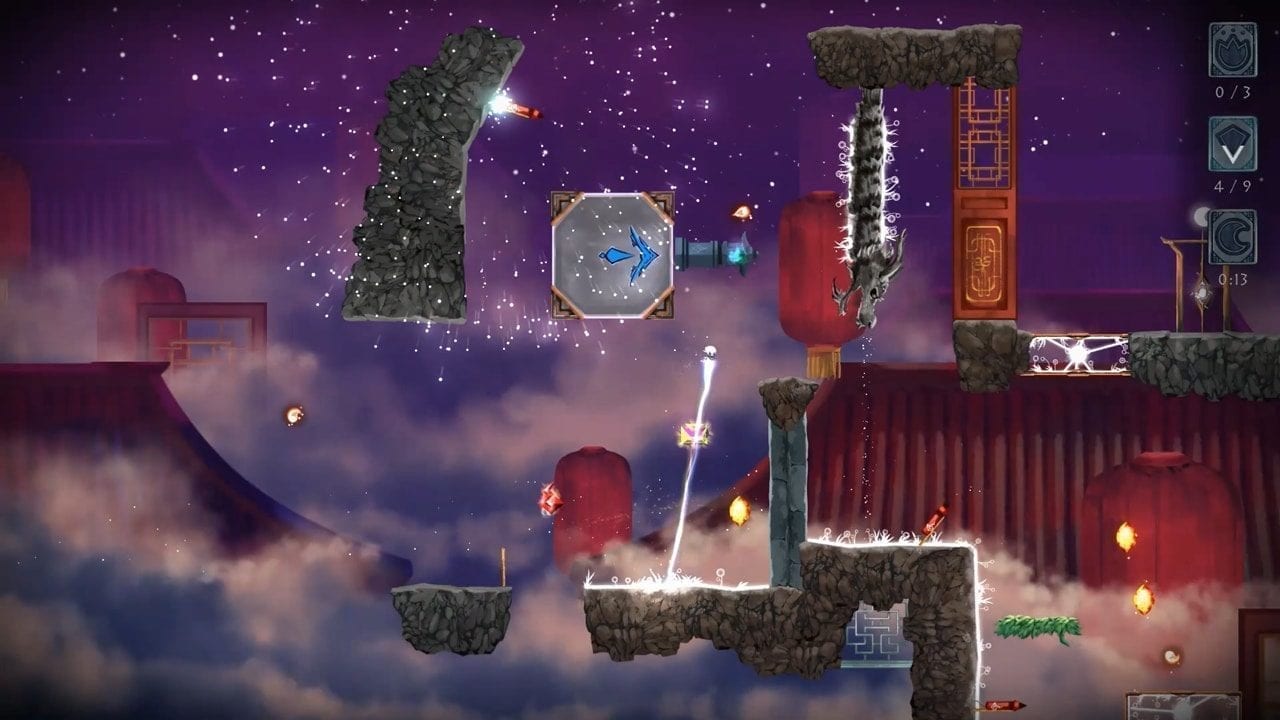 Evergate puts you in the role of Ki, a soul in the afterlife. They are led by someone who is not the Grim Reaper to an object called the Evergate, which will transport Ki back to Earth for reincarnation. Before the task is complete, an evil purple phenomenon ominously called “The Storm” wrecks it, leaving behind memory books. So, it’s up to Ki to explore the memories, discover the secret behind the Storm, and save the Afterlife.

The story is present enough to act as a solid framing device for the “who” and “why” aspect of the game. The emotionally charged cut scenes that appear during gameplay are simple but nice visual treats that help add depth. 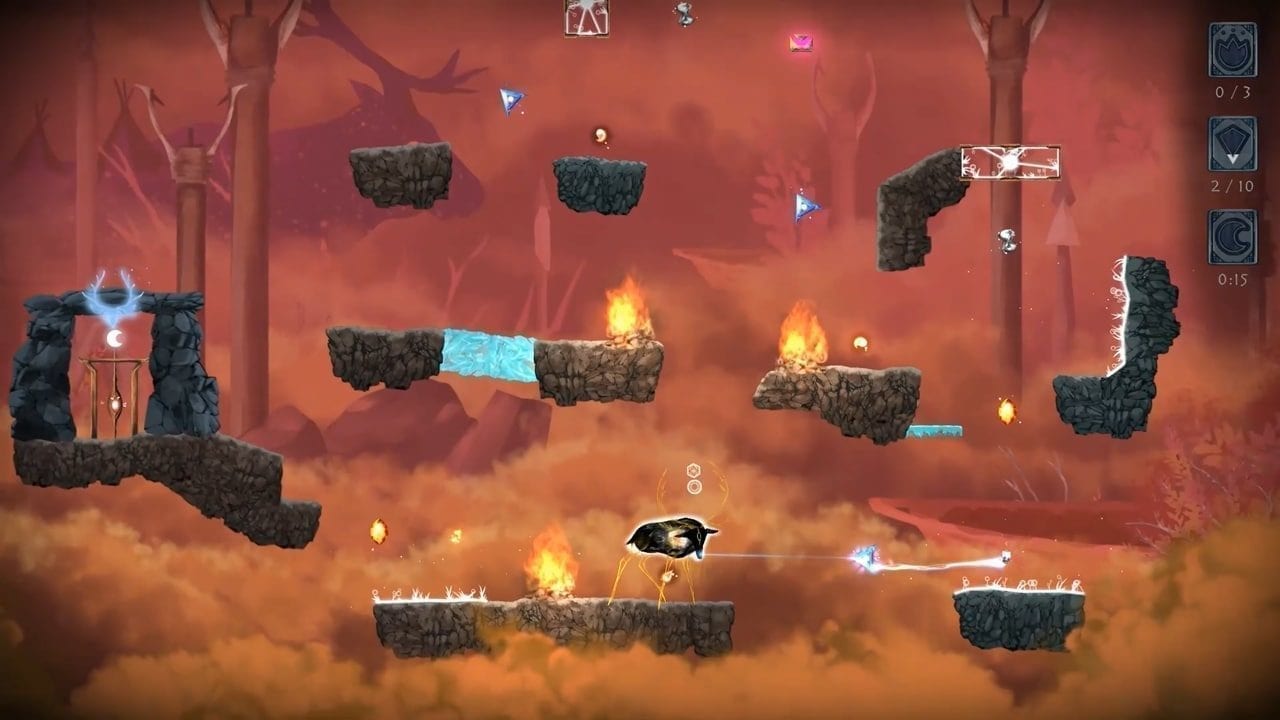 Working hard to own up to that puzzle-platformer label, Evergate presents its mechanics and levels as such. Ki operates on a 2D plane, can run, jump, and has the USP power of Soulflame, where Ki shoots a beam of light from their body in order to light up special crystals that grant different abilities in order to navigate the levels. Time slows down whenever Ki uses Soulflame, and the beam can be aimed in all directions and seems to have infinite range. This leads to an interesting dynamic where you can freeze the flow of platforming to decide your next move mid-jump.

Classic platforming combined with Soulflame create an interesting challenge where every jump you make needs to be deliberate. Most of the special crystals are only effective while you’re in the air, meaning you need to pick the best spot to maximize effectiveness. Navigation requires you to be smart, quick and precise. Unfortunately, this leads to one of my main criticisms: Sometimes it’s too precise. You can aim the Soulflame with the analog stick, but it feels sticky at best. Sometimes the beam locks on to the most random objects, and other times it focuses on Ki’s position rather than your control.

The game is deceptively large, having ten themed worlds each with seven levels. Each world introduces a new crystal with a new mechanic that keeps things fresh. There are three objectives per level: Get all the petals, break all the crystals, and get to the exit within the time limit. This leads to my second problem concerning level completion: Unless you’re some sort of puzzle-platform prodigy, you’ll need to beat each level at least twice to complete all the objectives since the time-limit is not nearly generous enough.

And you’ll want to complete as many of the objectives as possible in order to unlock the Artifacts. You can equip one (and only one) at a time that will give you either a passive or active bonus. Their effects can be quite varied and help navigate some of the more frustrating levels without feeling like you’re cheating. My main issue with them is that they feel imbalanced, with some being deliberately better than others. Of the 30 Artifacts available, I used maybe four regularly, with one in particular being my partner in crime. 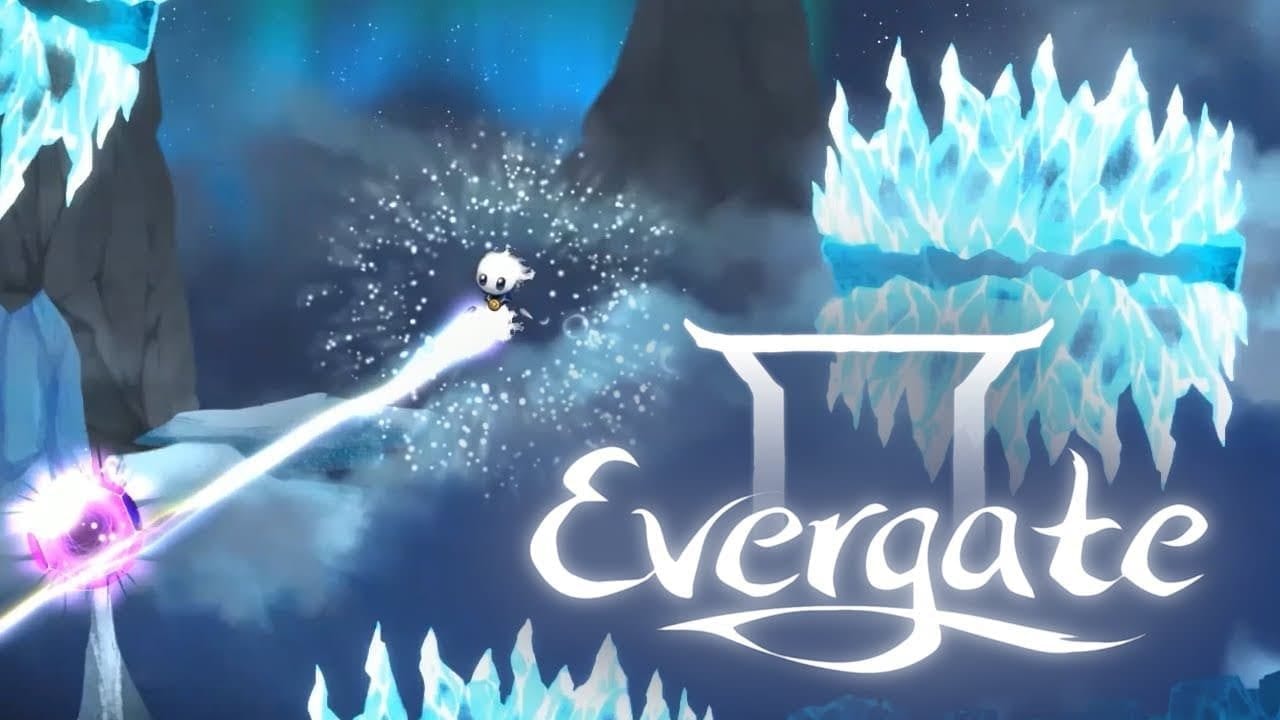 The artifact imbalance becomes more apparent in the additional challenge levels (another reason to complete all the objectives). While they do add to the story levels, by the time I got around to them I was carrying all the best artifacts to breeze through them. I swear there was one challenge level where I went past all the puzzle gimmicks by using an artifact to jump to the exit. What’s more disappointing is that completing all the challenge levels just nets you the Dash ability. Unfortunately, by the time you can earn it, you’re already at the end of the game, and being able to Dash through the final levels may as well be fast-forwarding through the climax.

As soon as I saw Evergate, I was reminded of Ori and the Blind Forest. The game uses simple designs with vibrant lighting and color to create a magical and otherworldly atmosphere. It fits the tone of the story and provides something pretty to look at during play. The music is subtle, but pleasant and fitting being particularly effective during the more dramatic and emotional moments.

Evergate is a puzzle-platformer that lives up to its genre classification. The level variety and difficulty provide solid challenge, but artifacts make things too easy, while the challenge levels add little. Rather than provide a number score, I’ll simply say whether I recommend it or not. If you want a solid puzzler that requires quick-thinking and platforming finesse with some heart to it, then go ahead and step through the Evergate.